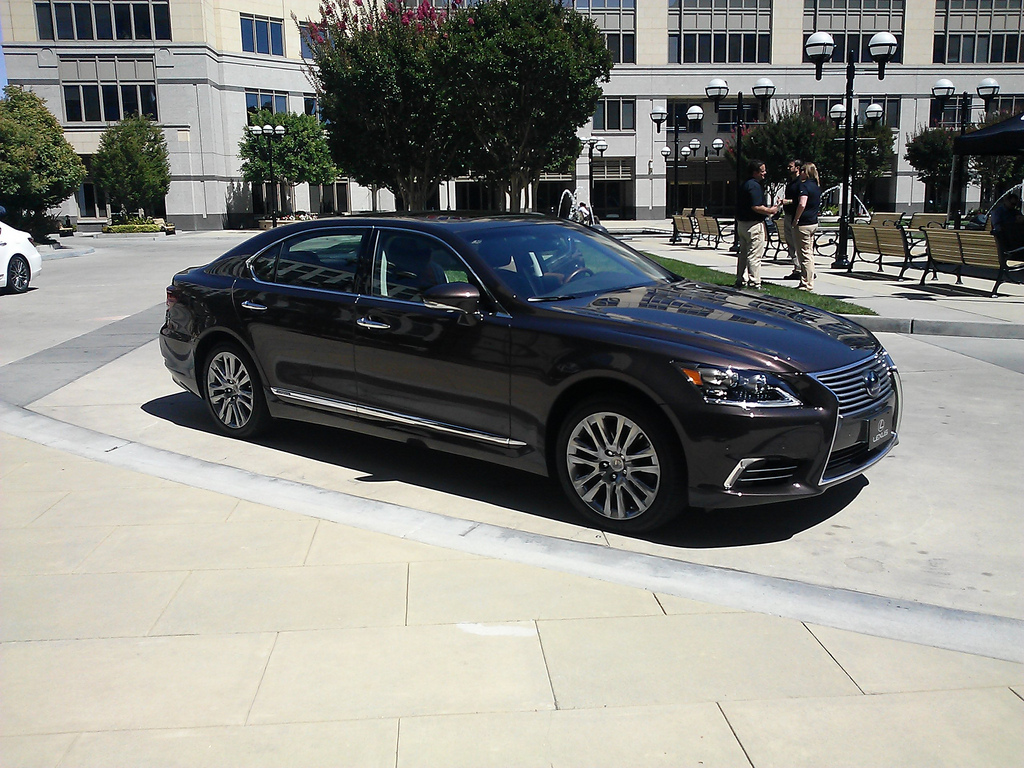 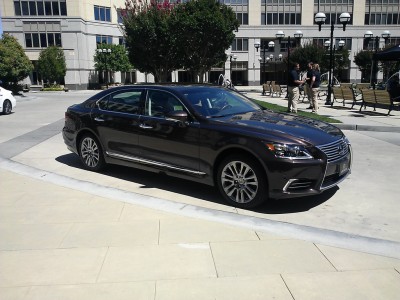 The fifth generation Lexus LS will soon arrive at dealerships, bringing with it a new look inside and out, as well as updated technology. Lexus has redesigned the flagship sedan for 2013, incorporating the bolder, more aggressive lines which were seen most recently on the new ES.

The new spindle grille is the centerpiece of the Lexus redesign, which also includes a peaked hood and much more aggressively sculptured sides and rear, and full LED0powered lighting will be available. A new F-Sport model joins the lineup, featuring even more aggressive fascias front and rear, deeper side body skirting, 19-inch wheels, and 10 mm lowered suspension.

The interiors are heavily revised as well and revolve around a new 12.3 inch multimedia display screen, which has been moved up closer to eye level for easier interaction. This screen can show three different displays at one time — displays like a map, route guidance, and audio system information — all available at a glance. There are also new options such as the Advanced Pre-Collision System (PCS), a Blind Spot Monitor with rear Cross- Traffic Alert, and improved Lane Keep Assist with a Lane Departure Warning. 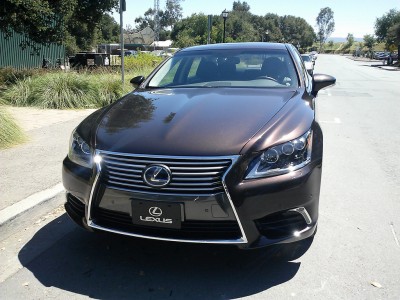 The revised model lineup includes the LS 460 and the LS 460 AWD, the LS 460 L and LS 460 L AWD, the new LS 460 F Sport and the LS 460 F Sport AWD, and the LS 600h L Hybrid. The new LS is in reality a major restyle inside and out, rather than an all new car. Lexus tells us that about 3,000 parts are new or modified, or about half the total. The basic dimensions of the LS — including wheelbase, width, height, and track — are unchanged, and the overall length varies only incidentally. Chassis rigidity has been improved, and the optional air suspension has added Sport, Sport S+, and Comfort modes to its driver selections.

The car has a far more distinctive presence than its predecessor. The spindle grille is fitted into a bolder fascia, and the aggressive peak on the hood makes a strong statement. Overall, the car seems much sportier and more expressive than the old LS, and is likely to appeal to a younger range of buyers. The ES lines translate well onto the flagship sedan, and that’s a good thing for Lexus overall. Incidentally, of the ten exterior shades, five are new for 2013, and the darker shades really set off the new look. 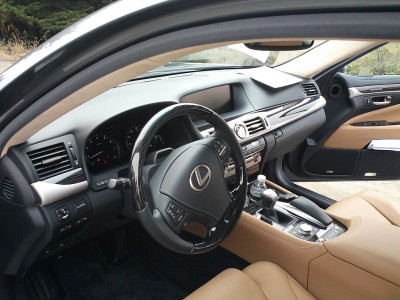 Perhaps the biggest change to the LS is on the inside. The instrument panel is redesigned with a horizontal theme, with a new 12.3 inch multimedia display at the top of the stack and placed under a deep hood. The console is less prominent and more of a supporting player than in previous generations. The quality of the interior materials is superb, with nary a trace of the Toyota heritage even remotely discernible.

While the interior color choices are fairly typical, the black leather with saddle accent was quite tasteful, and the new “Flaxen” tone gives an interesting baseball glove effect. There are five choices of interior trim: Walnut, Matte Finish Ash (which looked the least real to me), Aluminum (for the F Sport), Bamboo (for the Hybrid), and a stunning new Shimamoku, which is made of layers of Agathis wood and finished to a dramatic black and gray effect. It’s a car trimmed like a high end guitar. Lexus has also done quite a bit with ambient lighting, creating displays that welcome the driver and say goodbye when the drive is over, although during our daytime driving I wasn’t able to notice the effect.

Driving the LS has always been a pampering experience, and there’s nothing in the new LS to change that. The car is masterfully quiet, and the ride is superb. The 4.6-liter engine develops 386 horsepower (359 in the AWD version I drove), and again, if one phrase applies, it’s “smooth”. The handling is beautifully serene, but I didn’t mistake the big LS for a 7 Series — or even a Ghost, which is my absolute favorite big sedan. Lexus is clearly trying to make a statement with the F-Sport version, and I regret that I only had one brief ride in it, but it didn’t feel dramatically different than the LS 460 to me, and it shared the exact same drive train — like getting the Sport package on certain Mercedes sedans instead of a full AMG package. Perhaps a real LS-F might make an appearance if the F-Sport proves popular, but I still saw the LS as being a luxury sedan overall.

In short, despite the more aggressive exterior styling, the driving experience is pretty much what we’ve come to expect from the LS: supremely comfortable, technologically advanced, safe and reassuring, but you won’t be looking for the Porsche crest on the hood. And that’s not criticism as much as it is an understanding of where the Lexus fits among the high-end flagship sedans. It does everything well, with a very high degree of technology, but it’s not the most sporting ride on the market. It’s a bit like the old Airbus vs. Boeing argument: Airbus prefers that computers fly the plane, while Boeing leaves the job to pilots. 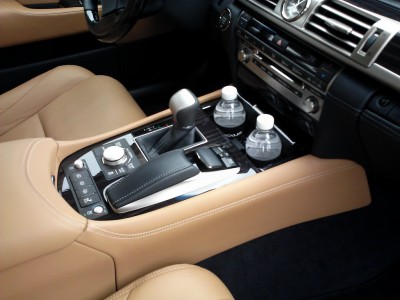 And nowhere is the technology more visible than with Lexus’ Advanced Pre-Collision System, or PCS. We were treated to a real world demonstration, which means being strapped behind the wheel and asked to drive the car right into a barrier at 25 mph. It is extremely counter-intuitive to rush toward a barricade and not slam on the brakes, but I truly didn’t have to — the LS flashed BRAKE across the display and stopped the car without incident. All in all, I came away highly impressed. (Catch a video of the nerve-wracking fun below.)

To summarize, there’s a lot to be impressed about with the new LS. The pre-production examples we drove were supremely luxurious and loaded with electronics: 14-way seats, Climate Concierge Air Conditioning, 18-speaker Mark Levenson audio, a very user-friendly Navigation system with a huge 12.3 inch display, and our LS 460 L even had the available four seater Executive Class seating that could put many a stretch limo to shame. But it’s still more of an Airbus than a Boeing, and that will be just fine with many of the flagship sedan drivers out there.