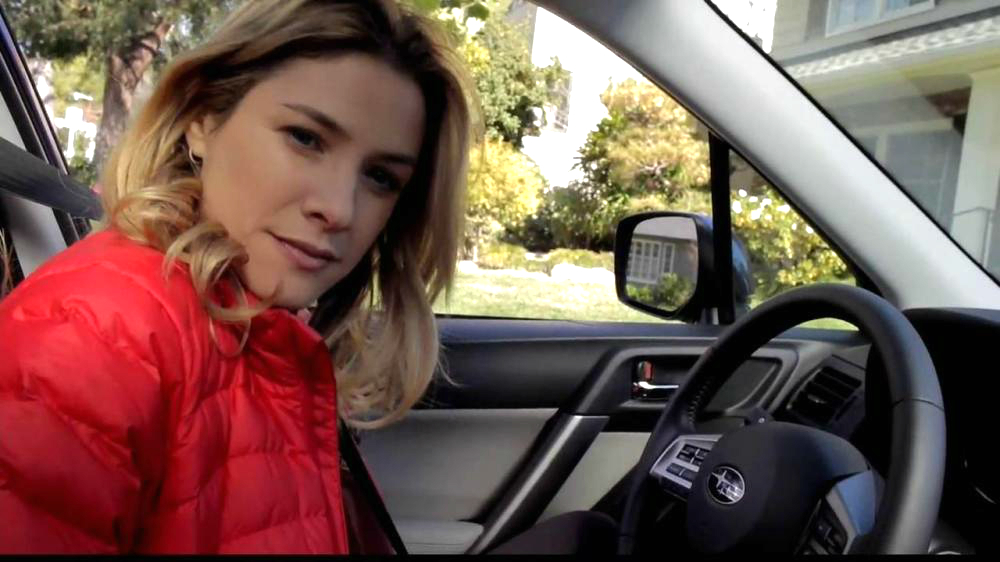 When we think of stereotypical “gay cars”, we often think of the Mazda Miata, the Volkswagen Beetle, the Fiat 500–small, flashy rides that stand in flamboyant contrast to the sober, “manly” pickups and sedans that our fathers might love. (Which is ironic, because the most popular reviews here at Gaywheels.com usually involve full-sized trucks. Go figure.)

When we think of stereotypical “lesbian cars”, however, we don’t think of specific models as much as a specific brand: Subaru. That’s no accident. Subaru clearly has a thing for LGBT consumers–particularly the “L” part of that acronym–but the “Lesbaru” didn’t arise overnight. As this article explains, it was the product of a carefully orchestrated courtship between Subaru and lesbians. An excerpt:

How do you advertise a car that journalists describe as “sturdy, if drab”?

That was the question faced by Subaru of America executives in the 1990s. After attempts to reinvigorate the company’s declining sales with a sports car and a hip, young ad agency failed, they turned to their niche marketing strategy.

“That was and still is a unique approach,” says Tim Bennett, who worked as Director of Advertising. “I’m always amazed that no one copied it.” Instead of fighting every other car company over the same demographic of white, 18- to 35-year-olds living in the suburbs, Subaru would target niche groups of people who particularly liked Subarus.

In the 1990s, Subaru’s unique characteristic was that the company increasingly made all-wheel-drive standard on all its cars. When Subaru marketers went searching for people willing to pay a premium for all-wheel-drive, they identified four core groups who were responsible for half of the company’s American sales: teachers and educators, healthcare professionals, IT professionals, and “rugged individualists” (outdoorsy types).

Then they discovered a 5th: lesbians.

I do have some quibbles with the article. Most importantly, as someone who remembers the 90s pretty well, I don’t think the LGBT community was the “third rail” of advertising. In some ways, we were the cool kids, the ones advertisers kept trying to reach. Because we’re talking about a Japanese automaker, though–Japan being far more conservative on the LGBT front than America–I’m willing to cut the author some slack.

All in all, it’s an interesting read. If you’re looking to take a short break from the sad news still coming from Orlando, it’s a worthy, informative distraction.