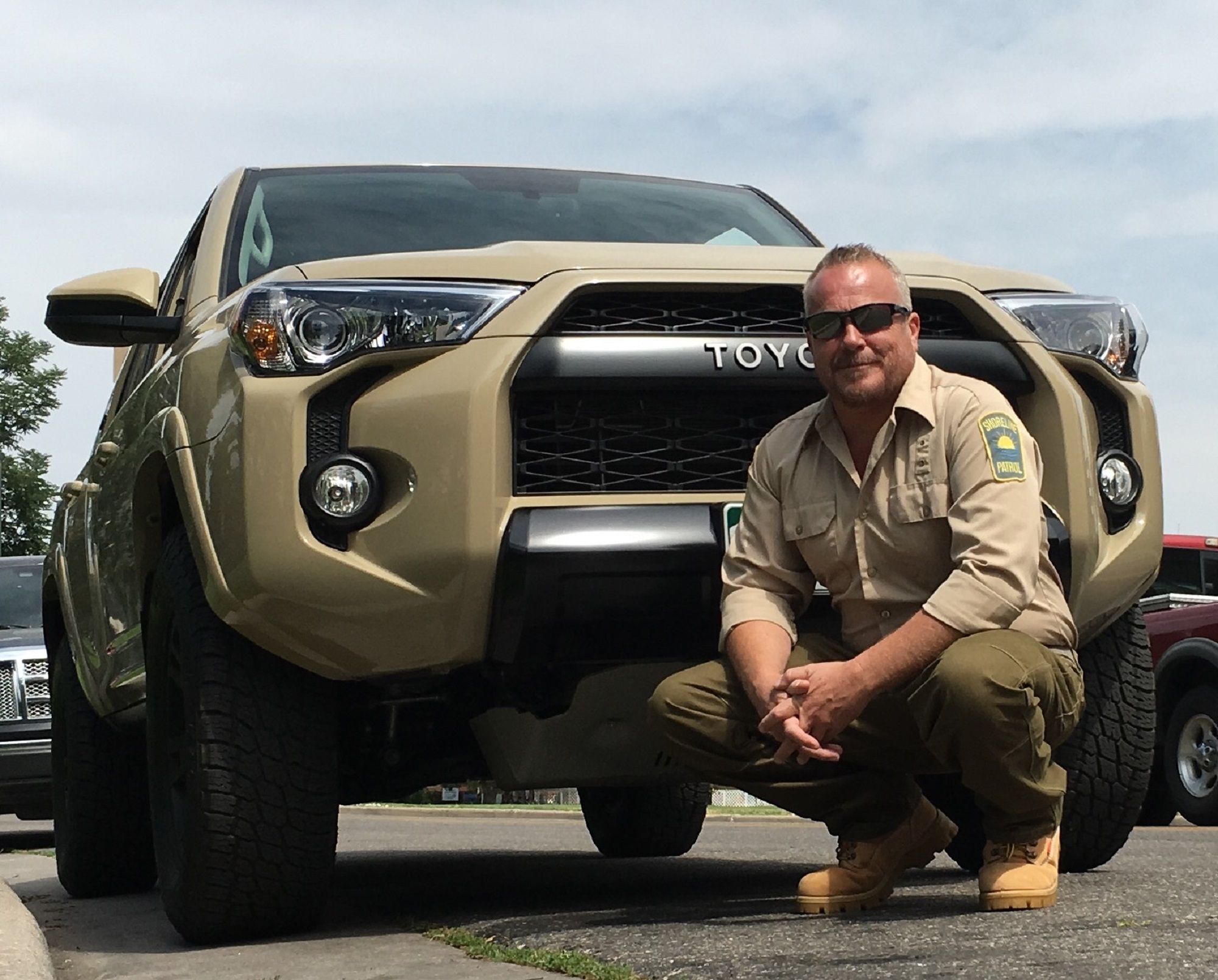 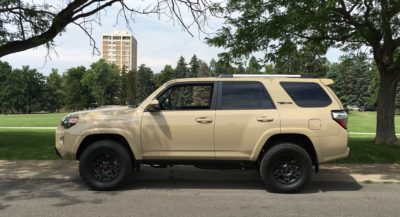 Five generations on, the 4Runner TRD Pro Series was introduced in the United States in 2014. It’s named for Toyota’s Racing Development group, which was created back in 1979 as an in-house tuning shop responsible for improving street car performance and supporting Toyota’s racing interests around the world.  TRD produces a wide range of tuning products, performance suspension components, wheels, and of course my favorite: superchargers. 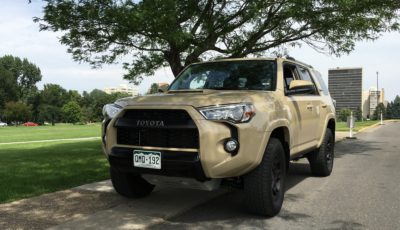 With a nod to its heritage of an old-school truck chassis, this is not your civilized crossover. It remains one of the last on the market to keep to the body-on-frame formula, with a live rear axle that has off-road capability in spades. The Toyota 4Runner 4×4 TRD Pro feels like the sort of tricked-out truck that normally takes guys months of time and thousands of dollars to build, but it’s available right off the dealership lot.

All black 17” x 7” rims with the TRD logo and knobby 31.5-inch, P265/70R-17 Nitto Terra Grappler A/T tires, along with the Bilstein shocks and taller springs, not only give it an inch more ground clearance than other 4Runners, but also a wider stance that exudes sure-footed confidence and sexy looks. It’s topped off with badges, skid-plates, and a grille with the classic TOYOTA marque, and it’s finished in the crowd-pleasing color of Quicksand. 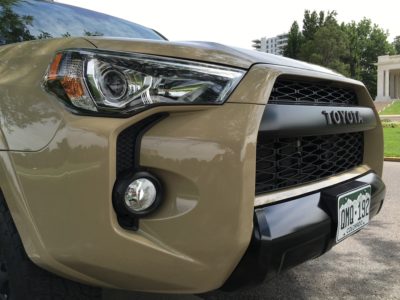 My biggest complaint is that there’s not much of a change to the 4Runner’s standard 270-hp, 4.0-liter V-6 engine. At least the transmission features a manual shift mode, making it easy to find a lower gear to keep the engine closer to its 4400-rpm torque peak, where you’ll find 278 lb-ft of twist. The V-6 is rather gruff at those higher revs, but look at the truck. Some gruffness should be expected–required, even!

I know there have been some recent reviews of the 4Runner, saying that it drives poorly for a SUV, dinging its fuel economy, claiming that it’s under-powered or can’t tow much. It’s hard to please everyone all the time, but if you’re an off-roader, a mudder, an expedition kind of person–as in, take it on a trip to South America–the 2016 Toyota 4Runner TRD Pro is an ideal blend of factory stock vehicle and off-road monster. And it comes with a warranty.

Vehicle provided by Rocky Mountain Redline, LLC./Toyota Motor Sales, USA for the purpose of this review