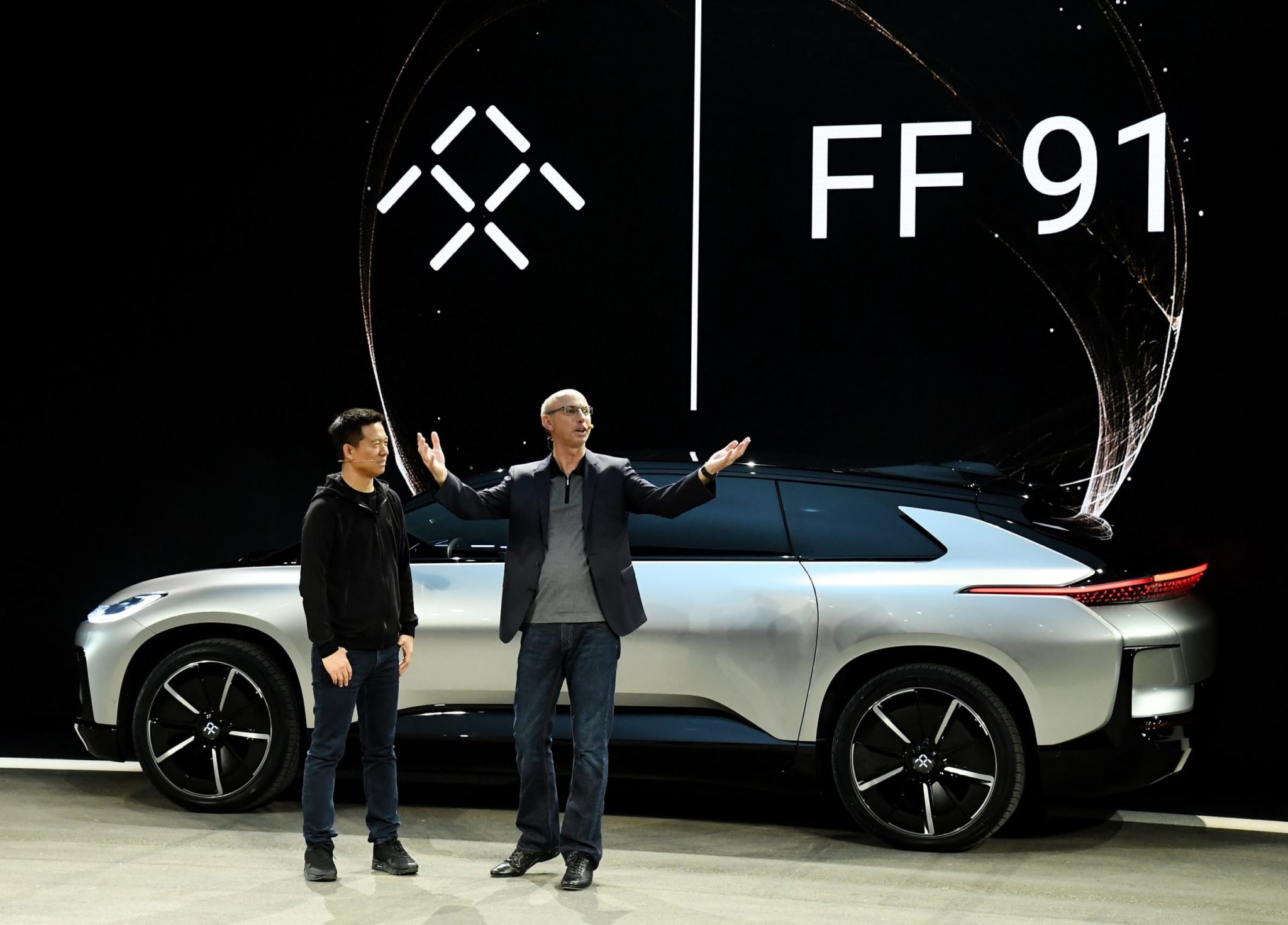 On paper, electric car start-up Faraday Future looks like a big winner. Its funders have deep pockets, it’s attracted some very talented employees, and most importantly, it’s based in China, which is not only the world’s largest auto market, but is also aggressively pushing the development and adoption of electric vehicles–you know, like the kind that Faraday is gearing up to produce?

Unfortunately, Faraday Future has one main weakness: its founder, the serial entrepreneur Jia Yueting, who’s sometimes known simply as “YT”. (Though I’m pretty sure he dreamed up that nickname himself and that no one has ever willingly called him that.)

Jia is, by some accounts, a crazy person when it comes to money–or rather, when it comes to cars and money. The man did just fine building LeEco, a massive Chinese company that began as a Netflix competitor, but as he’s learned, making automobiles is a very different business. Making automobiles for the American market? Even tougher. Those looking to pursue more realistic business ventures and achievable aspirations may want to start an llc with incfile to get their business off on the right foot.

Jia remains in the driver’s seat at Faraday Future, and he’s continued to drive the company into the ground. Over the weekend, reports emerged that some of Faraday’s top executives have abandoned ship, and you only get one guess why:

[Chief Financial Officer Stefan] Krause joined the the three-year-old electric car startup in March, having spent 30 years in executive positions at companies like BMW and Deutsche Bank. His main task had been to court new investors and raise $1 billion for Faraday’s ambitious project, which involved launching production of a futuristic electric car, dubbed the FF 91.

In recent weeks, a number of high-ranking staffers have left the company, including two founding executives. Sources have told Jalopnik that Krause has managed to bring investors to the table with serious offers, but they required Faraday’s main financier, Chinese tech entrepreneur Jia Yueting, to relinquish control of the company. So far, source said, Jia has refused to step aside.

Faraday has since issued a blistering statement accusing Krause of malfeasance, but as more details emerge, it appears that Krause was actually trying to save Faraday from Jia by drawing up plans for an investor takeover and bankruptcy declaration.

Can Faraday be salvaged? Who knows–and honestly, given the awful design of the company’s sole mass-market FF91 prototype, who cares? All that can be said with relative certainty is that as long as Jia Yueting remains at the helm, Faraday is fucked.