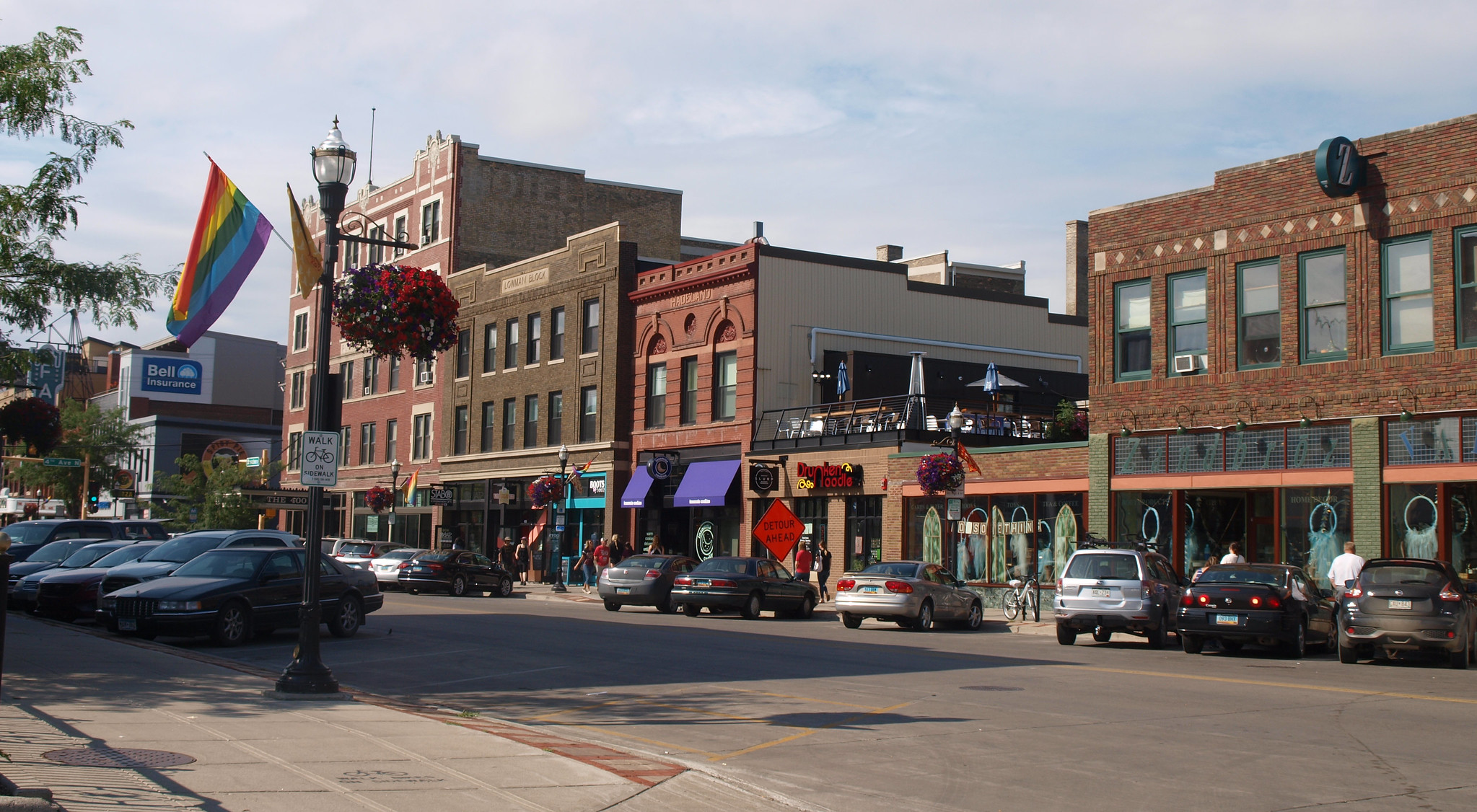 When you think of Fargo, your first impression would be the Coen Brothers film starting Academy Award-winning actress Frances McDormand.

Sadly, your visions of snowy wasteland, funny accents, and quirky characters are far from the truth.

Fargo is a city that defies convention for North Dakota. It is progressive, welcoming, and full of fun times. It also has a sizable brewpub scene.

And, yes, they host a Pride celebration between it and its sister city across the Red River, Moorhead, Minnesota.

About Fargo, it is the easternmost city in North Dakota at the junction of both Interstates 94 and 29. The drive from Minneapolis is about three-and-a-half hours. You can fly into Hector Airport with connections from a few hub airports, including Minneapolis-St. Paul, Denver, and Chicago-O’Hare. Amtrak’s Empire Builder stops there, but in the middle of the night in either direction.

No matter how you get there, Fargo has plenty going for it. It downtown is vibrant with a lot of cool local places to eat and shop.

Yet, it is also a compact place to do a lot. You can walk around quite easily from a meal to a snack to a movie at the Fargo Theater. Parking is inexpensive and plentiful.

In our time in Fargo, we had a chance to dine at The Boiler Room (210 Roberts Alley), which offered “upscale tavern food” with solid quality and great service. For breakfast one morning, we ventured up to the northern end of town to The Shack on Broadway (3215 Broadway N) with superb food and service. We suggest you go before the “church crowd” arrives around 10:00AM. Our burger at Pounds (612 1st St. N) was very tasty and filling.

You can find plenty of local gems outside of downtown Fargo city-wide, as well as in Moorhead and West Fargo. University Drive South has a lot of local food places that will serve your appetite well. A great example was one of our breakfast stops, Randy’s University Diner (2130 S University Dr.) with its great service and food.

As for places to stay, we had a two-night stint at the Radisson Hotel (201 5th St. N) in downtown Fargo. It is the only full-service hotel in the heart of both cities and serves as a great hub for activities in town. Most of the hotels in the Fargo-Moorhead area are located near the junction of Interstates 94 and 29 by West Acres Mall. Moorhead also has some hotels on their side of the Red River.

We were there during Fargo Moorhead Pride weekend, which gave us a sense of what the LGBT community is like on the edge of North Dakota. This area always had an interesting relationship with its neighbors in Minnesota, just across the Red River. That city just across the river is called Moorhead.

As the residents of Moorhead enjoyed greater LGBT rights, including marriage equality, North Dakotans had to wait for their turn at being equal. There were instances where North Dakotans would jump across the river/state line to be free. Nowadays, LGBT residents of Fargo found that they live in a bubble of acceptance and tolerance that protects them from a mass of hate.

Fargo serves as an oasis from the rest of the state. It is a respite from small towns and conservative values that are often associated with North Dakota. Fargo also serves as a beacon for LGBT folks from communities, such as Grand Forks, Valley City, Bismarck, Minot, and so forth.

It is not to say that these places do not have LGBT communities in them, but it appears that the combined metropolis of Fargo and Moorhead proudly houses a more visible community in this part of the country.

With that said, there are no real social outlets for Fargo-Moorhead’s LGBT community. With no gay bars, its residents improvise by finding friendly places to eat to socialize. Otherwise, they have a wonderful resource center in Fargo called the Pride Collective (1105 1st Ave S) that can point you in the right direction.

Fargo can also serve as a hub for activities in this part of the Upper Midwest. You are an hour’s drive to Grand Forks and three-and-a-half hours to Winnipeg to the north. South Dakota is just a couple of hours away. Devil’s Lake, the state’s most renown recreational spot, is two-and-a-half hours away.

If you’re looking for something different but friendly, may we suggest Fargo? And, get to know it very well your next trip there.