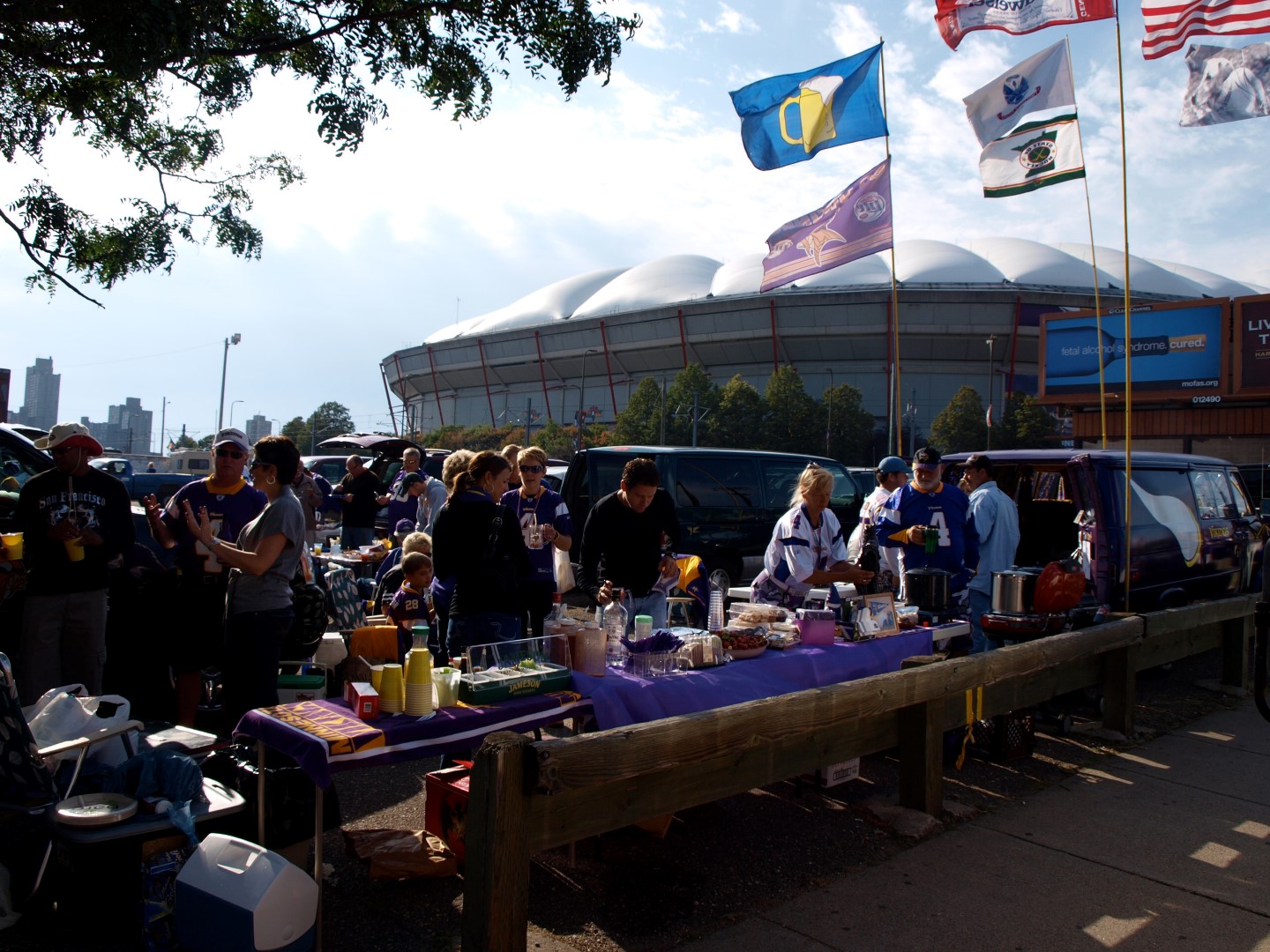 With the last vestiges of summer, we prepare ourselves for fall. With the arrival of fall comes the return of football.

As LGBT folks, we have an interesting relationship with sports. In some places, we are welcomed with open arms into the stands as we cheer for our favorite team or athlete. Yet, there are places where we are not welcomed. The latter is a truth that sadly continues in this day and age for us.

There are some small beacons of light for us. College campuses have a great atmosphere for LGBT students, faculty, and alumni. Sports franchises and leagues that also love us and have programs that welcome us. Plus, we have some “out” athletes that we root for no matter the sport.

What is a tailgate? Rather how does one do so?

There are two approaches to tailgating. One is a simple approach involving a quick trip to the store or a nearby fast-food restaurant, a cooler, some beverages and a few folding chairs. When you get to the parking lot, you open up the rear of the vehicle, the cooler and a few beverages. The food comes shortly afterward.

Then, there are those who are adventurous about their tailgating. It may involve a small grill or something much larger from the back of the house. It may also involve the lawn furniture and a few other things – including a portable audio system with a smartphone link of some sort.

For the grill, you go to a good supermarket to get the best cuts of meat, better franks, brats…you name it. It could be the local butcher that may benefit from your parking lot culinary adventure. Plus, a simple raid of the deli counter, snack row, cheese display, and soft drink aisle. The next stop is the liquor store, where you choose your libations from inexpensive beers to top-shelf liquors.

That’s just the centerpiece of a tailgate – food, drink, and some entertainment. There is another component to consider for your tailgate – the vehicle.

Most people will bring out a pickup truck, a van, an SUV or crossover, a wagon, or anything that can carry most of the items listed above. It also becomes the hub of a tailgate for the simple reason that it all starts from that part of your vehicle.

A tailgate is called as such because it all began with station wagons lined up with their tailgates down, serving as a buffet for pre-game activities. It has evolved from there – the more sophisticated ones may resemble some form of “glamping” than a basic tailgate.

The tailgating atmosphere also varies depending on the venue and level of the sport. You expect big-time tailgating at National Football League games, as well as the big-time universities that have a championship tradition. Most people consider it like a big sport festival, with food, drink, laughter, and the exciting chatter of fans discussing the odds of the game and placing bets while checking out predictions here on their phone.

There is also etiquette at a tailgate. If you wear the opposition’s jersey, t-shirt, or some other team the home team hates – you might not be welcomed at big tailgating session. If you wear the same jersey as everyone else, graciously accept their invitation to their tailgate. You might make some new friends.

You can. There had been some instances where there were tailgates held for LGBT people at sporting events. A quick scan of Outsports.com usually reports such events. We found such events involving Major League Baseball and NFL franchises.

Another way is to connect with your fellow LGBT alumni at the university or college you hold your degree from. During the school’s homecoming, there is always some form of programming involving its LBGT alumni – maybe a tailgate before the big game?

Or, you can find Andrew Brauhs as he continues to embark on his College Football Tour across the U.S.A. If you find him, tailgate with him and his husband.

Perhaps the friendliest place to find fellow LGBT fans and love for our community is at any given Major League Soccer pitch. If you love soccer, then the best professional league in North America will be familiar ground with rainbow flags and scarves flying around the stands.

Do fans of the WNBA and NWSL tailgate, also? Maybe. Most likely NWSL venues have them. After all, soccer fans are passionate about the sport, their clubs, and provide the best atmosphere to celebrate the game.

As for the WNBA, the party’s always inside the arena. For the sports-loving LGBT person, it’s best to seek out the friendliest tailgates and celebrate along with your fellow fans. Make sure you’re wearing the right t-shirt or hoodie for the occasion.