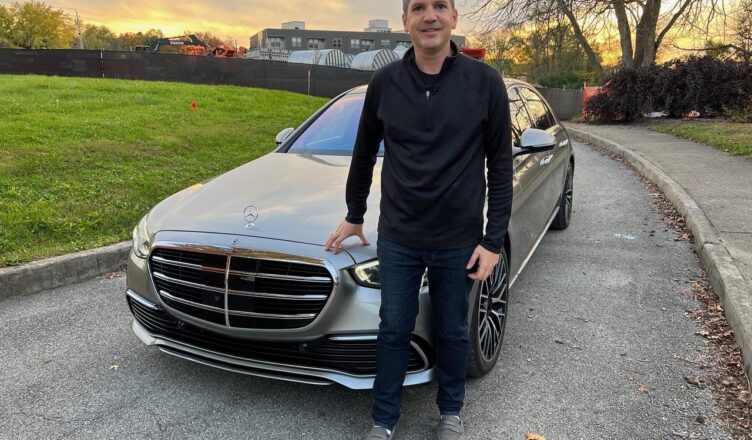 Mercedes-Benz, the company that invented the modern automobile in 1886, will have introduced its last gas-powered car by the middle of this decade. There’s a good chance it will no longer be selling gas-powered cars at all by 2030. In their places will be full electrics like the EQS and EQE sedans. Until then, though, we’ll enjoy the best gas-powered cars Mercedes ever built – cars like the 2021 S580 4MATIC.

My daughter doesn’t care what era we’re in; she’s just enjoying riding in the back as we rush towards Ouabache State Park in northern Indiana. We are not out of the driveway before she snatches the removable touchscreen from the center armrest and flexes her forefinger to adjust ambient lighting colors (too many to count) and select her massage profile (settled on “Mobilizing” because she “had a rough day in second grade”). 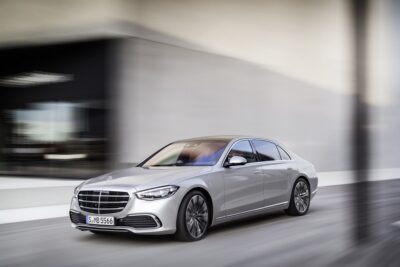 There are still many traditional Mercedes cues too. Glossy Slate Poplar wood planks the dash and doors while soft diamond-stitched Nappa Leather upholsters seats that are heated and ventilated. Armrests and the steering wheel are also heated lest any skin or bony appendages touch unconditioned hide. My daughter even saw fit to give me a massage up front and tuned the Bermester High end audio system to crisp saturation while she reclined her rear throne and extended its calf rest.

Looking at the car’s front from the curb, the grille is flusher, the body is sleeker, and the rump’s more rounded. Gaze longer to notice 20” wheels, panoramic roof, elegant chrome detailing around the windows, and soft close doors. I prefer the ribbed taillamps of yore, but the triangular units look good – as do adaptive LEDs headlamps. 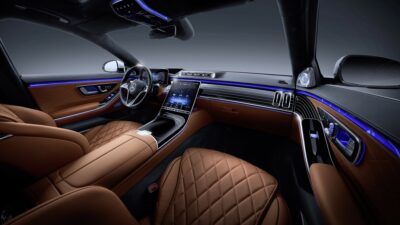 Set your eyes on the horizon and stomp into the left lane to leave all of the little mortals behind. That traditional Mercedes grille fronts a 4.0-liter Biturbo V8 dispensing 496 horsepower to the all-wheel-drive system through a smooth 9-speed automatic transmission. Kill stop/start straight-away to avoid annoyances. This isn’t just a car; it’s a rival for trains and jets when crossing European countries. Given that, fuel economy ratings of 17/25-MPG seem like peasant food.

The S580 is sublime, but not perfect. Especially with 20” low-profile steamrollers at the corners, potholes can come with harsh thunks despite an air suspension. It’s worse in Sport modes, but on the highway, the car wafts down the road as if riding on iron sponges. Toss it into a corner and the electronics plus rear-wheel steering transform this Pullman car into a sport sedan. And, the rear-wheel steering allows the big sled to turn circles around compacts.

Mercedes-Benz will likely never build another car like this. I’m sure I’ll love the electric EQS with its three-zone Hyperscreen dashboard and silent spine-bending acceleration, but I’ll miss seeing the big chrome star at the end of a long hood and a torquey V8 beneath my bum. What does my daughter think? She doesn’t really care because she’s three winks deep in a massage-induced nap. Good thing she doesn’t have to pay because the S-Class starts at $109,800, rising to $146,290 as tested. 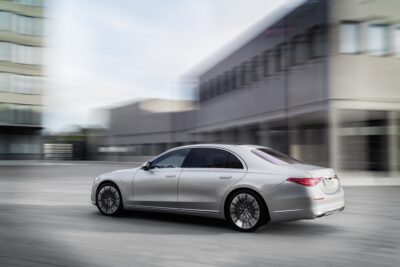