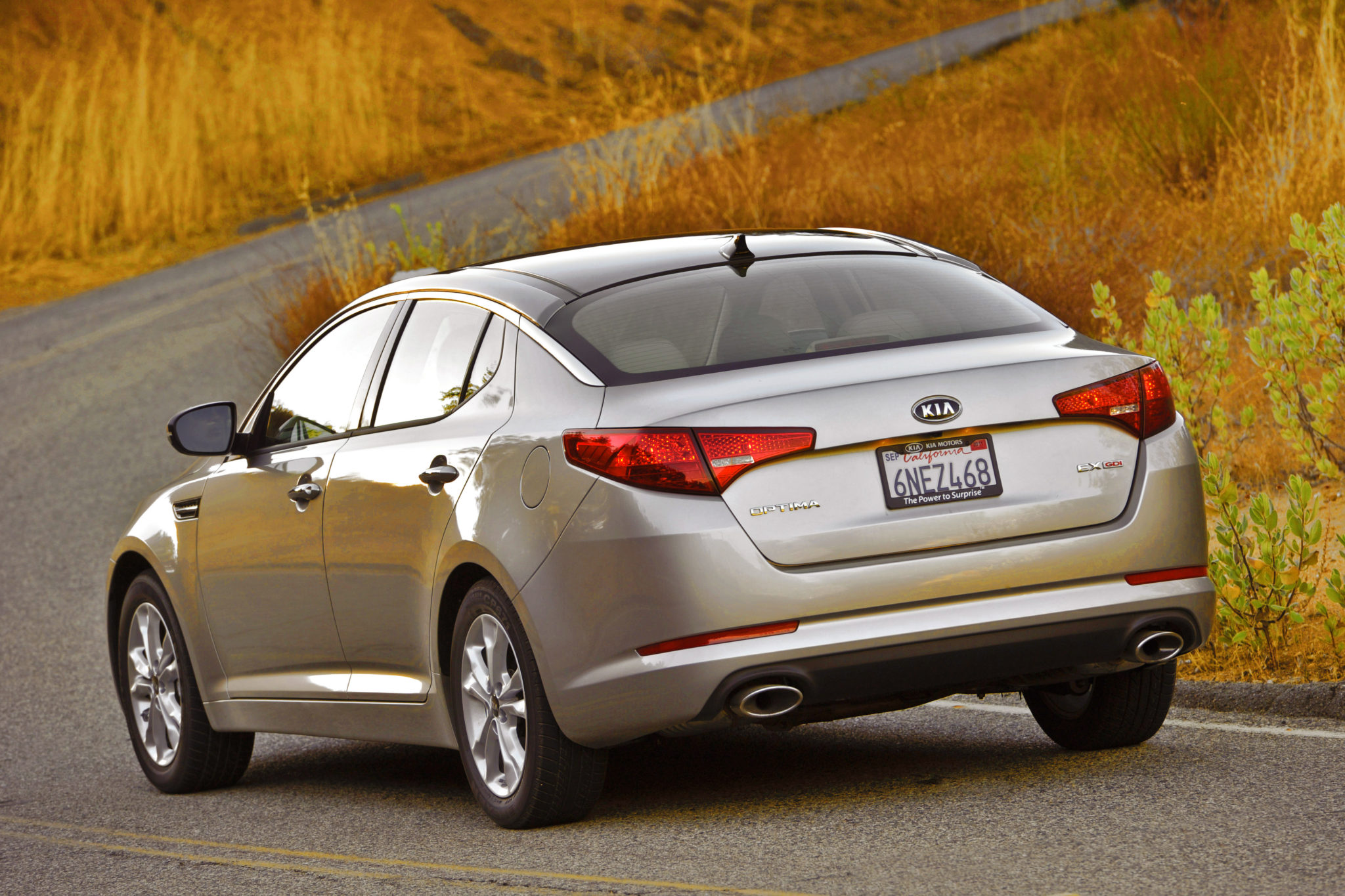 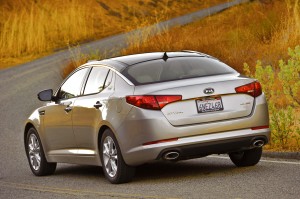 If Darth Vader had a Commute (On Wheels, That Is)

They are everywhere, but seldom noticed. Parking lots are full of them, yet they receive nary a nod. Like undocumented domestic help, they are relied on but seldom mentioned publicly. Of course I mean the mid-sized sedan, the embodiment of greige, the unwaxed, unloved, and often unwashed workhorses that take Mr. and Mrs. United States of Generica on their daily commute, often with little thanks or even acknowledgment.

If there were such a thing as a Most Unloved Automobile award, it would go to the mid-size sedan, followed by a loud public yawn. The automotive equivalent of the strip mall, this segment of vehicles primarily exists to fit the tastes of time and cash-strapped commuters, and major rental car companies. While the entries in the segment tend to be competent and reliable choices, they tend to be a bit low on the glam scale. No twelve year old buys a car magazine because there’s a beige Camry on the cover. And the Kia Optima has been trodding along in the middle of the pack- affordable, reliable, neither a penalty box nor a reward- a good car, but way low on the glamour.

Until the advent of Kia 2.0, that is. The latest testament to the design-led transformation of the Kia brand, the former dowager is no longer a wallflower. Transformed from the wheels up, it’s now a standout more suited for Darth Vader than Debbie Downer.

Longer, lower, and significantly wider, the car that Kia describes as the “antidote for sedandom” is a totally new product based on a platform shared with the Hyundai Sonata. But that’s where the similarity ends, as Kia has an aggressive and unique exterior that shares no panels with its Hyundai brethren. The streamlined design features an angularity which gives the car a purposeful look. From certain angles I detect the influence of European sedans such as Saab and Alfa Romeo 164. The new Kia signature tabbed grille has an aggressive texture and a matching lower grille encapsulates the fog lamps giving the car a Darth Vader-like smile. The shape of the grille is reflected in the upper windshield line, a thoughtful touch. Flared fenders, a nicely integrated rear spoiler, and four different wheel choices (including two factory 18″ choices) all add up to make one very aggressive looking sedan.

The transformation continues into the interior. The center stack of the console has been angled 15 degrees toward the driver for a sporty cockpit feel. The interior materials are significantly upgraded, with attractive and comfortable leather seating standard in the uplevel EX and SX models. All models include a standard power driver’s seat, trip computer, AM/FM/CD/MP3 audio with Sirius Satellite Radio, USB input, power windows and locks, and even a cooled glove box. Optional features include navigation, Infinity audio, and an enormous panorama sunroof with full power shade. Kia’s hands-free UVO system, similar to Ford’s SYNC, will be available mid-year.

The Optima utilizes Kia’s own 200 HP Theta 2.4-liter four-cylinder powerplant and the 274 HP Theta II 2.0-liter four cylinder. Both engines are shared with the all new Sportage I drove last month. Independent front and multilink rear-suspension is used on all models. A six-speed manual transmission is standard on the base LX with a six-speed automatic as an option. The automatic is standard on the EX and SX models. Fuel economy numbers are impressive, with the 2.4-liter engine achieving a rating of 24/35 mpg with a manual transmission and 24/34 mpg with the automatic, and the turbo coming in at 22/34 with its standard automatic.

We spent a day driving through the Temecula wine country. Our test car was the EX trim with the 2.4-liter engine and premium package. My initial impression is that the Optima is smooth, stable, and confident. The ride is equal to the best cars in the class and the drivetrain is smooth and competent, although sporting drivers will no doubt prefer the 2.0 turbo to give the car a sporting character that lives up to its styling. Yes, the electric power steering is a bit numb but that’s a bit the nature of the beast. The overall road manners are quite competent and it is high praise to Kia that the Optima behaved very similarly to the leaders of the class- Accord, Camry and Malibu- cars they simply were not able to compete with in the past. The gap has been closed and the Optima is a serious contender worth consideration. I was particularly impressed with the optional panorama sunroof, it provided a light and airy-feeling cabin, yet could be fully closed with a power shade, not just a screen.

So, all-in-all, Kia has come up with a very competent car that offers standout styling and a fantastic panoramic sunroof to brighten your commute. Pricing is yet to be released but the base LX is expected to be around $18,000. If Kia achieves residual values with Optima anywhere similar to what they achieved with the redesigned Sportage, they could become a player in the all-important lease market. So, if you’re after a mid-size sedan, the 2011 Kia Optima might be worth checking out. Tell ’em Darth sent you.