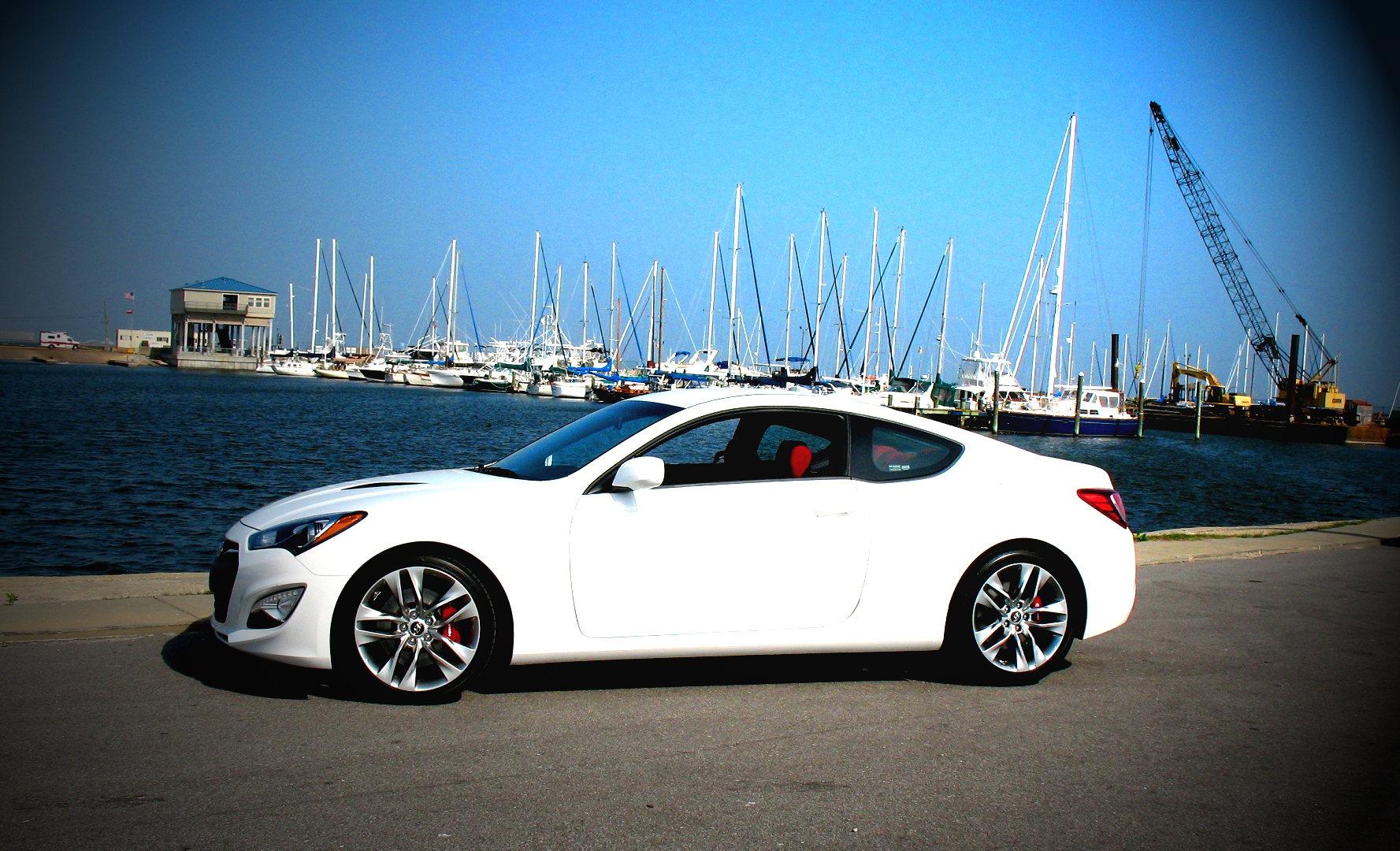 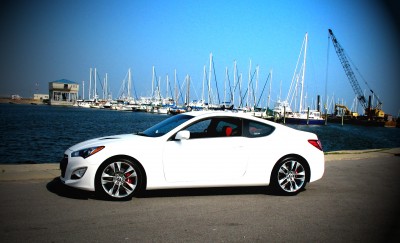 As we’ve mentioned before, Hyundai doesn’t value its LGBT employees. If it did, it would offer a least minimal protections to ensure that they’re treated fairly in the workplace.

On the other hand, Hyundai has turned out some very impressive cars over the past few years. They’re well-styled, nicely built, and they’re often priced below comparable models from other automakers.

So, given all that, here’s our dilemma: (a) can we be truly fair in our assessment of Hyundai rides, and (b) should we encourage LGBT readers to support a company with workplace policies that lag behind nearly all of America’s major corporations?

The answers are (a) absolutely, and (b) we’ll leave the deciding to you. 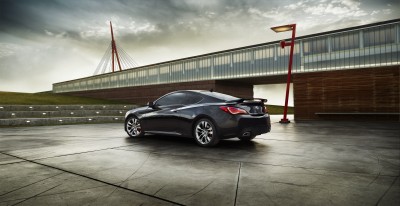 Walking toward the refreshed 2013 Hyundai Genesis Coupe, you’re immediately struck by its powerful silhouette and the graceful creases in its sheetmetal. The lines of Hyundai’s “Z-shape” design are easy on the eyes, drawing your attention back, away from the aggressive grill, along the headlamps and angled character lines, to the sleek, wraparound tail lights. You can see elements of the Hyundai Genesis sedan beneath it all, but they’ve been simultaneously shrunken and pumped up — like elegant Patrick Stewart reimagined as a diminutive, world-class gymnast.

That sleekness is interesting, because Hyundai enjoys comparing the Genesis Coupe to vehicles that look decidedly different — namely, American pony cars like the Ford Mustang and the Chevrolet Camaro. Up against those low, wide-stance rides, the Genesis Coupe appears practically streamlined by comparison. It’s a much closer match for the Infiniti G37 (to which Hyundai also compares it). 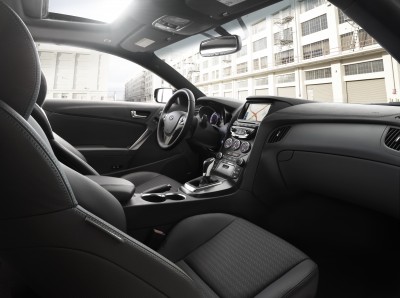 Open the door, though, and the competition between the Genesis Coupe and those other models gets a lot stiffer. True, the Genesis feels compact — twin cockpits for the driver and front passenger are built like cocoons — but the seats are amply sized and cozy, not cramped. (The backseat, on the other hand, seems made for Linda Hunt. Look her up, young people.)

The interior finishes and layout are also attractive. Strap yourself in, and you’ll be facing stitched leather upholstery on the dash and on the steering wheel. The electroluminescent gauge cluster is sexy and efficient, and nothing feels excessively plastic-y — unlike some other rides we could name.

If I had one complaint about the model I tested, it would be the size of the telematics screen, which was just big enough to display the time and the radio channel. You can get a bigger, seven-inch touchscreen, but not as a standalone option: it comes as part of the Premium, Grand Touring, and Track packages, which tack around $3,500 onto the sticker price, depending on whether you opt for the 2.0-liter or 3.8-liter engine.

But the most important part of any test drive is the drive itself, and on that count, the Genesis Coupe didn’t disappoint. I was lucky enough to land a manual model, and when I pushed the car’s start button, I was greeted by a pleasantly tuned rumble. (That’s largely because Hyundai routed an intake sound induction pipe right to the Genesis’ cabin to make sure drivers and passengers feel the noise.) 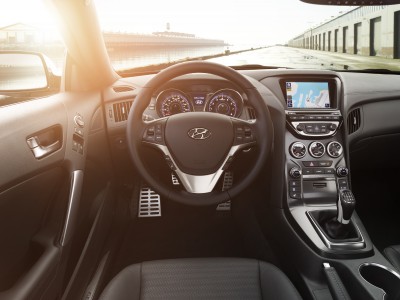 Acceleration was good thanks to the 3.8-liter V6 engine’s 344 hp and 292 lb-ft of torque. Though rear-wheel-drive models like the Genesis can occasionally be tough to steer on slick or icy roads, the storm clouds that gathered overhead during the warm, Mississippi afternoon managed to stay quiet for the entire trip, leaving me with bone-dry asphalt. On the winding backroads fronting the Gulf Coast, the car bit into the pavement with a pleasant grind. The ride wasn’t as cushioned as it would’ve been in a luxury sedan, but you don’t buy a car like the Genesis Coupe to skim lightly over the roadways. You want to feel a touch of pavement under the tires, and from my seat, I got just the right amount of that.

The 2013 Genesis Coupe is also offered with a slightly less-peppy 2.0-liter in-line four-cylinder engine  that cranks out 260 hp and 260 lb-ft of torque. The 2.0 earns solid fuel economy of around 20 city/31 highway, while the 3.8 gets 18/28. Both versions are available with the six-speed manual transmission I tested — or, if you prefer, as an eight-speed automatic with paddle shifters.

Bottom line: if you’re the sort of person who hasn’t shopped at Target in nearly two years because of the company’s anti-gay political contributions, you’re probably not going to be swayed by any Hyundai. Skip on over to our list of gay-friendly automakers and find a car that’s a better match for your values.

On the other hand, if you’re willing to cut Hyundai some slack and you need a fun-to-drive, sporty ride for yourself and one other person, you could do much worse than the Genesis Coupe. It’s nice to look at, solidly built, and Hyundai carries the third-highest residual value of any auto brand on the road, just behind the decidedly more-gay-friendly Subaru (#1) and Honda (#2).  In fact, Hyundai rides offer so much bang for the buck that more than a few LGBT drivers have held their noses and signed on the dotted line. Only you can make the call.