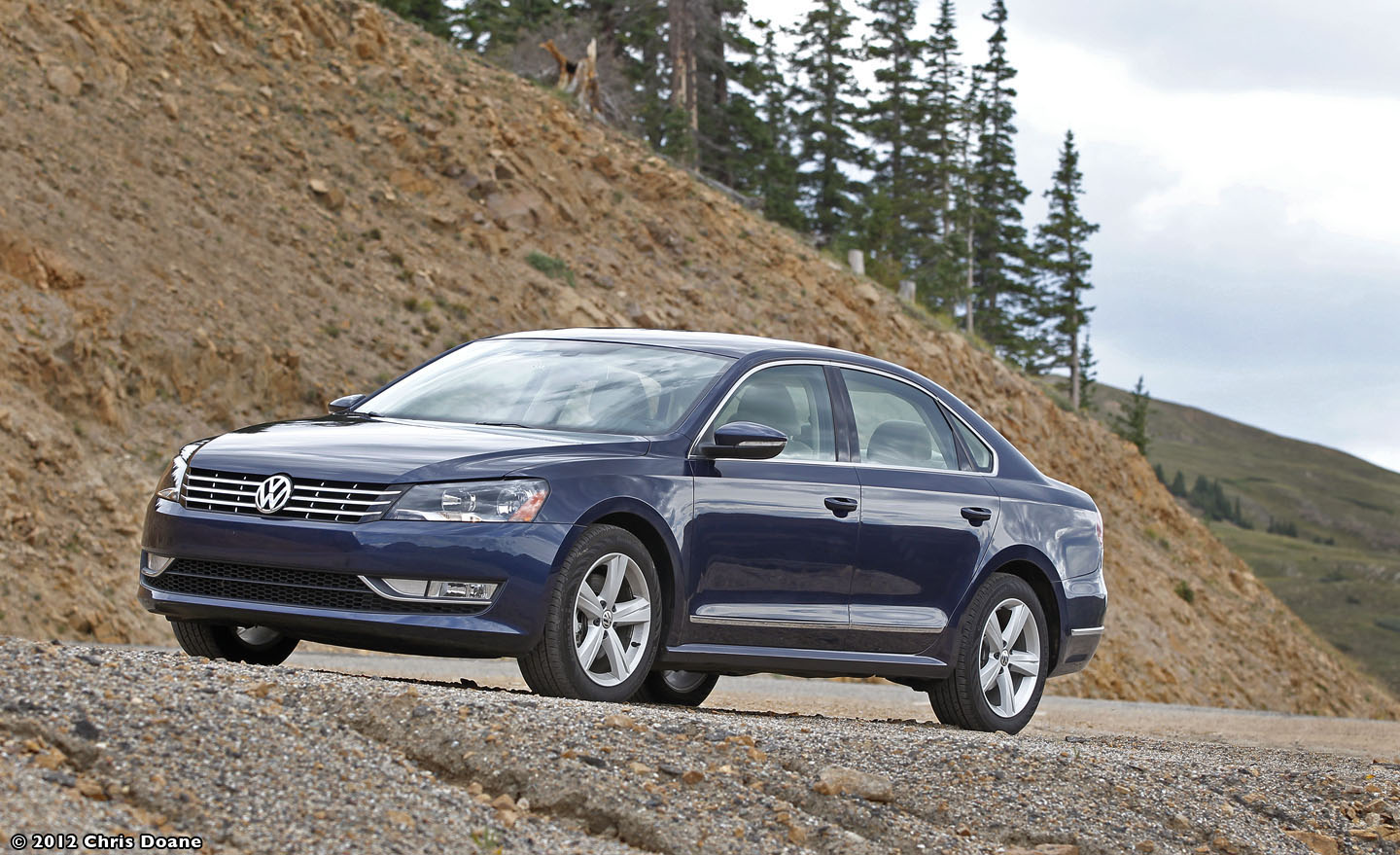 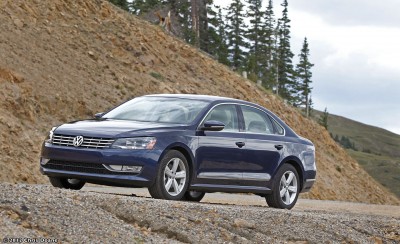 It’s midweek and I’m cruising down the interstate when I come up behind one of the Passat TDI’s diesel brethren from a few decades prior: an early 1980s Mercedes.

The tortured Benz is loud, emitting a voluminous black-gray smoke screen. Judging from its lack of ability to pass a semi, I assume it’s a non-turbocharged 300D. A quick look at the trunk lid badging confirms it.

Back in the 80s, I’m not really sure what the appeal of the 300D would’ve been. It wasn’t the diesel’s fuel economy, which fell between the high 20s and low 30s: gasoline was $1.20 a gallon, and luxury buyers wouldn’t have thought twice about filling up at that price. It wasn’t the 300D’s performance either: it arrived with a meager 83hp, 120 lb-ft of torque, and without the turbocharger, it had “John Deere” acceleration qualities.

However, the car did have one redeeming quality: the diesel motors in the 300 were built to be absolutely bombproof. The first 100,000 miles were simply the break-in period. These days, to see Mercedes 300Ds reaching half a million miles or more isn’t uncommon. The one I’m passing on the highway looks as though it might be past the half-million mark, but there it is, still going. Well, sort of.

Pulling my mind back into the cabin of the Passat TDI, the contrast is pretty stark. I’m driving at a casual 72 mph, and the car isn’t even breaking a sweat, humming along at 2200 rpm. No diesel racket, no smelly gray cloud, no lack of ability to pass at highway speeds.

Thirty years of diesel technology advancements has turned a car that roared, coughed and smoked into a sedan that behaves like all the rest and sips diesel at a miniscule rate. 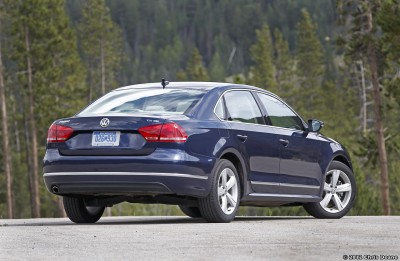 Walk onto a Volkswagen dealer lot, and the only real visual cue to tell the diesel Passat apart from the gasoline model is “TDI” badge on the back.

Once you pop the hood, you’ll be face to face with the TDI’s biggest change: the 140hp, 2.0L four-cylinder turbo-diesel engine. As with all diesels, it’s the 236 lb-ft of torque that really gives the Passat TDI its oomph.

Past the different power plant, the other significant change is waiting for you in the trunk where the urea filler spout is located. Urea, or AdBlue as VW dubs it, is a liquid that’s injected into the exhaust, greatly reducing the terribleness of diesel exhaust and allowing the car to meet U.S. emissions regulations. That might sound like an added hassle, but one tank of urea in the Passat should last you 10,000 miles, and is timed to be part of your regular oil changes.

If the urea tank does happen run low, as it did during my week with the Passat, the car gives you something of a stern warning, but it comes well in advance of the urea tank going bone-dry. With 800 miles of urea range remaining, the warning light advised that the engine would not be able to start once the tank was empty.

The good news is, a gallon of urea cost me only $6.99 at a local auto parts store and took all of three minutes to buy and pour into the tank. If you can’t manage to do that within 800 miles, the problem might be sitting in the driver’s seat.

Both the diesel and gasoline-powered Passats feature a six-speed DSG transmission that is Michael Phelps, race-day smooth. You’ll barely feel the first two shifts, and you’d have to have your eyes glued to the tachometer to know the cogs are swapping once you’re into third gear. 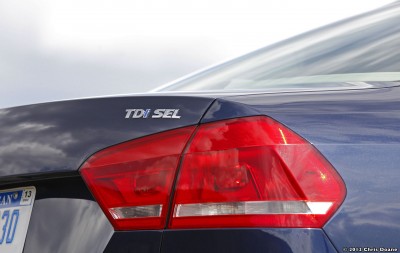 The Passat TDI is a purpose-driven ride. It’s meant to be a comfortable, mid-size cruiser that gets phenomenal fuel economy, and it reaches those goals with ease.

The most impressive part — and the reason you’ll buy this sedan — is the fuel economy. With the automatic transmission, the EPA says the Passat will get 30mpg in the city and 40mpg on the highway. However, that’s not really accurate.

One of the quirks with diesel engines is that it takes longer for them to break in than gasoline motors. In fact, 10,000 miles is the number most TDI aficionados use for a good break-in period. During that time, the piston rings in the engine will become better seated and the compression in the engine will improve. The end result is even better fuel economy.

The Passat I drove had nearly 17,000 miles on it by the time I slid behind the wheel, so this diesel engine should’ve been operating much closer to its full potential than a brand-new one. Much of the driving I did was on hilly roads, and with a less-than-light foot. Despite that, the Passat still averaged 42-44mpg. That’s 2-4 mpg above the EPA highway rating, and all while driving like a teenager who’d just got his license and the keys to dad’s car.

Once I eased off the throttle and returned to a regular pace, the mpg started creeping towards 50 mpg. Use the cruise control for all your highway driving, and a mileage number beyond 50 mpg wouldn’t be out of the question.

On the downside, the Passat’s fun factor rates somewhere around “mashed potatoes”. The suspension is tuned for comfort, not cornering. There is a decent helping of body roll, and over large bumps or rough road, the Passat can feel downright floaty. That’s great if your mom is in the passenger seat, but not so good if you want to go hunting for the corner apex.

Additionally, the turbo lag is pretty noticeable. Floor the accelerator, and for the first two seconds, not much happens. That can make jumping out into traffic from a dead stop a pretty interesting gamble. Once the turbo is spooled up, power delivery is adequate.

In the end, I can forgive the Passat TDI for not being a sport sedan because that isn’t what it’s supposed to be. In the same way that a hybrid or electric car makes sense for city drivers, this VW makes huge sense for people who spend most of their commute on the highway.

Unfortunately, a fun-to-drive diesel doesn’t really exist in the U.S. market yet, but a midsize sedan that can achieve 50+ mpg can’t be ignored. Going out to the car the next morning and thinking, “Didn’t the fuel gauge say that yesterday morning?”, wasn’t a bad feeling at all.