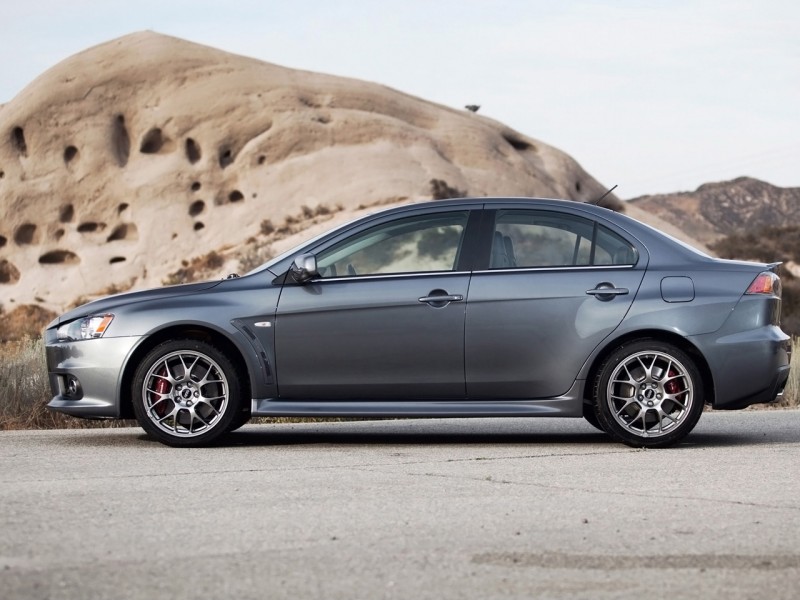 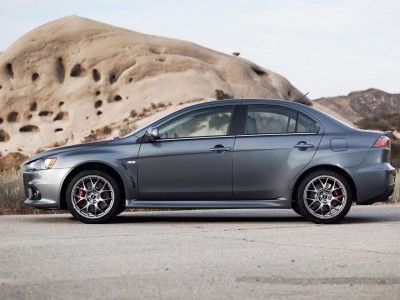 Flashy rides and flashy guys: nine times out of ten, both are frontin’ for what they don’t have. But if your blinged-out boyfriend has cash to spare, then it’s not bragging, it’s just fact. The same is true with the 2013 Mitsubishi Lancer Evolution.

Pedigreed through decades of tearing up the rally circuit, Mitsubishi’s little Lancer transforms into a terror when endowed with Evolution (Evo) upgrades. The most obvious are the Evo’s 18” alloy wheels shod with summer tires, a rear air diffuser, flared fenders, fender gills, and hood heat extractor vents. Look closer, you’ll notice that the hood, front fenders, and roof panel are made of aluminum — all to keep weight at a minimum.

Slip inside, and you might believe that the rib-gripping, leather-upholstered, Recaro buckets and steering wheel were sent down by God, but you’ll wonder why his pit crew didn’t upgrade the cheap dash plastics and door trim. On the infotainment deck, there’s no USB port (a staple in nearly any car today), but thankfully, Bluetooth is standard. Automatic climate control freezes the air — in my case, in 95-degree heat. Heated seats, keyless entry/starting, driver’s side knee airbags, and a thumpin’ Rockford Fosgate audio system win raves. 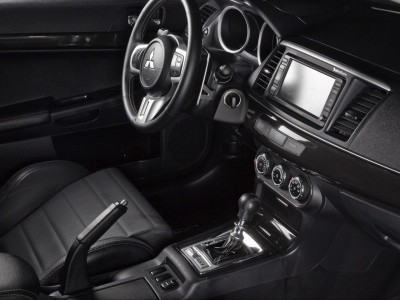 Cults form around the Evo’s 2.0-liter, DOHC four-cylinder engine, fortified with a twin-scroll turbocharger and intercooler to generate 291 hp and 300 lb.-ft. of torque. My GSR test car was blessed with a five-speed manual transmission that allowed me to rev up the banshee to 7,000 rpm on my own terms, but you can also get one with a six-speed, paddle-shifted automatic. Although those specs may not sound any more impressive than a V6 Camaro, the Evo brings on power in waves of turbine ecstasy that will have you giggling. No so funny? You’ll burn gas at a rate of 17/23 mpg city/hwy.

A tall sixth gear could work wonders with the fuel economy, but nobody buys this car to save money. They want to feel that turbo-twisting all-wheel-drive. To manage power on all roads, the system features an active center differential, active yaw control rear differential, and limited-slip front differential — all above the safety net of electronic stability control, electronic brake-force distribution, and Brembo discs. Unlike in rear-drive sports cars, it is nearly impossible to upset the Evo, even while acting like a petulant child. Stomp the throttle, or go in easy, because it doesn’t really matter. 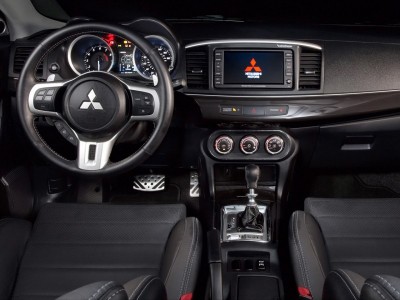 To get some road time (and to see J-Lo in person), my sister and I took a six-hour drive to Chicago. I liked the Evo’s seats myself, but it was a little difficult for my sister to make a graceful exit. Whether on city streets or interstate, the ride was firm, but soaked up rough pavement without shaking teeth. A front tower brace kept the body from quaking. Trunkspace was mostly devoured by the audio woofer, and seats didn’t fold, but otherwise, the car seemed livable as a daily commuter. Even my sister loved shooting out of toll booths.

Not everybody will understand this car, but those who do will swear their allegiance on the spot. An as-tested price of $39,190 seems a bit steep, but one drive will change your mind.