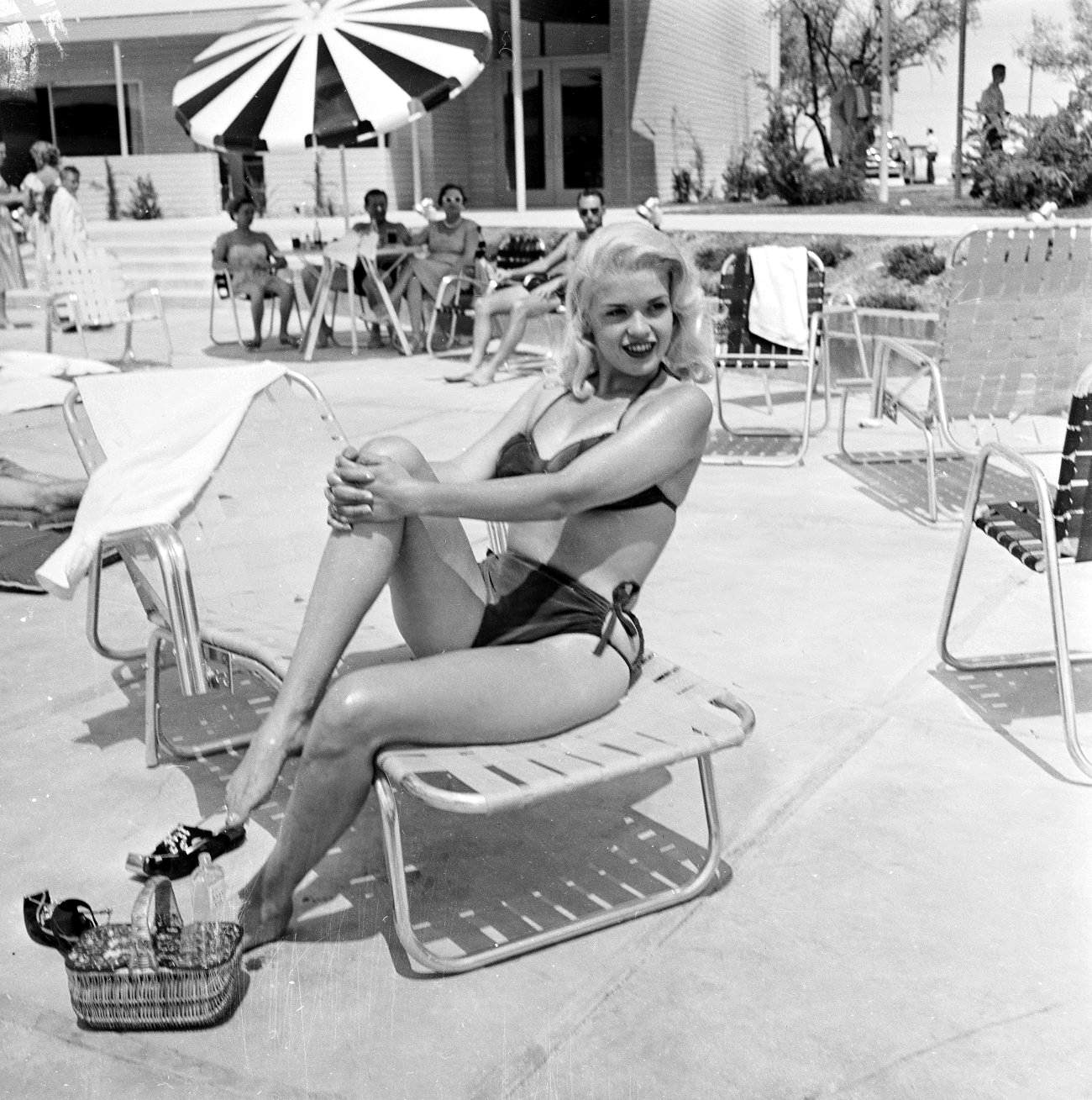 It’s Friday. It’s October. It’s an election year. Add all that up, and we’re hankering for a distraction — anything other than attack ads and fact-checking and screechy Facebook posts. We’re not trying to be apolitical, we’re not trying to dodge serious issues, WE WOULD JUST LIKE A TEN-MINUTE CEASE FIRE. Please.

Thankfully, Sam Gomez has obliged us with a wee bit of auto-themed Hollywood trivia — no binders, Big Bird, or bayonets included. Perhaps they could help when you face that next set of bar trivia questions. You’re welcome. 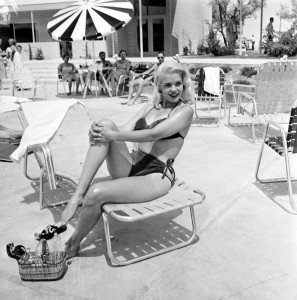 • Did you know that the rear under-ride bar required on all large trucks came as a result of Jayne Mansfield‘s death? Known as the “Mansfield bar“, this little bar across the rear of the truck, often flagged in red and white striping, is designed to keep vehicles from going under the truck should it be rear-ended. In 1967, Mansfield, her husband, and her driver died after their convertible slid under a semi-truck during a rear-end collision. Mansfield daughter, Law and Order‘s Mariska Hargitay, was in the backseat with her two brothers, and all three were unharmed.

• Sammy Davis Jr. lost his left eye in car accident near San Bernardino in 1954, most likely from his face smashing into the steering wheel of the Cadillac he was driving. Of course, if another party was involved in the accident, and they were found to be at fault for causing Davis’ injuries, then he would have every right to contact someone similar to this car accident lawyer in Pikeville to fight for compensation. An accident like this is bound to cost a lot of money in current and future medical bills. But no one else was involved. No one knows for sure, but it was surmised that upon impact, Davis’ eye slammed smack into the raised Cadillac crown logo found at the center of the steering wheel on Cadillacs at the time. Since then, no American-made vehicle has been allowed to have anything but a flat design on the steering wheel. Today, steering wheels also contain airbags. In a crash today, Davis most likely would have kept his left eye intact.

• James Dean crashed his Porsche Spyder 550 on September 30, 1955, and died from his injuries in an isolated area of central California. Dean was known as reckless and was an admitted “speed freak”, so the assumption (since there were no eyewitnesses) was that Dean was driving recklessly, exceeding more than 90 miles an hour, and accelerating into the crash rather than braking. A few years back, however, a documentary by the Viasat History Network of Norway recreated the accident. It concluded that Dean was, in fact, actually driving just 70 miles per hour and had braked hard in an effort to avoid crashing. If true, Dean has been incorrectly blamed all these years for causing his own death, especially if ….

• …rumors about Dean’s passenger, Rolf Weutherich, can ever be proven. Weutherich was a mechanic traveling with Dean to a car rally in Salinas that day. In a car just behind Dean and Weutherich were Don Dooley, age 15, and his brother-in-law, who was driving. The first to arrive on the crash scene, Dooley insists to this day that Weutherich was driving Dean’s Porsche because, upon approaching the Spyder, Dooley found Dean in the passenger seat. Police reports dismissed Dooley’s account because of his age. In addition, the Viasat documentary determined that upon impact, Dean had been pushed into the passenger seat. Weutherich was too injured to provide any recollection of the accident, and shortly after he recovered from his injuries sustained in the crash, he moved back to his native Germany. Ironically, he also died in a car accident in 1981, having never spoken on record about the crash.

• Cal Poly student Donald Turnupseed was on his way home to the city of Tulare, California when he literally ran into James Dean that day, driving his 1950 Ford while merging onto Highway 41 from Highway 46 near Cholame. Turnupseed’s car struck Dean’s Porche on the driver’s side door. Shortly after the accident, Turnupseed gave an interview to the Tulare Advance Register, but subsequently, his parents worked furiously to shield him from the press and vengeful Dean fans. The cause of the crash was never officially determined and neither driver was deemed at fault. Turnupseed ran a successful electrical business in Tulare for most his life, though according to friends, he was always haunted by the crash. Despite thousands of requests over 50 years from all over the world, he never gave another interview. A request from Germany came just months before Mr. Turnupseed’s death in 2005 in Tulare.

Wasn’t that refreshing? True, it was a little gory, but we’re closing in on Halloween. Just trying to put you in the spirit. (Pun intended.)

We now return you to your family and friends’ cat pics and political rants.