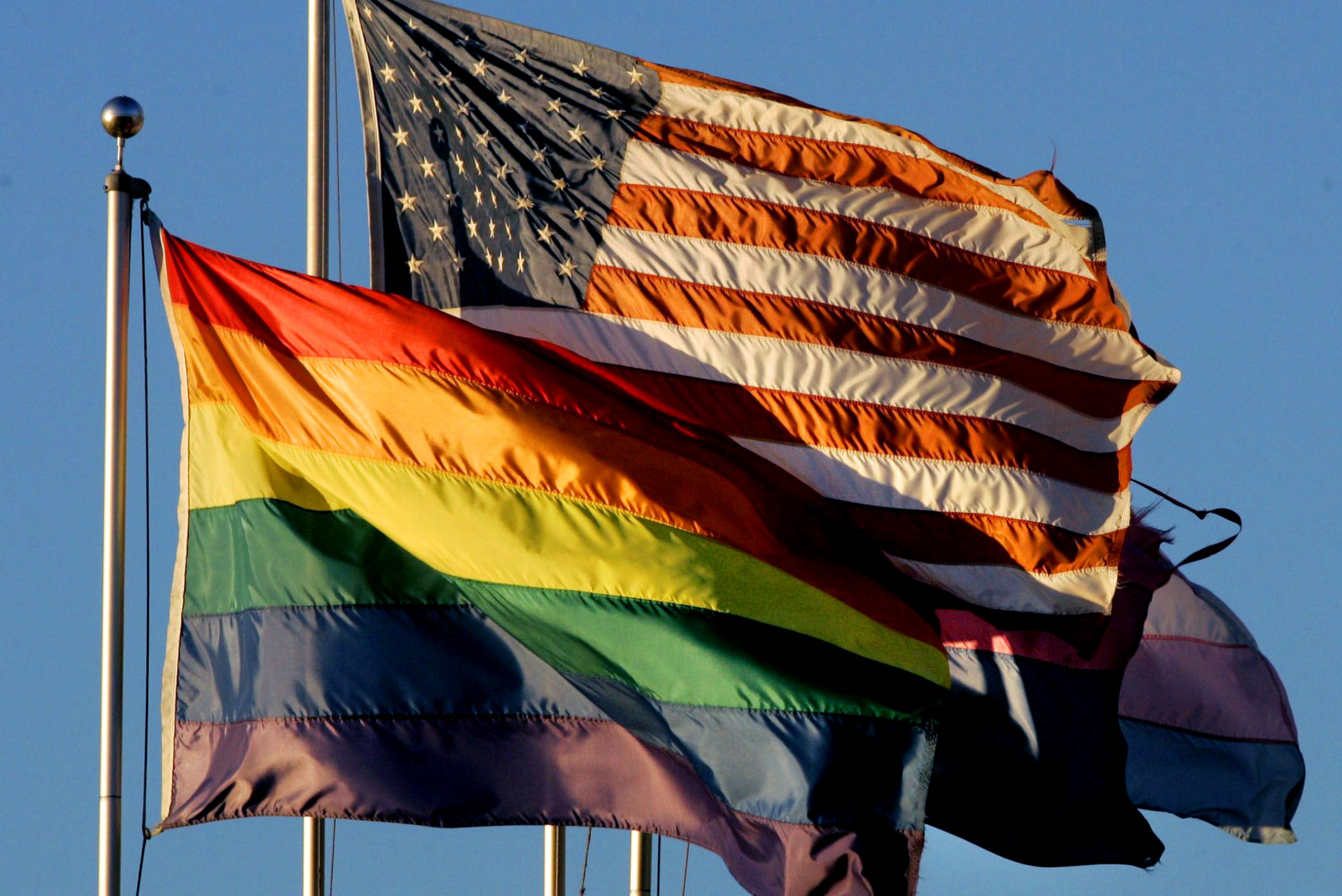 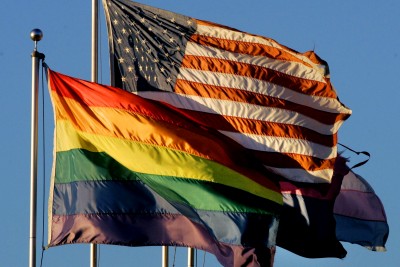 Technically speaking, Gaywheels isn’t a political website. However, like many of you, we pay close attention to political candidates at every level of government: Republicans, Democrats, and Independents, sheriffs, secretaries of state, and senators.

Also like you, we’re not single-issue voters. However, there are a few topics that we track more closely than others. As car buffs, for example, we’re aware of how candidates view the auto industry. And of course, we note their positions on civil rights for LGBT Americans — which is not a “single-issue”, but many, collected under one banner.

Some argue that voting for a candidate solely on the basis of his or her position on LGBT rights is myopic. They say that doing so fails to consider larger issues like jobs or the economy.

But there’s something those arguments overlook — namely, that LGBT rights are inextricable from employment and the economy. 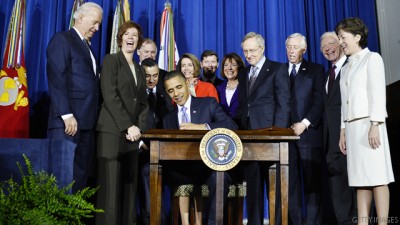 Before “Don’t Ask, Don’t Tell” was repealed, LGBT members of the military could be be court-martialed and fired on the basis of their sexual orientation. Their merits as soldiers were not taken into considerations, and even in recent years trangendered soldiers have been awarded medals whilst being dead-named. Until the Employment Non-Discrimination Act (ENDA) is passed, most of us can lose jobs, be denied housing, and suffer countless other inequities. And as long as the Defense of Marriage Act (DOMA) stands, our husbands and wives are little more than long-term roommates, so far as the federal government is concerned. That puts our loved ones at risk in terms of their hospital visitation rights, health coverage, inheritances, and much, much more.

Some states and municipalities have begun to address these problems as best they can, legalizing marriage equality and prohibiting discrimination against LGBT individuals. But this patchwork solution to civil rights doesn’t work. We need a nationwide standard. Our lives and loves need to be legally protected at the federal level.

By and large, Democrats get that. They’ve recently added marriage equality to their official party platform, and they also believe that “no one should face discrimination on the basis of race, ethnicity, national origin, language, religion, gender, sexual orientation, gender identity, or disability status”.

Republicans, on the other hand, have enshrined discrimination in their own platform. For example:

We reaffirm our support for a Constitutional amendment defining marriage as the union of one man and one woman. We applaud the citizens of the majority of States which have enshrined in their constitutions the traditional concept of marriage, and we support the campaigns underway in several other States to do so.

Further down the document, Republicans do say that “We embrace the principle that all Americans should be treated with respect and dignity”. However, that sentence comes at the end of a paragraph insisting that “the union of one man and one woman must be upheld as the national standard”. There’s no mention of civil rights guarantees for LGBT Americans.

As one of our aunts used to say, “Screw that”. 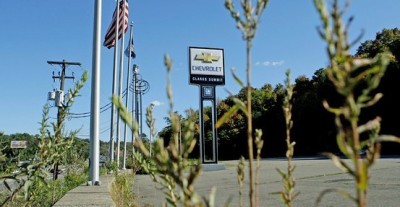 President Obama also engineered the rescue of Chrysler and General Motors, saving thousands of jobs in the process.

We freely admit, it’s possible that Mitt Romney’s plan to “let Detroit go bankrupt” might’ve had a similar effect. However, the process would’ve almost certainly dragged on for months, causing more stress and strain for Chrysler and GM, not to mention their workers, dealerships, and suppliers. (Note: under Obama’s plan, GM’s bankruptcy proceedings lasted 32 days, while Chrysler’s lasted ten.)

What’s more, it’s entirely possible that Romney’s plan might’ve resulted in the complete dismantling of both companies. That’s because in 2009, no financial institutions were willing to loan GM or Chrysler the money they needed to get back on their feet. Things were bad enough under Obama’s “pre-packaged Chapter 11 reorganization”, which saw the shuttering of beloved brands like Pontiac and Saturn, as well as hundreds of dealerships.

But let’s imagine lenders had been secured. In that scenario, would Romney’s plan have allowed Chrysler to survive on its own, without needing help from an Italian car company? Possibly, if the loan terms had been agreeable and if the bankruptcy had gone quickly and smoothly. However, let’s not forget that from 1998 until 2007, Chrysler was partly owned by another European automaker, Daimler; that match-up didn’t result in the wholesale outsourcing of American jobs to Europe as some had feared.

But most troubling of all — at least where the two current presidential candidates are concerned — is Romney’s repeated claim that Chrysler is planning to send U.S. jobs to China. That is patently false. What Chrysler is doing is evaluating whether or not to reopen factories in China that it closed before the Great Recession. Now that the American and Chinese auto markets are rolling gaily along, it makes sense for Chrysler to consider such a move, which is no different than, say, Volkswagen building cars for the U.S. market in Tennessee, or Mercedes-Benz doing so in Alabama, or Hyundai doing the same thing in Georgia.

Whether you’re for or against federal loans to Chrysler and GM, whether you’re supportive or wary of unions, twisting the truth of a poorly written news article and trying to scare swing-state voters by raising the boogeyman of China is deplorable. If you’re going to attack Obama (rather than present your own solutions to pressing problems), there are plenty of valid complaints you could make without resorting to falsehoods.

We understand the frustration that many Americans have felt the last four years. The jobless rate is still high, and the economy hasn’t recovered as quickly as anyone would like.

However, we also understand that LGBT Americans are in a better place today than they were four years ago. “Don’t Ask, Don’t Tell” is dead. The Justice Department has stopped defending DOMA. Federal hate crimes legislation has been passed. Healthcare has been reformed, making life easier for those living with chronic diseases like HIV, which has disproportionately affected our community in the U.S. And both President Obama and Vice President Biden have come out in favor of marriage equality. If you would like to read more about the up coming election and the effect it has on the LGBT community, you may want to visit – https://lovegasm.co/blogs/sex/lgbtq-2020-election.

Many Republicans would like to reverse such gains. Though Governor Romney and his running mate, Paul Ryan, have said that they’re reluctant to reinstate “Don’t Ask, Don’t Tell”, both are eager to revoke the Affordable Care Act, replacing it with their own plan that would allow insurers to continue denying coverage for pre-existing conditions. And of course, both firmly believe that one-man, one-woman marriage should be enshrined in the U.S. Constitution.

Not everyone Republican agrees with Romney and Ryan. Similarly, not every Democrat agrees with Obama and Biden. Tomorrow, your job is to know your candidates’ positions on these important matters and vote.

One thought on “Election Day: What’s At Stake”