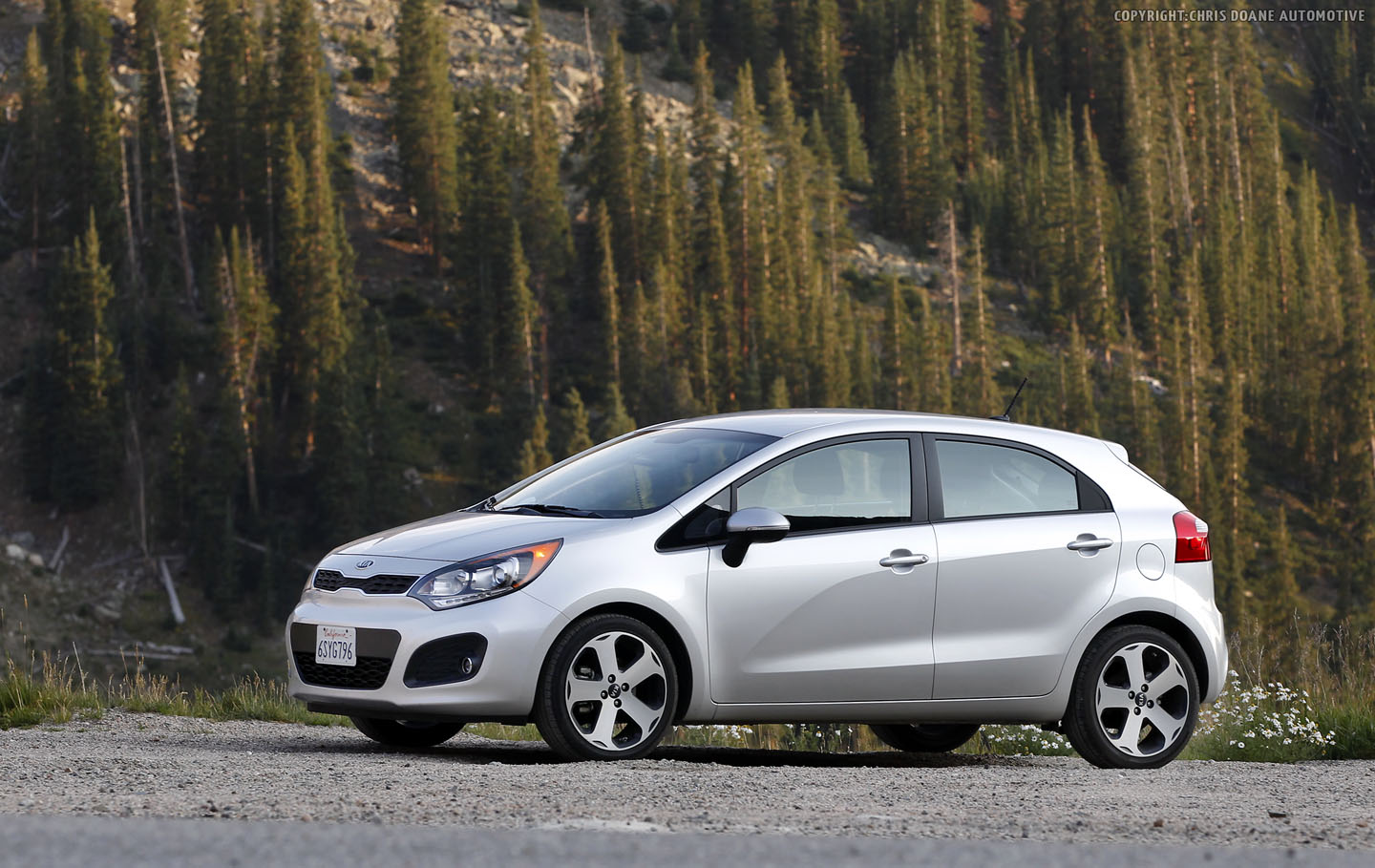 Ed. note: Kia is not a gay-friendly automaker. 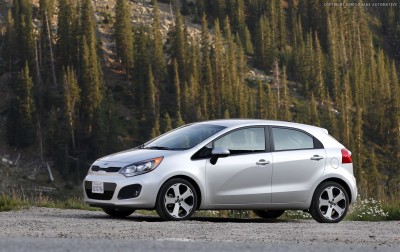 I know I won’t get much, if any, sympathy when I say that, sometimes, there are letdowns when you review cars. The last car I evaluated was a $100,000, 400hp, German coupe. I’ve now stepped directly from that into a Kia Rio.

I’ll pause for your laughter.

For the price of the super coupe, you can buy 5.4 Kia Rios. Perhaps you could keep that .4 for spare parts.

But don’t let price fool you. Oddly enough, there is something about the way the Kia drives that beats the German car hands down.

If you guessed power, speed or luxury, then you’re either not familiar with these cars, or you’re three martinis into “lunch” at the bar. What the much cheaper Kia does have over the German car is steering feel. The coupe from Deutschland has 262 more horse power, yards and yards of leather, but in the Kia, I actually have some sense of what the front wheels are doing thanks to what I feel through the steering wheel. And I’ll take some feel over none any day. 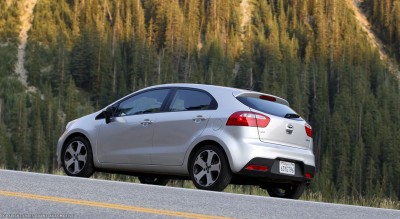 If driving is something you enjoy, steering feel is pretty useful information to have when zipping through the corners. Even if driving is nothing more than a task for you, it’s nice to know when the front wheels feel like they’re about to lose traction. While no one would ever mistake the Rio for a sporty, corner-carving car, the Rio SX model has a sport-tuned suspension, 17-inch wheels, and light, responsive steering that, somehow, make this small, underpowered car a little fun to drive.

It’s like a go-kart, only with airbags, a trunk, and room for five passengers. Well, 4.5 anyway.

The main reason I say “a little fun to drive” is because of the 1.6-liter, 138hp four cylinder motor in the Rio. Those hot, 17-inch wheels on this Rio SX might make it look quick, but this hatchback ain’t going anywhere fast. While there is certainly power to be had from this little four-banger, you’ve got to rev the snot out of it to reach that power. Once the tachometer reads 4500-5000 rpm, then you approach something that could be considered acceleration.

In regular, everyday driving, the lack of power isn’t really an issue. You’ll get through the city, and around the highways, just fine. But in some situations, like passing on even a modest incline, you might think twice. As I attempted to scoot by an older, slower Nissan on a slight uphill, the pass happened in such slow fashion that I would’ve had time to say hello to the driver, ask if he was hungry, make a sandwich, and pass it over. Wait, did he want Grey Poupon?

So, we don’t have speed, but that should come as no surprise since this car is intended more for fuel efficiency. The Rio is rated for 28 mpg city, 36 mpg highway, and we observed a 31 mpg average with sporty driving habits and more highway driving than city driving. There is also an “eco” button you can press that reigns in the engine (and transmission shift points) for increased fuel economy. 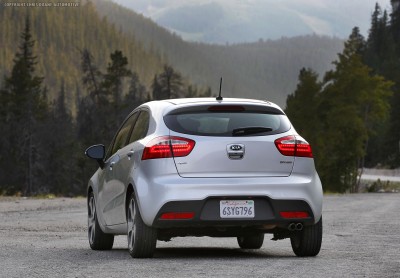 Even though the fuel economy is fairly good, the tank in the Rio is pretty tiny at 11.3 gallons. If you have a long commute, you’ll still be filling up a lot, but at least you’ll only be pumping in 11 gallons each time.

If you want to know when that tank is about to run dry, it’s not a good idea to rely on the digital, remaining range readout in the gauge cluster. One moment, the Rio SX told me I could drive another 31 miles before I was out of fuel. Less than 5 minutes of regular driving later, it told me I had no range remaining.

Inside the Rio, it’s about what you’d expect in a $18,545 car. A nicely designed, mostly hard plastic interior, but with soft touch material in the right spots and a backup camera. Wait, what? A backup camera in a $18,545 car? Touch-screen nav too? Don’t forget the power fold mirrors. Though, in a car this narrow, I’m not really sure why you’d ever need to fold in the mirrors.

Of those features, it’s the backup camera that is almost a necesity due to the massive blind spots the stylish C-pillars create. Without a rear-facing camera, backing out of a parking spot involves more prayer than driving skill.

Normally, in cars of this price range, the seats suffer when it comes to comfort. Somehow, the chairs in the Rio manage not to do that. They certainly aren’t heavily padded or bosltered seats, but after three hours of wheeling, I was perfectly comfortable, and ready for three more.

Frankly, the best part of the Rio is how fantastic it looks. If you venture back even a few years ago and look at the cars Kia was producing then, you’d never have guessed this company was capable of designing something this good looking.

Not only does the exterior design trump the Scion xB, Honda Fit, Toyota Yaris and Nissan Versa, but it certainly holds its own against the Chevy Sonic and Ford Fiesta as well.