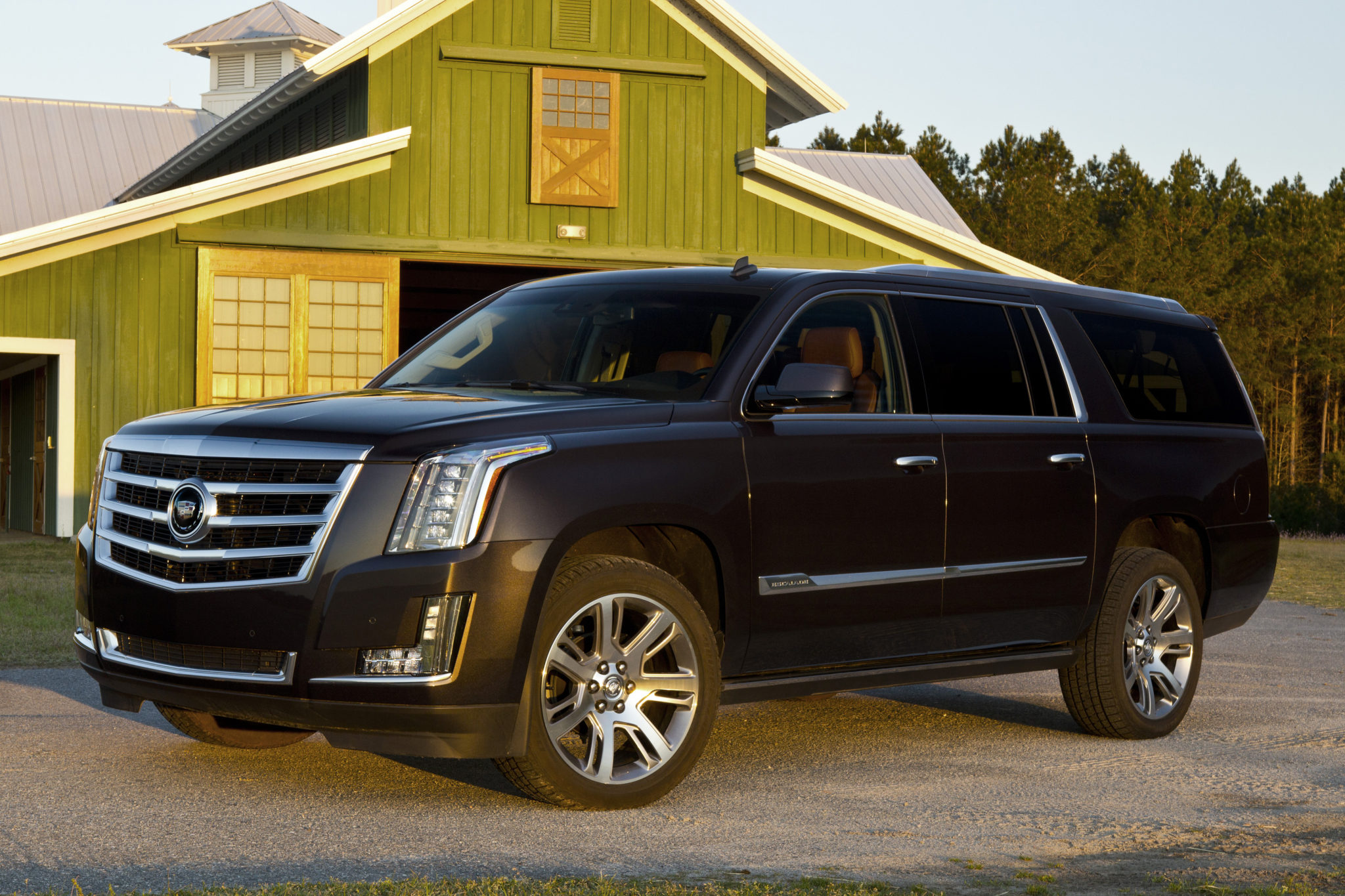 Heavens to Murgatroyd, if you are into big and pretentious and have a little under one-hundred-grand to spend on one big-ass vehicle to really impress your friends and run over anyone you don’t like, look no further than the 2015 Cadillac Escalade.

To be sure, this car has a checkered history, so naturally I was drawn to it because my history is more checkers than chess. There has never been anything like a Volkswagen-style scandal surrounding the Escalade, though General Motors is still having to address issues related to safety and other concerns that arose out of a desire to cut costs. The scandal, as it were, surrounds the kind of people who buy the Escalade. Yes, all kinds of shady characters and rich dudes trying to get ‘cred’ have been drawn to the Escalade and have made it their own. It could be the shady windows that throw shade so you don’t have to. It could be its largess – honey, when you are that big, few mess with you as they curse you from afar.

The interior is like that of a limousine. Though you can get a light color on the inside, all the ones I have seen have been black, or perhaps a midnight blue of sorts. Everything on the dashboard lights up at night when you turn the headlights on. The soundtrack to this vehicle is similar to one you’d find in a gay bathhouse: pounding, imposing, loud and yet somehow reassuring that you are in charge. There is plenty of room for everything in this truck, car or whatever you want to call it. 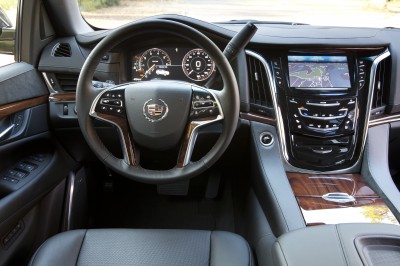 The exterior speaks for itself. This is a truck on a truck platform, but it really is a car with an imposing sense of self. Again, you can get this in a crème color, but all the ones that I’ve noticed have been black – and I mean rich, zero-dark-thirty black. Call it what you will, but this car is not just a dark knight gallantly riding into town or the parking lot. There’s nothing like a strong black presence in a car that prides itself on being one of the biggest and best vehicles anywhere. And it’s simple: attitude black always throws shade on soft white.

But if you are a family person who has a lot of money, the Escalade is considered one of the best family vehicles out there. Besides having plenty of room inside, the ride is smooth and refined, and though heavy and imposing, this behemoth drives incredibly smoothly, not showing any clunk or clank anywhere – unless you hit something. The 2015 has a lot of safety gadgets, to include backup cameras, so maneuvering is as easy as paying attention, which most parents do regardless of who’s strapped in the back seats. 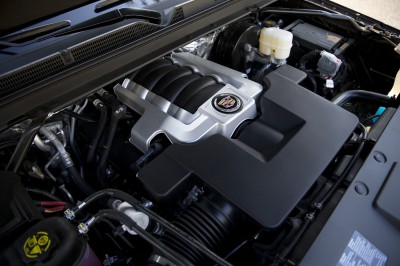 One thing about the Escalade that I just love is how whenever you might make a turn or a move right into the path of another car, the Escalade will not only warn your ears but it will also buzz your seat. That’s right, it literally will tell your ass to watch your ass. That threw me for a loop at first, but it really does prove to be a lifesaver. One false move in this Godzilla and all kinds of damage can happen. A little jolt in the asp is a nice gentle reminder to remember your Ps and Qs and the rest of the world’s alphabets, which can all easily fit in the Escalade.

And for all you Pimp My Ride fans who aren’t really into black, check out all these wild and crazy remakes of the Escalade: hot pink, heavy chrome, flip doors, space-age grey, vanilla crème white …. even a pasteurized Escalade. Click here to see it all and get your own ideas for this classic. Yes, the Cadillac Escalade is now a classic car, and who-da-thunk?

Still, it was way too big and pretentious for me (wink). Maybe I’m just a Bernie Sanders person at heart: practical, simple, concerned about the environment and my fellow drivers with whom I share the road….. 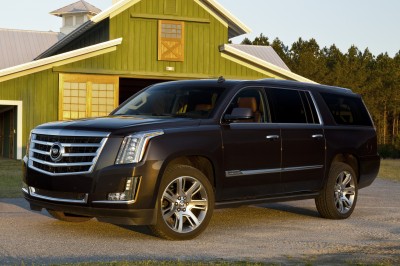 … but if I had the dollars, well, hmmm. Well, I’d also need a garage and a driveway. Okay, I can see myself buying one – though believe me, my liberal guilt would kick in, all the way to the bank to deposit checks so I can keep my Godzilla Escalade happy.