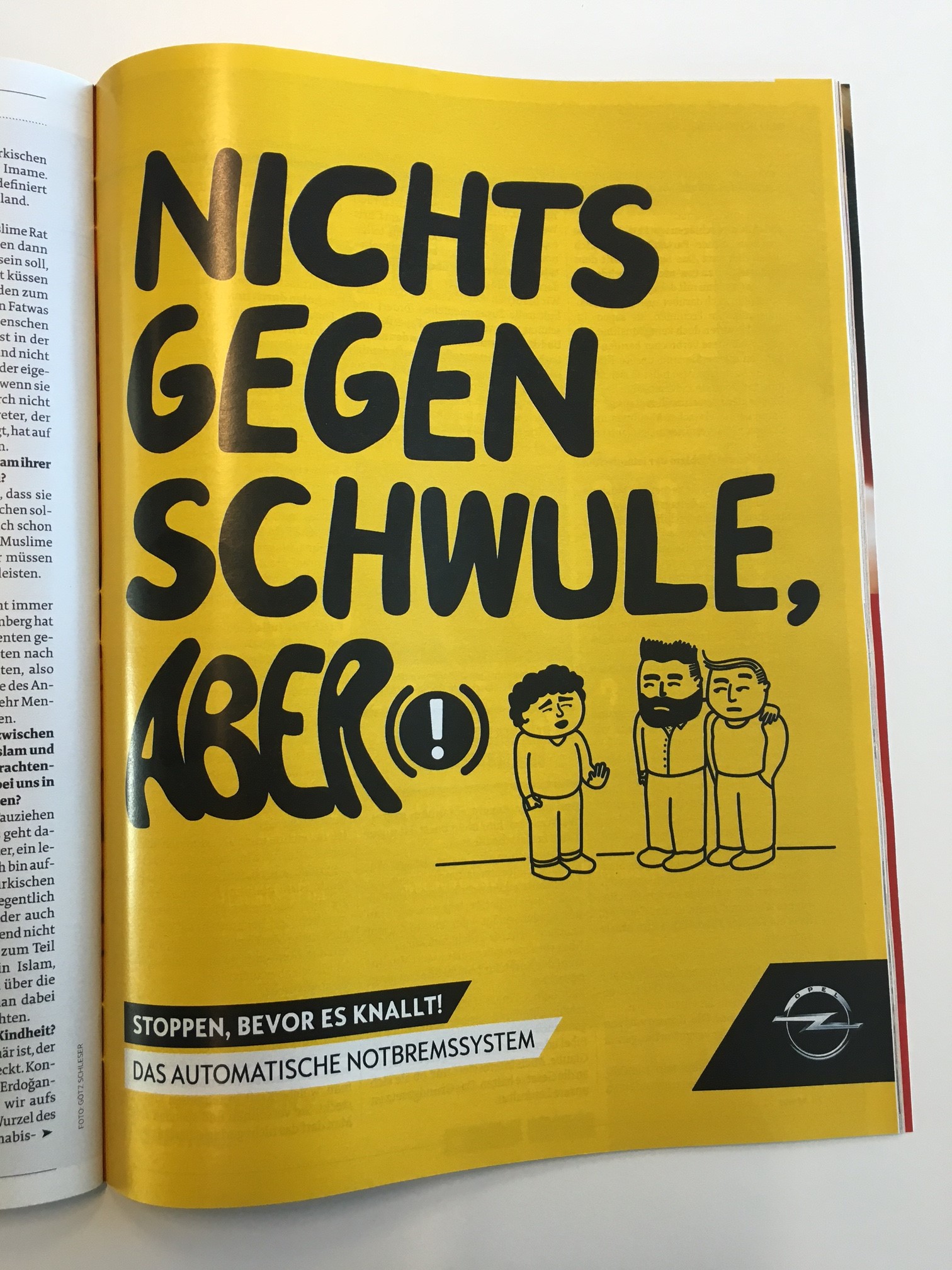 According to our tipster, the largest text in the advertisement above reads, “Nothing against gays, but…” The line below it translates as, “Stop, before it bangs/hits/collides”. (“Knallt” is a slang term for intercourse, much like “bang” is in English.) The final line mentions Opel’s “automatic emergency braking system”.

Clearly, the ad is touting Opel’s high-tech, collision-avoidance system. Along the way, it muddies the waters by making a sexual pun about stopping “bangs” before they happen. But why put a gay couple in the middle of all this? And why is the cartoon dickbag on the left trying to stop them from “colliding”?

If this were a Truvada ad or a condom ad, maybe we’d get it. As it is, though, we’re as vexed as the daddy and the twink, who seem ready to punch their curly-haired interloper in the face.

Then again, maybe that’s the “bang” the ad wants to avoid: the heavy dose of whoop-ass that the couple appears poised to deliver. That would make more sense — after all, nothing sets me off like people who start rants with, “I’ve got nothing against gays, but….” (Looking at you, every Republican running for president.)

Ultimately, who knows? The only thing that’s certain is that the ad is a total mess.

To us, it seems like someone at Opel’s agency of record got fixated on sex, threw in a gay couple for diversity, and slapped on a couple of taglines. Germany’s Queer.de deconstructs the ad and says that it’s not homophobic, but even they say that it’s appallingly awkward.

German speakers: can you make more sense of this?