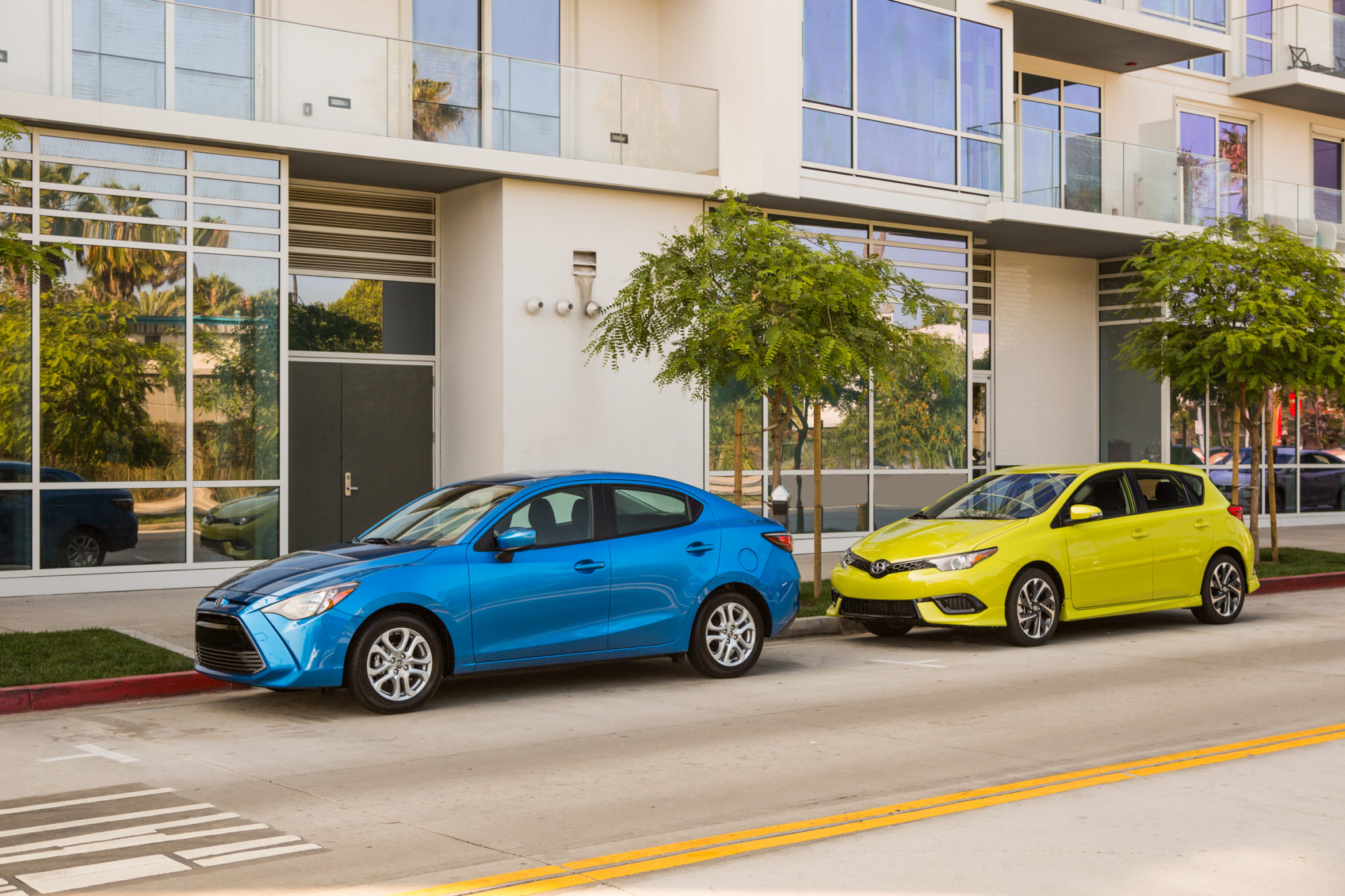 Here’s where I show my age: I long for the days of yore when cars were named Nova, Pinto and Gremlin. Can it be that it was all so simple then, as Barbra Streisand used to sing? Needless to say, I am not crazy about the names that Scion (Toyota) has given its latest batch of small, kitschy, groovy little cars.

That said, if you truly want to get the last of a breed and still feel like you are getting something worthwhile, the Scion iM or iA (aye, yai, yai, Lucy) are good bets – sorta. (The Scion moniker will be discontinued next year and all cars will be rebranded as Toyotas.)

The 2016 Scion iM (I Am, I Said – sorry, I just can’t help but think of Neil Diamond) is a sporty little hatchback that rides well and is loaded with a lot of standard equipment, including 7-inch touchscreen, Hands Free and Voice Recognition technology. It’s a hatchback that comes standard with a clutch (not Michael Kors), and that’s important because in this case, the result is cramped cargo space and cramped backseat passengers. I enjoyed driving the iM, though I will say that the clutch got tiresome after about five miles. This is strictly an in-town, put-around town car, so having to use a clutch is more of a pain than its worth, especially given that the cost difference between having a standard and an automatic transmission is negligible.

Worse yet for the iM, it’s in the same league as the Volkswagen Golf and the Mazda 3, two cars that I feel are a better buy than the iM. You can get into an iM for under $20K, so that’s a consideration. Sometimes a few thousand dollars can make a break a decision: if you have strong legs, spend all your money on rent and just need a car for you and the city, the iM may be worthwhile.

That said, the iA (aye, yai, yai) is a much better small car, IMHO. This too has a clutch but it didn’t seem as labored as the iM. This car can be had for as little as $16K, and it’s in the same league as the Ford Fiesta and Honda Fit. It’s small, to be sure, but it just seems to be a much more agile vehicle than the iM. The interior is nicer than what you would expect for something that might have been named a Nova or a Pinto 45 years ago. You don’t get as much technology for the price as you do with the iM, but the 7-inch touchscreen is standard.

The moral of this story is this: If You’ve Got the Money, Honey, get the iA – and it’s cheaper to boot. But if you are considering the iA, also be sure to test drive the Fiesta and Fit (see, giving a car a decent birth name isn’t so bad, right?). I like the Honda Fit a lot, but you may not be able to get into one as cheaply as you can the iA (aye, aye, Sir).

To be sure, Scion is not the only car company who gets caught up in the numbers game with a side of alphabet soup. Those Lincoln commercials with Matthew McConaughey were strange enough, but then to try and figure out which MKC or MKX is with the L.S.M.F.T. and the PTSD …..

….. Impala. Now there’s a car name, and did you know that an animal was named after the car? 😉

3 thoughts on “2016 Scion iM & iA: Decent little cars that will soon be Toyotas”