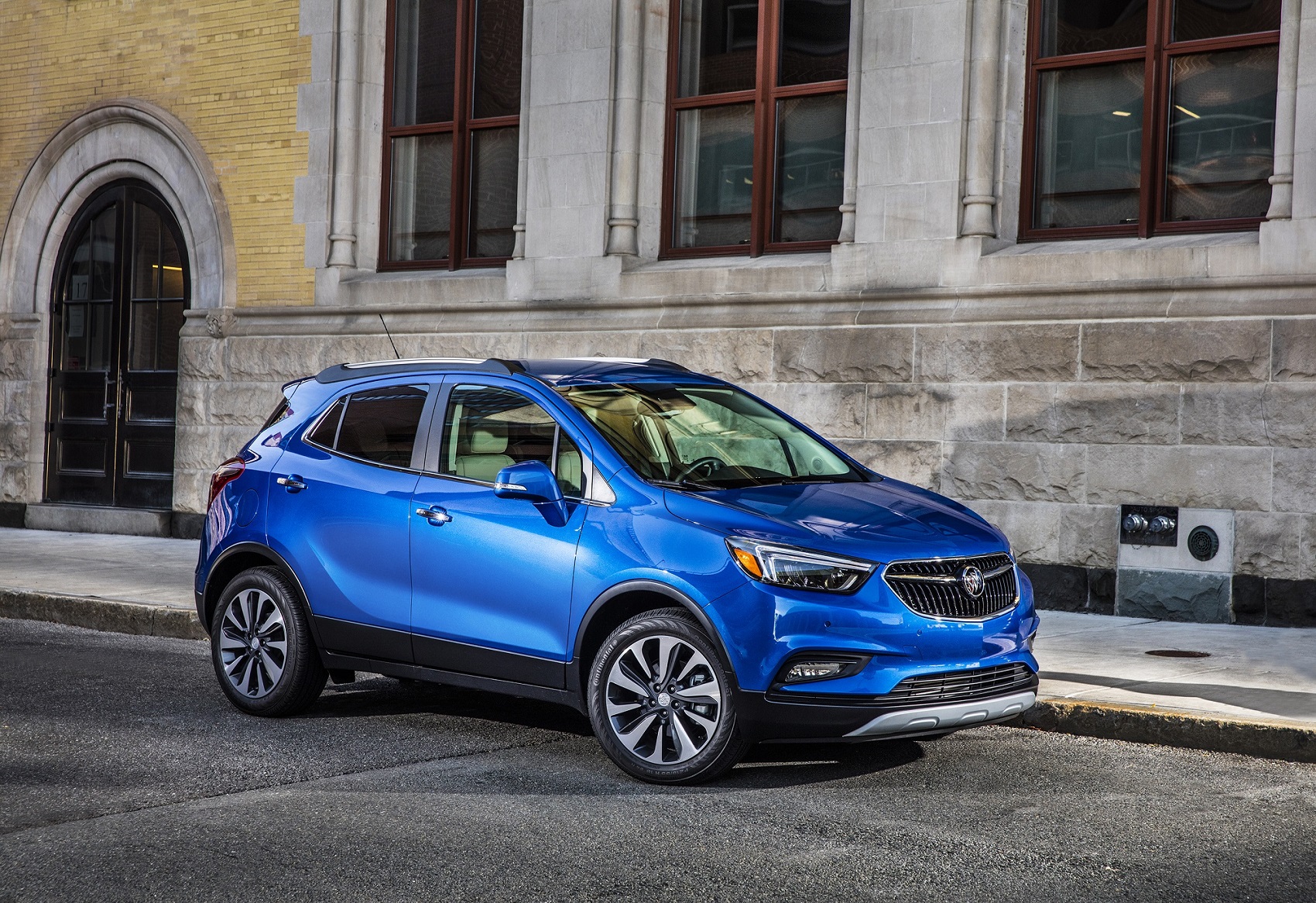 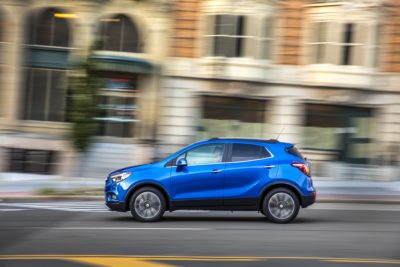 Buick was first out of the gate with a sub-compact luxury crossover and risk was rewarded with brisk sales. Apparently, there was an untapped market looking for a crossover that prioritized urban-friendly proportions and full-luxe appointments over stretched rear passenger space. But the Encore came with GM’s Euro controls that were more confusing than the insides of an iPad. And, horsepower was not its first priority. For 2017, Buick updated styling and performance to make a good car better.

Inside, designers kicked out the confusing array of buttons that controlled a dashtop screen, replacing them with an elegant sweeping dash based on themes also found in the latest LaCrosse sedan and new Envision crossover. Stitched lower dash coverings, glossy console trim, and body color trim on the doors add upscale touches. Cloth and leather seats and leather-wrapped steering wheel are well-designed, but both are unheated. Only the driver’s side seat is powered and there is no sunroof. 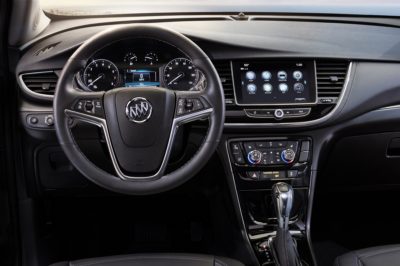 Right in the center of that restyled dashboard is a new touchscreen for the audio, phone, and navigation systems. It’s large, bright, easy to use, and includes direct dial for radio stations and Bluetooth/USB connections, but clicking through stations is a real pain. Just give me proper radio and tuning knobs too. Bose audio sounds good and 4G Wi-Fi allows passengers to connect their favorite devices. Safety is enhanced with blind zone warning and rear cross path detection.

You have to keep in mind the Encore is a small, tall-bodied car. That’s great for putting four people in a relatively roomy cabin with a small footprint. However, there is only adequate rear seat legroom and a small cargo area with the rear seatbacks up. Throw them down and you can shove a bicycle under the manually-opened hatch. For most people, it has enough space. If taking four people and their luggage coast-to-coast is your mission, it may be good to consider the larger Buick Envision and Enclave crossovers.

The first iteration of the Encore wasn’t completely underpowered, but it was no road rocket either. The 1.4-liter turbocharged four-cylinder engine delivered 138 horsepower and 148 lb.-ft. of torque – all routed to the all-wheel-drive system through a six-speed automatic transmission. That would seem like enough power for a sub-compact crossover until you load up with four adults. So, our Sport Touring edition steps up with 153 horsepower and 177 lb.-ft. of torque. It’s still not going to race muscle cars, but there is noticeably more power when climbing hills and storming the left lane. Fuel economy ratings of 26/31-MPG city/hwy. remain relatively frugal. 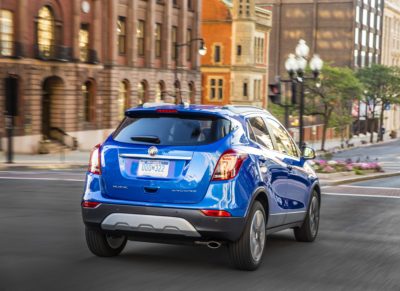 General Motors, and Buick in particular, do a good job of making sure its vehicles feel solid over all road surfaces. Nothing squeaks, creaks, or rattles. While an independent front and torsion beam rear suspension keep the Encore’s costs in check, and allow good handling for a car in this class, it is not the most sophisticated set-up. It probably doesn’t matter to most owners, who will enjoy the Encore’s comfortable highway ride and tight maneuvering.

When the Encore debuted, it was essentially a party of one. The idea of a small luxurious crossover seemed a bit crazy, but it now competes against the Audi Q3, Mercedes-Benz GLA, BMW X1, and even the Fiat 500X and Subaru Crosstrek. It’s still holding its own, and the tweaks for 2017 will please buyers, but it will need to advance quickly to stay with the pack. A base price of $22,990, or $31,220 as tested, certainly helps. 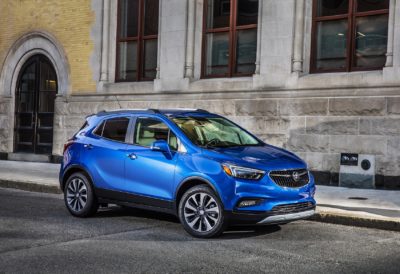