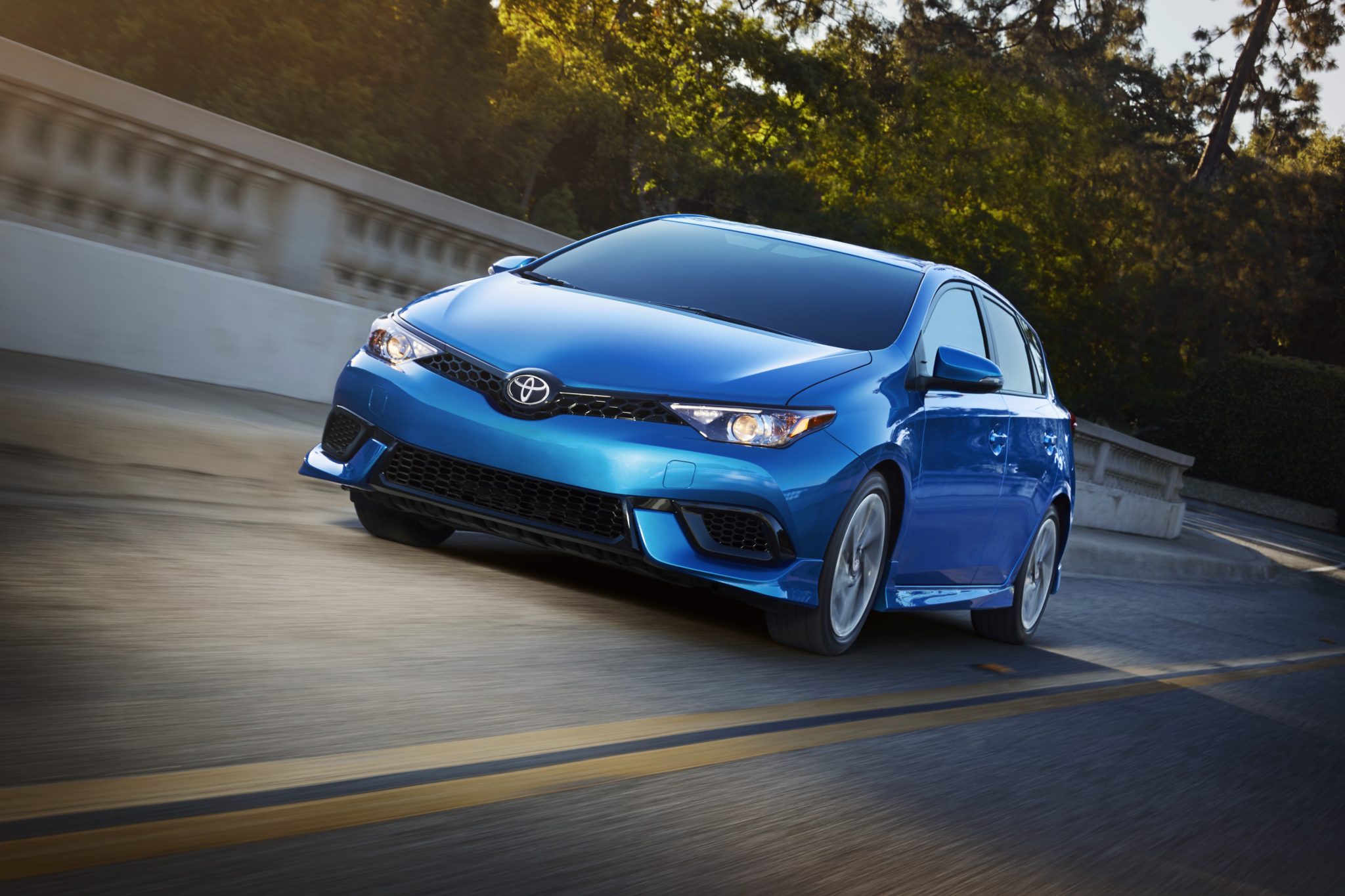 Last week, Sam gave us his take on the Toyota Corolla iM. Now, Dave offers his $0.02 on the company’s sporty new compact car.

If you jumped in a time machine, set the clock back to October 1966 and arrived at the Toyota Auto Store (that’s what they called the dealership back, then) you might have witnessed the debut of the first Corolla model E10. Compare that model with the latest offering of a sporty, stylish hatchback that comes with a much larger price tag.

The Corolla has come a long way in 50 years, with more than 40 million cars sold since its debut, making it the best-selling nameplate worldwide between 1974-1997.  Back then, the Corolla or “little crown” was listed as a compact or sub-compact, with a retail price of $1,700.  Now on generation 12, the newest version of the Corolla is based on the Auris hatchback sold in European markets. It would’ve been sold under the Scion brand, though that’s been retired by Toyota, so now it’s been labeled the iM: a four-door hatchback with an MSRP sticker price starting at $18,750. 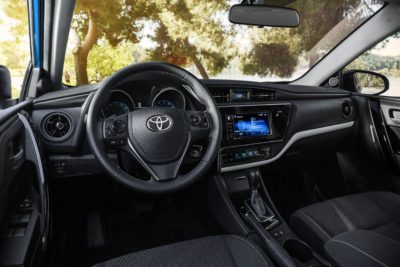 Larger than its predecessors, the 2017 iM has a notable listing of amenities and features for an entry-level vehicle.  The cabin area is intuitive and thoughtfully designed, with a leather-like dashboard and comfortable seating that is stylish but still supportive even for long driving trips.  Its user-friendly controls are well-placed and easy to navigate, the touchscreen menus and interface makes sense with reasonably sized buttons. The abundance of features like automatic high-beam control, lane departure warning and forward collision warning with automatic braking for an entry level market are impressive.

Though rated at 137-horsepower, my four cylinder, 1.8-liter engine iM felt a bit underpowered when in ECO mode. I found myself switching to Sport mode and put the stick shift in S position, which changed the shift points and held revs from shifting at 4000rpm to 5000rpms.  Selecting the manual shift option was especially helpful going up in the Rockies.  The CVT transmission seemed a bit smoother, even better than a few of its competitors, with clean acceleration during normal driving and somewhat harder shifts during aggressive acceleration–even if it is simulated. 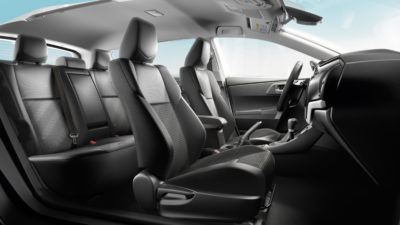 There is a lot to like about the 2017 Toyota Corolla iM: it’s a sporty looking hatchback with good fuel economy ratings, and it’s agile in the handling department, with a significant list of standard features.  Some of the drawbacks: lackluster acceleration, the poor turning radius for such a small wheelbase and no sunroof.  The compact/sub-compact segment makes up 29% of the US automotive market, and with competitors like the Mazda 3, Honda Civic and VW Golf the Corolla has some stiff competition. However, Toyota has focused on a younger buyer and the Corolla definitely has the looks to turn heads, inside and out: sporty-coolness.

Has Toyota pigeon-holed the Corolla? With the array of features, appearance and economy, it can cross the demographic segmentation of age, gender, family size and income, appealing to more than the millennials.  Good luck, little crown.