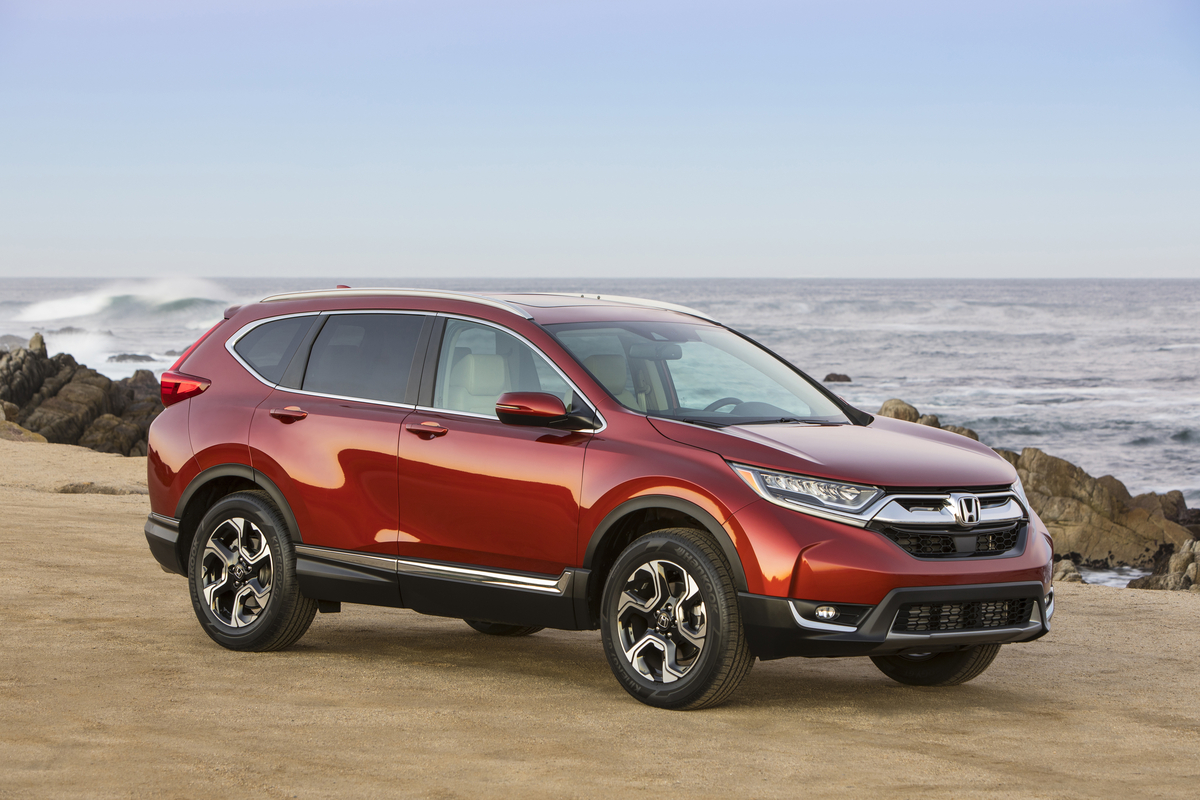 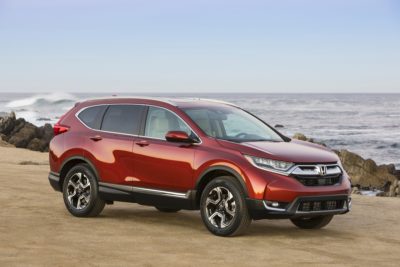 I remember seeing the Honda CR-V during its Detroit Auto Show debut nearly twenty years ago. There, in the middle of this grand hall, was a tiny little crossover amongst a sea of large, full-framed SUVs. I, and many others, laughed until our stomachs cramped. Nobody laughs now as the CR-V has become America’s best-selling SUV. Turbo power and a fashion makeover ignite this rocket’s fire.

Honda almost never tosses out its cookies with the serving plate, so styling is evolution over revolution. Themes from the last generation, including an arching roofline, upturned rear windowline, and taillamps that extend into the pillars identify the CR-V, but our Touring edition blinged out with a glitzy chrome grille, LED headlamps, LED foglamps, and 18” alloy wheels. Body forms are more deeply sculpted and looking at the bulging hood through the windshield provides a glimpse of Corvette. Chrome strips along the rocker panels add flair. 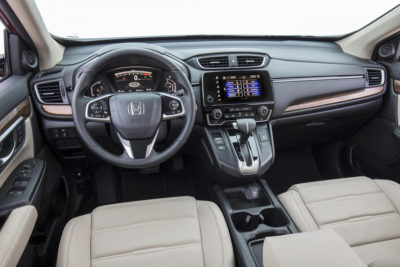 An extra helping of panache continues inside. Almost nothing feels cheap as the dash and doors are swathed in soft padding, woodgrain, and piano black trim. A thick leather-wrapped steering wheel and gear selector feel solid. Our Touring edition sported flatscreen instruments, navigation, swipe-sensitive touchscreen, voice controls, and yaaaaaas, a proper volume knob. Swipe-sensitive volume control on the steering wheel is still pretty cool. It all feels high-tech, but intuitive. 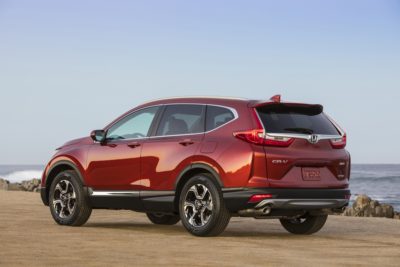 The financially challenged will select the standard 184 horsepower 2.4-liter four-cylinder engine, but those able and willing to flip out a few more shekels get a new 1.5-liter turbocharged four-cylinder engine that delivers 190 horsepower and 27/33-MPG city/hwy. That’s partially due to the continuously-variable automatic transmission and despite all-wheel-drive.

Driving the CR-V is a vastly more enjoyable experience. The base four-cylinder engine is fine, but the turbo-four provides just enough extra-smooth torque to wisp through traffic and put a little more steam down on the highway when accelerating around semi-trucks. The left lane is much friendlier to this powertrain. I will never fall in love with CVTs because they tend to rev up noise, but combining one with a turbo seems to be magic in the CR-V. As in all Hondas, the chassis just rumbles over rough pavement with not a squeak, creak, nor rattle from the cabin. 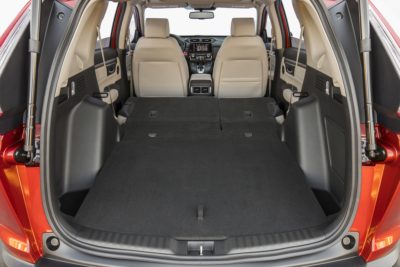 So, what splashes this frosty cake? Well, not much. I wish Honda would quit being cute with the touchscreen. First, we had to beg for a volume knob, so to get a tuning knob, too, I suppose we’ll have to send roses. While door coverings in the rear look good, they are hard plastic instead of soft touch. And, if Honda is looking for another hybrid candidate, I’d recommend the CR-V. Why not a plug-in version that goes 30 miles on a charge? Better fuel economy could only make it better.

Spend a long date with the new CR-V to know it better be taken seriously. Honda is coming for blood–it’s just doing so with a very lovable crossover that will spoil you rotten with suave style and a posh interior. A base price of $24,045, or $33,695 as-tested, puts it straight against the Toyota RAV4, Hyundai Tucson, Nissan Rogue, Chevy Equinox, Ford Escape, and Subaru Forester.