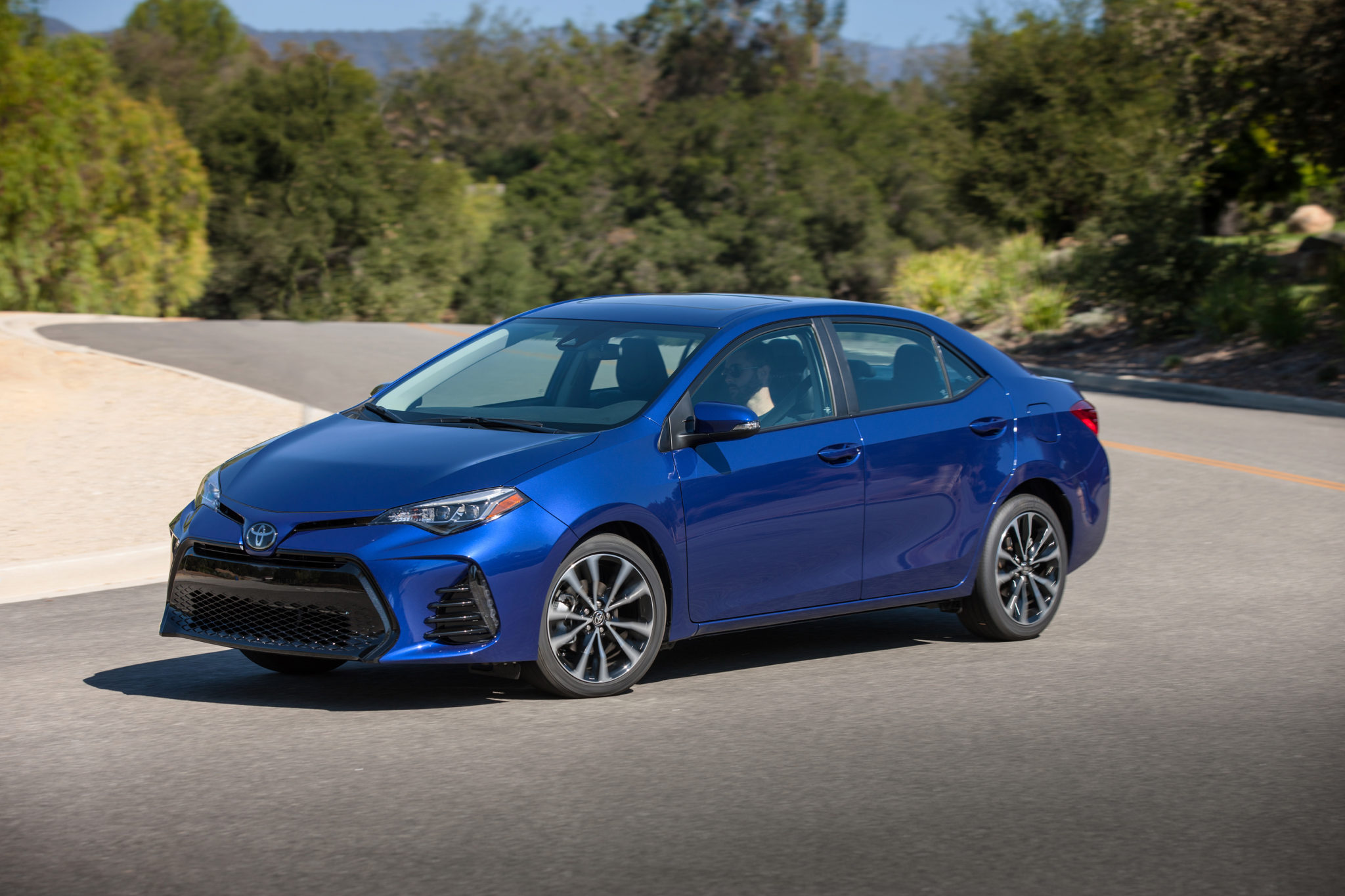 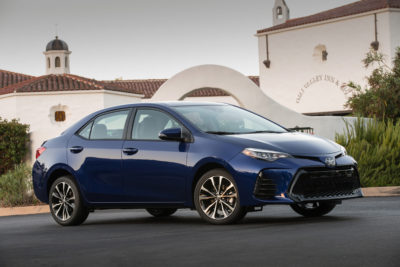 I’ve always loved the Toyota Corolla, which celebrates 50 years on the planet this year (starting in Japan and then migrating over the ocean to us). It has always proved to be a smart, practical car that gives you a feeling of assurance when even your insurance policies can’t assure you of anything.

This year’s Corolla follows in that same smart, safe tradition, with a new, upgraded interior, LED headlights, rearview camera and a generous number of standard features that make this car like many a man in my life: they just keeping getting better as they get older.

I will admit a bias: the Corolla was my first car after graduating from college with a liberal arts degree.  I needed something smart and economical. With my father’s help, I bought a simple Corolla Tercel that was white on the outside, ocean blue on the inside and looked very practical, like a fleet vehicle. I had the car for almost 20 years until it became terminally ill and I had to give it to National Public Radio. It served me well even as its windows were shot out, its tires were slashed, and thieves took my $600 stereo system with high-fidelity cassette tape player. Twice. 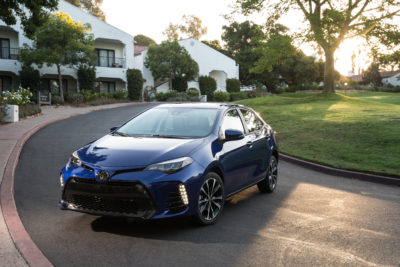 Perhaps now more than ever, a sure thing is a good thing (like Hillary Clinton would have been). The Corolla, one of the most recognized car names in history, is a name upon which you can rely. For everything. Standard features for 2017, in addition to the backup camera, include adaptive cruise control, powers doors and mirrors, Siri eyes-free voice control, Bluetooth, and for me, I really like the standard CD player. Go up the trim chart, and all kinds of nice but perhaps unnecessary accessories await. For getting you around town, only you know how much you need.  Thus, choose wisely.

One nice feature of this year’s Corolla is that it starts out affordable ($18,500 for the base L trim) and goes all the way up to the top trim, the XSE, which starts at $22,680. I test drove the XSE, Toyota’s top dog, and that comes with some elegant features like a sunroof, keyless ignition and entry, heated front seats, and an eight-way power-adjustable driver seat. That’s a far cry from the $5,000 I paid in 1982 for a brand new basic Toyota Corolla Tercel, but 1982 is a far cry from where we as LGBTQs are today. Yes, sometimes the price goes up as the package gets more beautiful while remaining efficient. 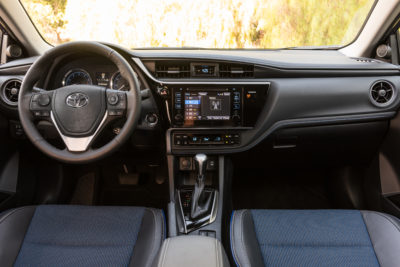 There are cars out there with a lot more whiz and bang and whatever else your sexual desires include. Sure, there is some sparkle and glitter to this year’s Corolla, but really, it’s just a nice simple reliable car.  It’s nothing terribly fancy. It’s not Pink dangling from a high wire at the Grammy Awards or Lady Gaga jumping off the Astrodome at the Super Bowl.  The Corolla is perhaps just a young woman, regardless of politics, singing the national anthem alongside her transgendered sister.

And I still say Jackie Evancho’s parents put her up to singing at the Inauguration in January…..