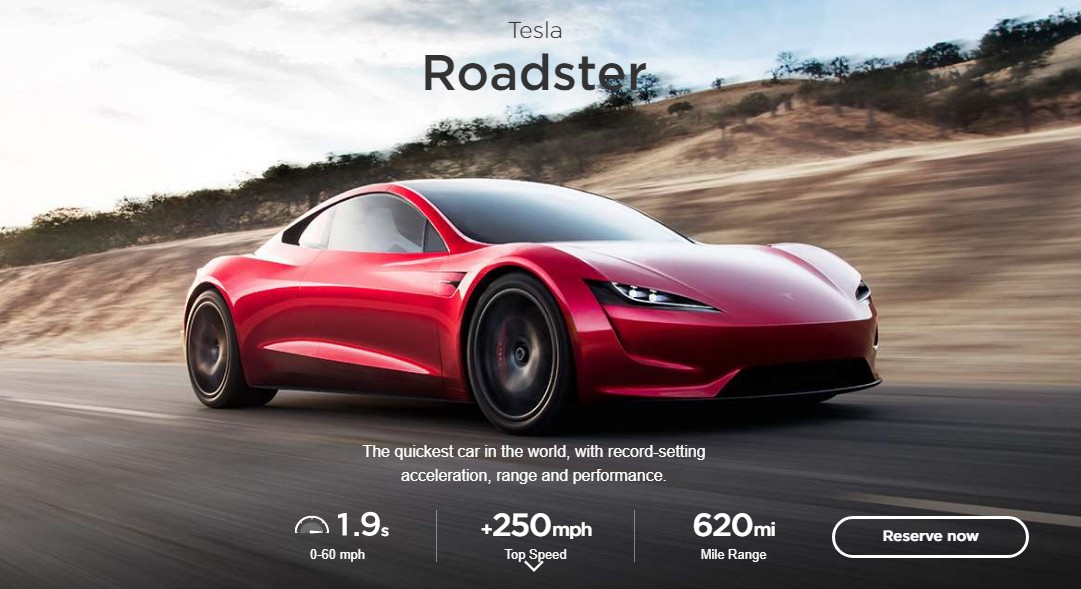 Yesterday’s big auto news was supposed to center on the unveiling of Tesla’s new, all-electric 18-wheeler. But the company’s charismatic CEO, Elon Musk, borrowed a page from the Steve Jobs Playbook and offered folks in attendance “one more thing”: a new Tesla Roadster.

The original Roadster was Tesla’s first model and was produced from 2008 through 2012. Visually speaking, it wasn’t as stunning as later offerings like the popular Model S, but it was miles apart from other EVs like the conservatively styled Nissan Leaf and Mitsubishi’s doorstop-looking appliance known as the i-MiEV. (Worst name ever, BTW.) Plus, the Roadster finally gave electric car owners some oomph to go with their entree of eco-friendliness.

With its sleek, flowing lines, the brand-new Roadster looks much closer to its current-day siblings like the Tesla Model 3. Also, unlike the previous Roadster, this one seats four. And we’re happy to see that it’s got some badass specs to back up its badass silhouette:

Excited? Well, hold on, because your bank account may feel differently. The new Roadster has a starting price of $200,000. Want one of the first-off-the-line Founders Series models? That’ll be $250,000, please.

The new Tesla Roadster is scheduled for delivery during the 2020 model year. You can learn more about it–and put down your $50,000 reservation–at Tesla.com.