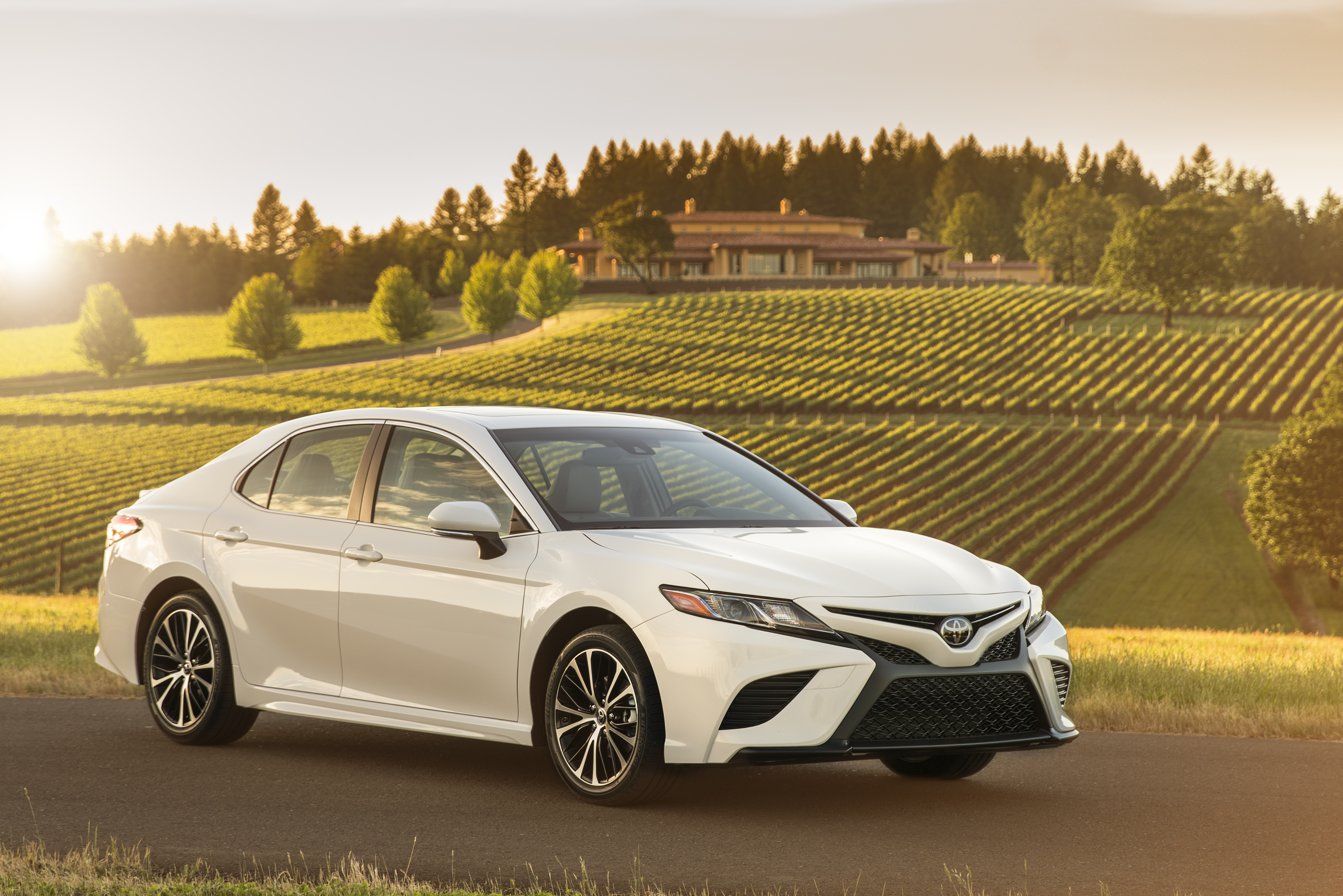 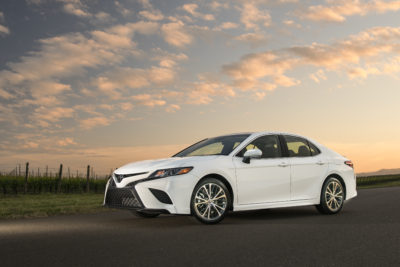 The Toyota Camry: passersby want to touch it, thieves want to steal it. The latest Camry lives up to that legacy, and perhaps more impressively, it isn’t dated like many of your coworkers who are still dressing up for work and having three martinis for lunch. (Yes, kids, business people used to drink at lunch.)

The 2018 Camry is a midsized sedan that seems bigger and bolder than it looked as a midsized sedan last century. Despite its curious name (an Anglicized version of “kanmuri“, the Japanese word for crown), the Camry has remained a class leader that grows more popular by the year. It is and always has been a smart-looking sedan, loaded with affordable style, sleek looks, and power under the hood that really wasn’t common among mass-market vehicles. 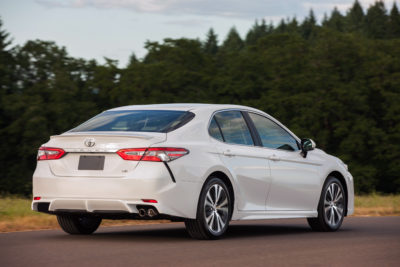 The base L trim starts at $23,495, which ain’t a bad price these days, but know ahead of time that at this base price, you get base features and that’s it.  That includes rearview camera, USB, Bluetooth, and some not-so-base items like keyless entry, as well as a 2.5 liter inline-4 engine offering 203 horsepower and 184 pound-feet of torque.

Go up the trim line to the LE and you get a power driver’s seat and 17-inch alloy wheels, starting at just $505 more than the L. (Yes, $505 is a lot of money, even though most landlords don’t seem to think so.) The top-tier XSE V6 comes with JBL speakers, leather upholstery, keyless ignition, and blind spot monitoring, to name a few niceties. The 2018 Camry, like its older incarnations, can become as luxurious or as workaday as you like.  No matter what you do to it (including having it impounded), the Camry will always look great, even when it’s parked next to the other feral mutts in the pound. 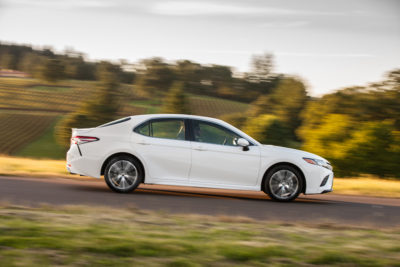 I tested that top-tier XSE V6, which came–as you might expect–with a 3.5-liter V6 engine offering 301 horses and 267 pound-feet of torque. Admittedly, all that luxury, starting and ending at $34,950 before taxes and fondling, is alluring. You don’t ever feel like you’re sitting in a BMW or Mercedes, but you do feel like you’re getting luxury and spirit worthy of a Lexus, Toyota’s younger sister who managed to marry well. This year’s Camry is both a workhorse and a show pony, and you can customize or fantasize as you wish or need.

One thing this year’s Camry is not is a “shithole”, as Donald Trump likes to call people or things he dislikes. (I refuse to call the man “president”.) Many news organizations have refuse to say or air the word “shithole” because it’s offensive.  Yet if we citizens do not fully realize how offensive our White House squatter is, we will fail to realize the true danger his presence presents.

Most citizens of Norway, a country from which Donald Trump wishes more people would immigrate, would never move to a shithole country like the U.S. because, for starters, there is no universal health care, as most of rest of the developed world offers its citizens.

Hard to argue with Scandinavia about the US being a shithole county with shithole health coverage led by a shithole president.