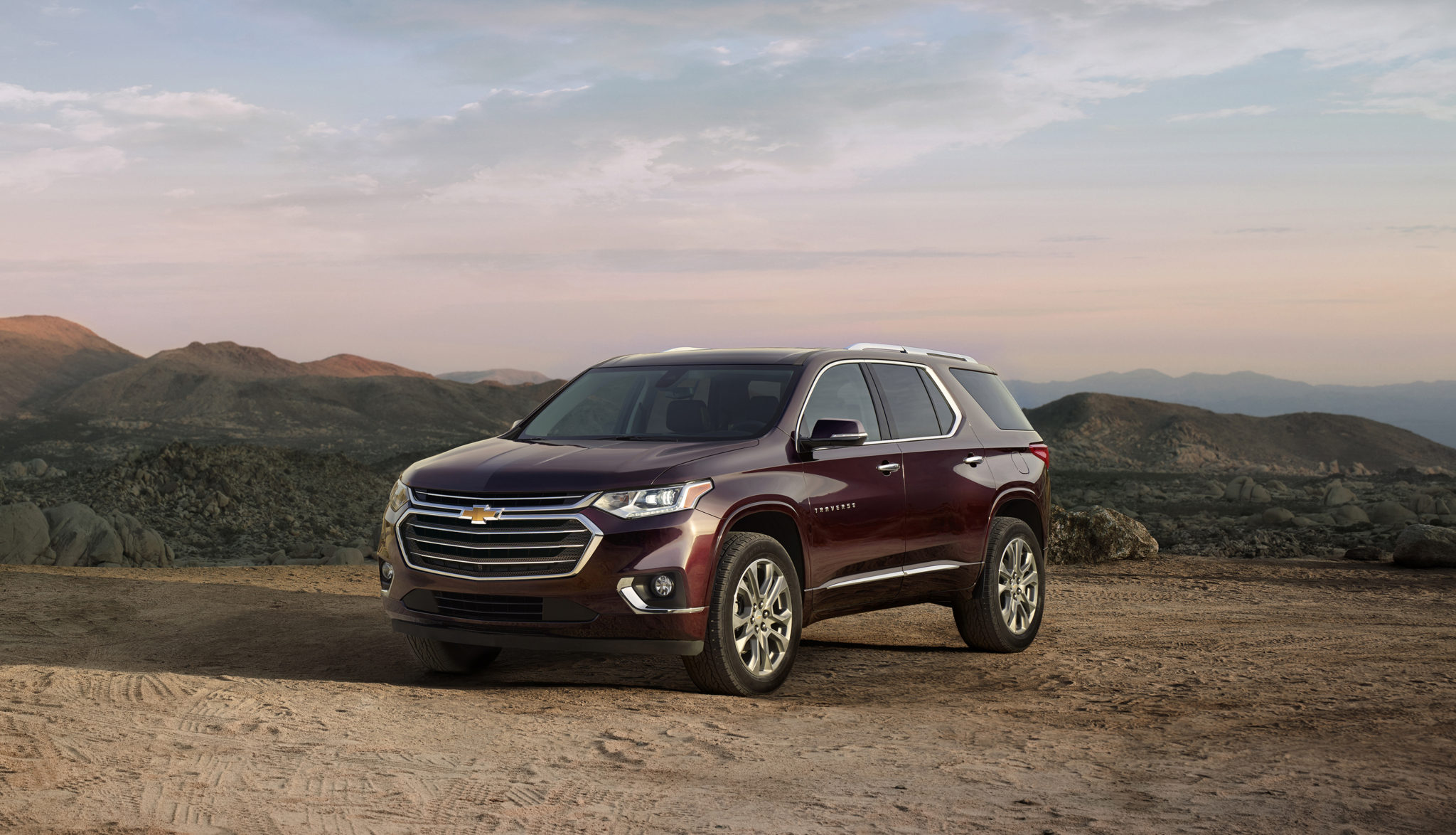 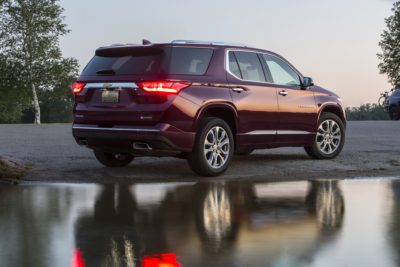 Let’s face it: for most LGBTQs, there’s no such thing as wasted space. Every inch is put to good use (sexually and otherwise), even if it’s just for staging.

Personally, though, I love wasted space and have never cared to live in a place that uses space “efficiently”. To me, that’s always meant being squeezed into a space about the size of the toilets at the new gay bar that’s basically a converted Domino’s. When I need room, why contort myself when I can traverse?

Need almost 100 square feet of room for all your stuff and your life’s good and bad decisions?  The 2018 Chevy Traverse is your roomy buddy with the big cavity that can take much of your manliness in the rear or on the sides (and you get 18-inch wheels and push button start on all trims). Plus, he’s now 400 pounds lighter, so he is more agile.

Don’t let that weight loss fool you, though. The Traverse is still a brute, equipped with a standard 3.6-liter V6 engine with 310 horses and 266 pound-feet torque. And he still needs room to maneuver or he just might flatten someone–a more dangerous version of “sit on me, daddy”. 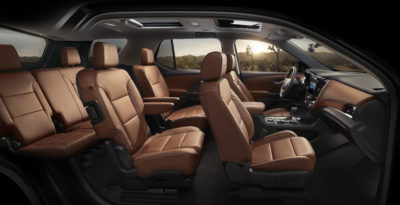 Can you believe this beast is considered a midsized SUV? Many reviewers love its room and durability but complain that the performance is merely okay and give the model average marks overall. Yeah, well, maybe. This is a classic American vehicle, so it doesn’t glitter like many a sashay/shantay queer show, but if you’re into “Men of the Homo Rodeo” or “Soda Jerks of Midwest Truck Stops”, the Traverse will have a certain middle American appeal to you.

(In the past, “middle American” meant “anti-gay”.  Now’s the time to take back that term.  We did it with the words “gay” and “pride”, so we can do it with “middle America” too.) 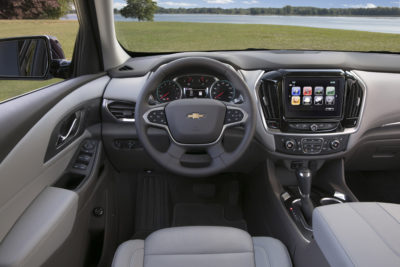 As with all 2018 models sold in America, a backup camera is standard on all Traverse trims. On the higher-end models, you also get a forward camera, which automatically kicks in after you’ve backed up and then put the car back in “drive” and are going at relatively slow speeds. It’s kinda odd to adjust to at first, but it is a bumper (and small life form) saver.

Also, with all GM products, I love how the music stays on until you open the driver’s door. With many manufacturers, the moment you kill the engine, the Ke$ha and the Pink go silent as well (sounds like Trump’s master plan, doesn’t it?). Now your guiding voice will stay with you until you’ve found the exits.

Side note: Many readers have been critical of how much politics I infuse in my reviews.  If we were in an ordinary situation with an ordinary Congress and an ordinary, boring Commander in Chief, my critics might have a point, yet I point to the silence of Germany as the Nazis came to power. After having been arrested by my own military command for admitting to being gay, I have no more tolerance for Trump and his hateful ilk, and I fear little when it comes to fighting people who want to destroy us. I stand solidly with my LGBTQ family to resist and fight until everyone is safe and free.