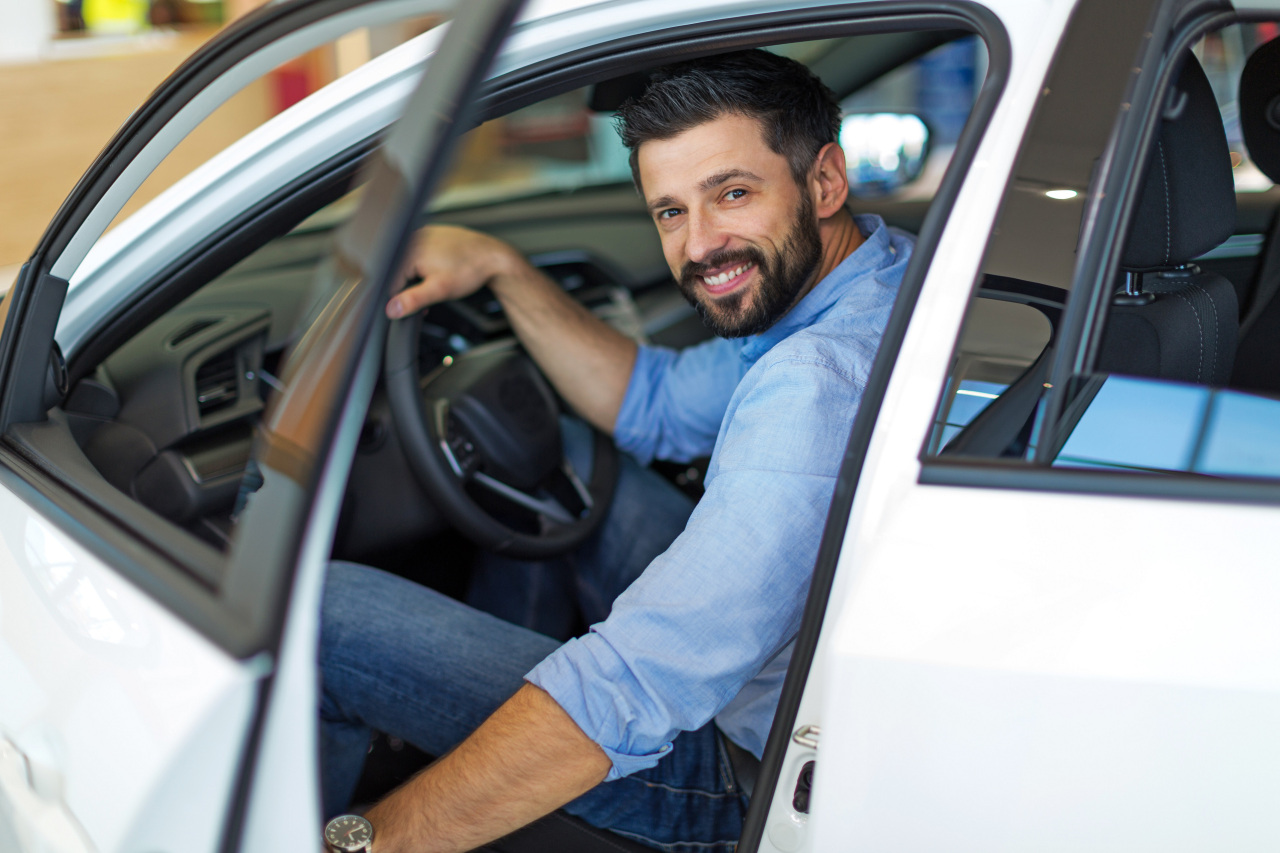 This is the first in a series of articles to help readers like you make informed decisions when buying your next ride. We hope to roll out a new post every week, but hey, don’t hold us to anything.

Should you buy a brand-new car?

So, you think you want a new car? Not a used car, not a hand-me-down, but something bright and shiny and fresh out of the showroom? You may already been looking around some Chevy Tahoe Dealerships and decided for definite that a new ride is on your shopping list. Buying a new car is great for people, but for others purchasing a used car is more beneficial to them. This purchase could be because it’s a more cost-effective or a better option depending on their circumstances. If you are looking for a used car dealership, you may want to ensure that they are insured by a company similar to this Insured ASAP Insurance Agency before your purchase, so you know that you’re covered should anything happen with your new car. So, buy new or used? Are you undecided?

That’s not a bad thing. There are plenty of reasons to want a ride that’s just come off the assembly line, but is brand-new right for you? Let’s take a quick look at the pros and cons. 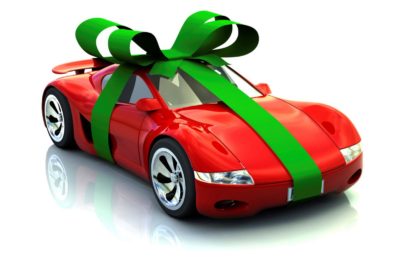 Buying a brand-new car has numerous benefits. You might think that those upsides are mechanical–a new engine, new brakes, and so on–but in fact, they’re largely psychological. Topping the list: it’ll be new, so you’ll be its “first”.

I admit, that phrase dredges up a lot of unpleasant sexual innuendos. I don’t need to explain them here. Let me just say that that kind of wink-wink, nudge-nudge, manly-man, thinking is part of the reason I never felt comfortable in the garages I knew as a kid. Even at the tender age of six, I knew misogyny when I heard it.

But let’s set aside the crass metaphors for now. Since a new car is, by definition, new, you’ll be the one to break it in. That’s attractive in the same way that a clean, white sheet of paper is attractive to anyone with a pencil: it’s pristine and untouched, owner-naive. You, the buyer, will be the first to drive your car to the beach, the first to take it on a cross-country road trip, and, if you’re very, very unlucky, the first to ram it into the backend of a Ferrari that’s stopped at a red light. Or the first to get rammed, depending on how you roll.

You won’t have to put up with anyone else’s dings and dents. You won’t have to wonder where that weird stain on the the passenger’s seat came from. Apart from its birth at a factory somewhere in Ohio or Mexico or Japan and its presumably uneventful journey to your local dealership, you’ll have total knowledge of the car’s history. You’ll know the saga behind every scratch, every scuff, every quirk. To many people, that’s important.

New cars are also attractive because, when you buy one, you’re getting the most up-to-date model. (For folks purchasing late in the year, that might not be the case, but more on that later.) If you’re the kind of person who wants to have the latest and greatest of everything–say, the kind of person who sets up camp outside the Apple Store to get the newest iPhone–buying a new car rather than a used one is likely a very big deal.

There are many more reasons to like new cars. Here are just a few:

Our parents typically bought new. In my family, getting a new car every four years was as normal as a summer trip to the mountains or an awkward Thanksgiving dinner with strange aunts and uncles. It was just something we did, and as kids, we didn’t ask questions. The same was probably true for some of you. It’s the way we were raised. Never underestimate the power and allure of tradition. (Though traditions and the biases they bring aren’t always helpful. More on that later, too.)

We want something shiny. Like magpies, humans are often fascinated by sparkly things. Unfortunately, few things remain sparkly forever without a lot of work, and some of us get overwhelmed with the responsibilities of upkeep. We want to chuck our tarnished, aging possessions, hand them over to someone else, start fresh. If you’re in that number, and if your car is feeling more worn out than worn in, buying a new one from one of these Bad Credit Car Dealerships could be just what you need. The power of retail therapy is strong.

Some of us really miss that new-car smell. There’s nothing like the scent of a brand new ride, especially after its been parked in the sun for a few hours. The heady aroma of warm metal and leather and plastic is intoxicating. (And a little toxic, too.) Interestingly, despite the ways that cars have changed over the years, the new-car smell has remained largely the same. As a result, sliding into the driver’s seat can be a nostalgic experience, like tasting a pie made from your grandmother’s special recipe, or smelling a whiff of the cologne that your college boyfriend wore: it takes you back. The “new car” fragrance at the detailing shop just doesn’t even come close. Then again, none of those scents do. (Word to the wise: avoid anything labelled “wild cherry” at all costs. Why you’d go for that, I don’t know, but trust me.)

To some of you, those reasons might seem shallow, but they’re really no different than the justifications we use when buying new clothes or laptops or bed linens. Each of us values material goods in different ways. For people who put a premium on cars, these reasons are completely legit.

That said, you should also remember that buying a new car isn’t all it’s cracked up to be. If you’re on the fence, you should weigh your enthusiasm against these downsides. 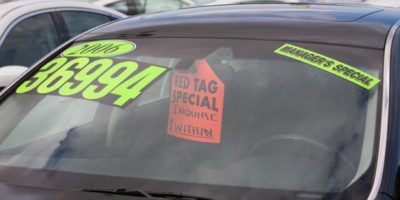 The biggest strike against new cars is that they’re expensive. Even budget models like the Nissan Versa can cost far more than their starting price would have you believe. In America, the average new car now costs upwards of $30,000, thanks in part to a bevy of attractive add-ons like navigation, safety systems, rims, roof racks, off-roading equipment, and even floormats. (Yes, many automakers still charge extra for floor mats.) And that’s to say nothing of tax, title, and all the other nickel-and-dimey things that come up at the very last minute.

Even if you play it very close to the bone–even if you’re willing to put up with minimal creature comforts and maximal plastic surfaces–your new car will still likely cost at least $15,000, when all is said and done. And while some of us will happily shell out $5 for a cup of coffee while watching our parents and grandparents shake their heads, few of us are in a position to toss around $15,000 like it’s nothing. That means that most of us have to use car finance, and that obviously means more debt.

Far be it from me to advise you on money matters–I’ve had my share of problems, same as everybody else. But I will say that with credit card payments, mortgages, student loans, and other monthly expenses, more debt is the last thing that many of us need.

Worse, you’re probably not going to get that money back. When you invest in a house or stocks or even a legit game of craps, the odds of making a little dough aren’t so bad. (Slot machines? Another story for another time.) In exchange for all the dough you shell out on a new car, though, you’ll probably wind up with a hunk of metal, plastic, and rubber that depreciates dramatically the minute you drive it off the lot. With rare exceptions, a car is a terrible, horrible, no good, very bad investment. 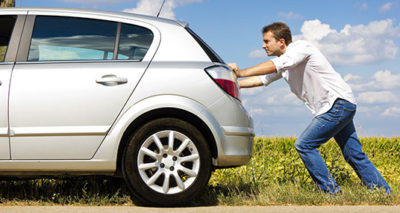 Another thing to consider: your brand-new ride may come with a few kinks. If the model you’re pining for is a completely new addition to the automaker’s lineup or one that’s been significantly redesigned for the current model-year, it may suffer from extreme flaws.

Models that have been around for a while have been tested, not just in labs and on tracks, but also by real-world consumers. New models? Not so much. And oddly enough, serious re-designs–the kind that take place about every seven years in the auto world–mean that even well-known, tried-and-true models like the Honda CR-V and the Ford Fusion can suffer, too. So, although you may adore the brand-new look of the updated Chevrolet Camaro or Mazda Miata, keep in mind that it might have some problems that need to be addressed, possibly by recall.

Here’s one example of what I mean: the Ford Escape got a major overhaul for model-year 2013. In the blink of an eye, the Escape had gone from being a boxy, semi-forgettable sibling of the Ford Explorer SUV to a sleek, dynamic crossover that could stand on its own.

Unfortunately, because the design was so new, the Escape was recalled countless times to fix a range of problems like wonky door handles, overheated engines, and potential fuel leaks. The 2014 model didn’t have as many issues because those problems had been worked out with the 2013 edition. 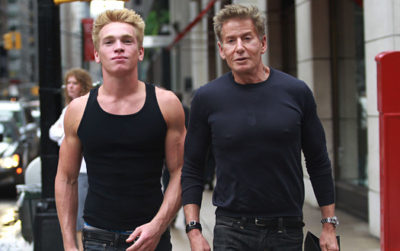 And last but not least, on a psychological note, if you’re the sort of person who craves new things, new cars aren’t going to hold your attention very long. Like certain men who seem always on the lookout for a new trophy boyfriend, within a year or so of buying your new car, you’ll probably begin to gaze longingly at newer, snazzier rides, envying their freshness.

I know many, many people who fit this M.O., and as much as I’d love to think that they can change, I’ve seen absolutely no evidence of it. Zip, zero, zilch. That obsession over new stuff is deep-seated, and it’s probably something that you and your bank account have to accept and deal with–unless you believe in the power of therapy, that is. In which case you should just take the money you’re planning to spend on a new car and pay for several hundred hours on the couch instead.

New car fans: have you gotten cold feet yet? If so, next week’s entry on used cars may be more your speed. If not, just wait for the week after, when I’ll provide some important tips about choosing the right car for you. I promise not to steer you wrong.