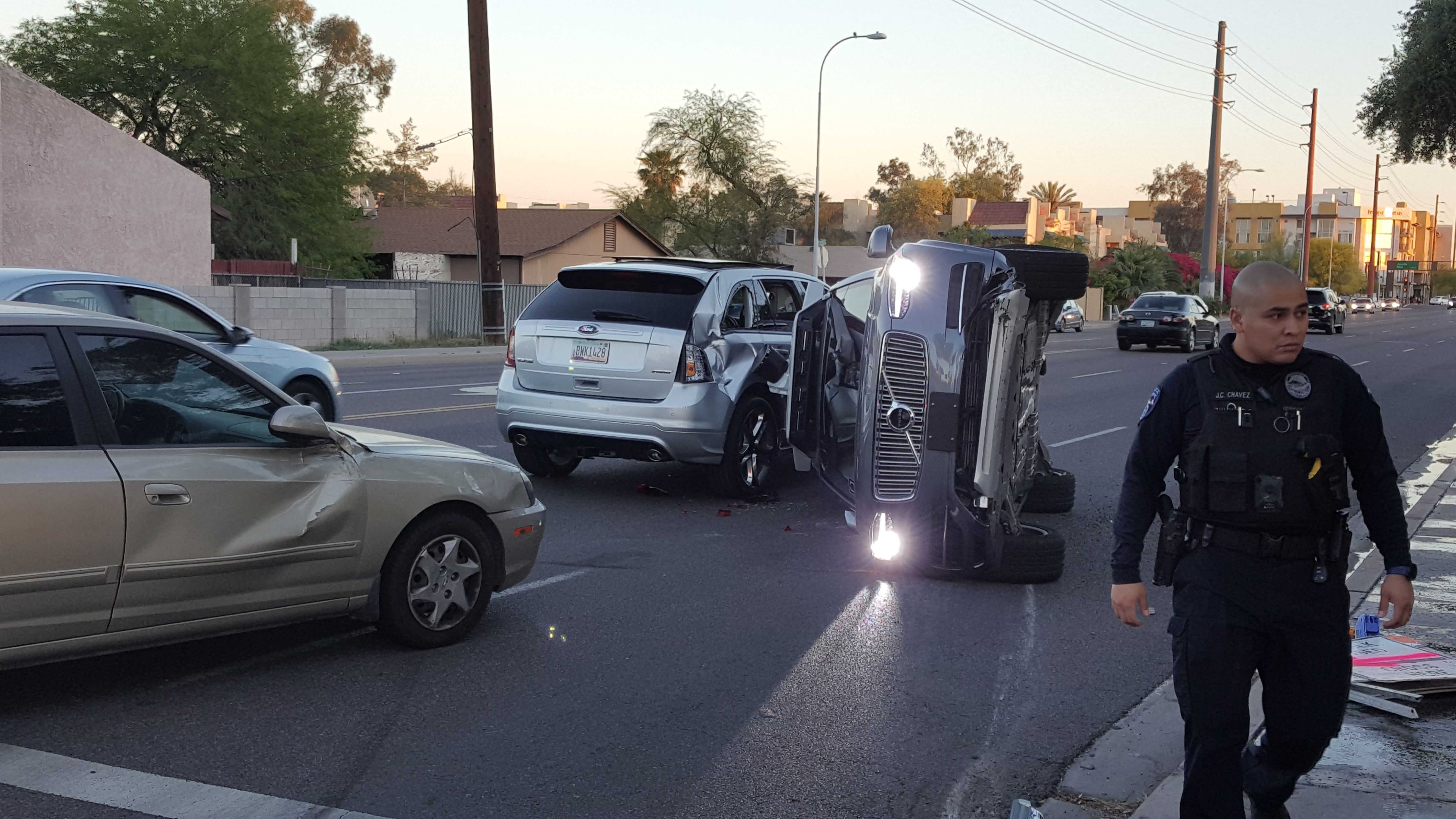 The police in Tempe, Arizona, have now called the deadly collision “entirely avoidable“:

A 318-page report from the Tempe Police Department, released late on Thursday in response to a public records request, said the driver, Rafaela Vasquez, repeatedly looked down and not at the road, glancing up just a half second before the car hit 49-year-old Elaine Herzberg, who was crossing the street at night.

According to the report, Vasquez could face charges of vehicle manslaughter. Police said that, based on testing, the crash was “deemed entirely avoidable” if Vasquez had been paying attention.

Police obtained records from Hulu, an online service for streaming television shows and movies, which showed Vasquez’s account was playing the television talent show “The Voice” the night of the crash for about 42 minutes, ending at 9:59 p.m., which “coincides with the approximate time of the collision,” the report says.