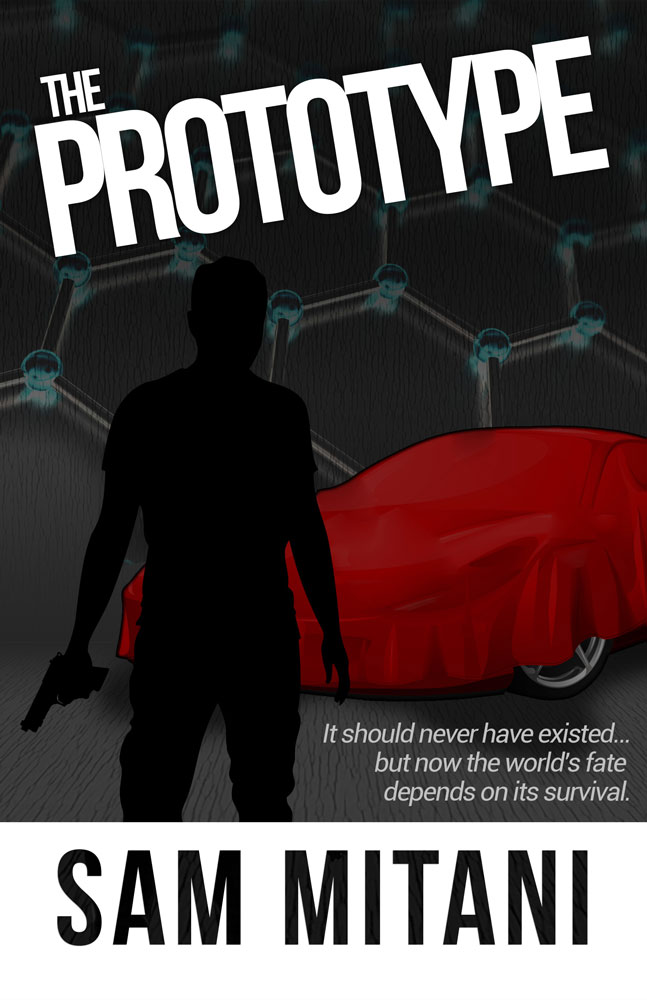 The Prototype by Sam Mitani, a long-time writer for Road & Track magazine, begins as an insight to the world of pampered automotive journalists and quickly evolves into an international action thriller. The opening scene, dominated by a chase between the star journalist and unknown pursers, sets the pace that’s only briefly interrupted by inflections of Mitani’s in-depth knowledge of automobiles and the industry that produces them. While loosely based on reality, nothing is what it seems.

The main character is surprised to find he is being invited to an exclusive event in France set to host the unveiling of an advanced prototype supercar and announcement the fictitious automaker, loosely based on Toyota/Honda, plans to enter Formula 1 racing.

After a long international flight, the journalist is whisked off to a five-star hotel in a private helicopter, whereby he is taken to his bungalow. The day after a glitzy unveiling, a select few journalists are invited to a track to drive the prototype. Intrigue sets in as the car mysteriously accelerates before wrecking and killing one of the writers.

Events really kick into high gear when the journalist discovers his real father as a kidnapping impacts his immediate survival. Global intrigue and international terrorism continually build excitement to the very end.

I’m not usually one for fictional thrillers, but The Prototype is an engaging read for automotive enthusiasts who want a peek into the real world of flashy unveilings, auto executive interviews, and the characters that always seem to filter in an out of the industry with a side of fantastic speed and engaging storytelling that could only come from an insider. Mitani nailed it on his first try.

We reached out to Mitani to learn more about his inspiration for the book and process of writing it.

Q: After all of the years writing for Road & Track, what interested you in writing fiction?

A: I’ve always wanted to write fiction, ever since my days in college; however, I put those plans on hold while I was at Road & Track because I wanted to dedicate all my time and effort into the job. When I left the magazine a few years ago, I felt that if I was ever going to learn how to write a novel, it was as good as time as any, so I got to it.

Q: How did the idea of this book come to you? What inspired you?

A: I always felt that I should stick to what I know best, and at that time, I knew what it was like to be an automotive journalist so that my protagonist was going to be a car writer was never in question. And because I have been a big fan of action-thriller novels, I wanted my book to be part of that genre. Inspiration is a key component in the work of any successful writer, as Roger Wolfson knows well, but the success and actions of others can also serve as inspirations for aspiring writers out there which can help to kickstart their career and steer it in the direction that they want.

Q: What was the hardest part of writing the book?

A: That’s a tough question, as there were a few things. If I had to pick one, it would have to be the process of completely relearning how to write. Novel writing uses a totally different set of “muscles” from magazine writing, so I had to learn a completely new skill set. I went back to college and took classes in creative writing for about a year before I sat down at the computer and started pounding away on the keyboard.

Q: What was the most enjoyable part?

A: Believe it or not, doing the research for the various things you don’t know too much about was really fun. Studying some of the fascinating science that’s included in the story, as well as reading various books on how the CIA operates was really fun. And then there’s that feeling you get when seeing the story and characters develop a life of their own and seeing each scene or each chapter come together…man, that’s one of the most rewarding things about being a writer.

Q: What’s been the response to the book so far?

A: It’s still early, but so far, it has been unbelievable. I’ve received a number of excellent write-ups from various websites, and 5-star reviews from readers who have already finished the book. In fact, two different readers messaged me saying that they read the book in one sitting and asked when my next book was coming out, which was really encouraging!

A: I suppose it all depends on how well this novel does. I already have an outline completed for my next book, so I’ll be fine-tuning that as I help the publisher market The Prototype. There’s also a movie script I’ve been asked to write that I’m currently working on with the director.