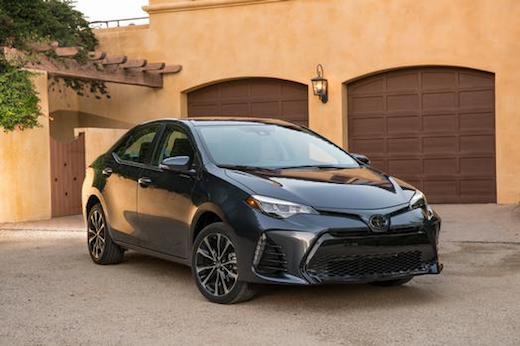 Sure, I was just looking for a cheap car that I could drive cheaply. I paid $5,000, with monthly payments 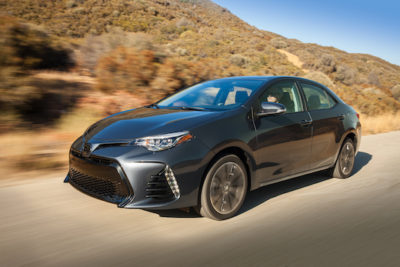 of about $111, and even then, my sister still complained that I paid too much. But I didn’t care.  It was a simple white two-door with a Hawaiian Blue interior and I loved it.  It served me well for 20 years until I gave it away, while on its deathbed, to National Public Radio. To this day, I will always proclaim my love for it.  That’s how your first love will always be.

So imagine my joy when I got to drive a 2018 Corolla in Alameda, California, (my first hometown) earlier this summer. I know the Bay area well, and as such, I was able to show my friend Paul McLaughlin from Melbourne, Australia, all around San Francisco on the cheap because we 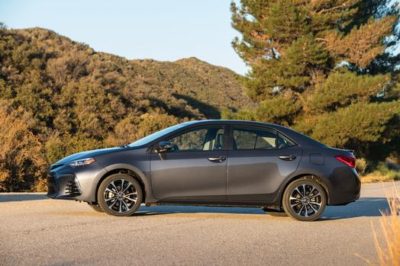 were staying in Alameda across the Bay.  Yeah, sure, some people disparage those who live across the bridge who cannot afford to live in the center of the action.  I say Fructose ‘em. I truly enjoyed Alameda as a child; who knows what mischief I would have found in San Francisco had I actually been able to just mince down Castro Street. 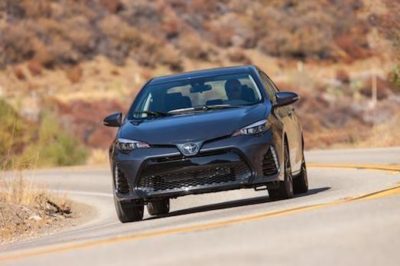 money. So you better treat her right.

Perhaps the key attraction of the Toyota Corolla is that fact that it gets a combined 31 mpg. That’s a great number for a gasoline-only engine. Starting at just $18,600, you get a 1.8-liter 4-cyliner engine that will cough up (not that you would care if you are considering a Corolla)132 horsepower and 128 pound-feet of torque. Interior room is decent. The infotainment system is a breeze to operate, complete with old-fashioned knobs and dials just to make you feel like you are back in your grandmother’s Oldsmobile.  The Corolla is a classic that still has some 21stCentury kick to it.

To be sure, not everyone is as enthralled with the Corolla as I was. U.S. News and World Report,a trusted source in my book, used terms like “uninspiring” to describe the engine, “humdrum” to describe the handling, and “low-rent” to describe the interior.  OMG, that stings like a school of hornets! But let’s be clear: if you are considering the Corolla, of course you are looking for the cheapest rent possible. Hey, you are trying your hardest to keep your head above water financially (and possibly romantically). The lower the rent, the better, most likely. So okay, if you drive a Corolla and it’s not 1983 when Donna Summer still ruled the pop charts, some of your friends may still have a chuckle…..

….while you still have some money in the bank.