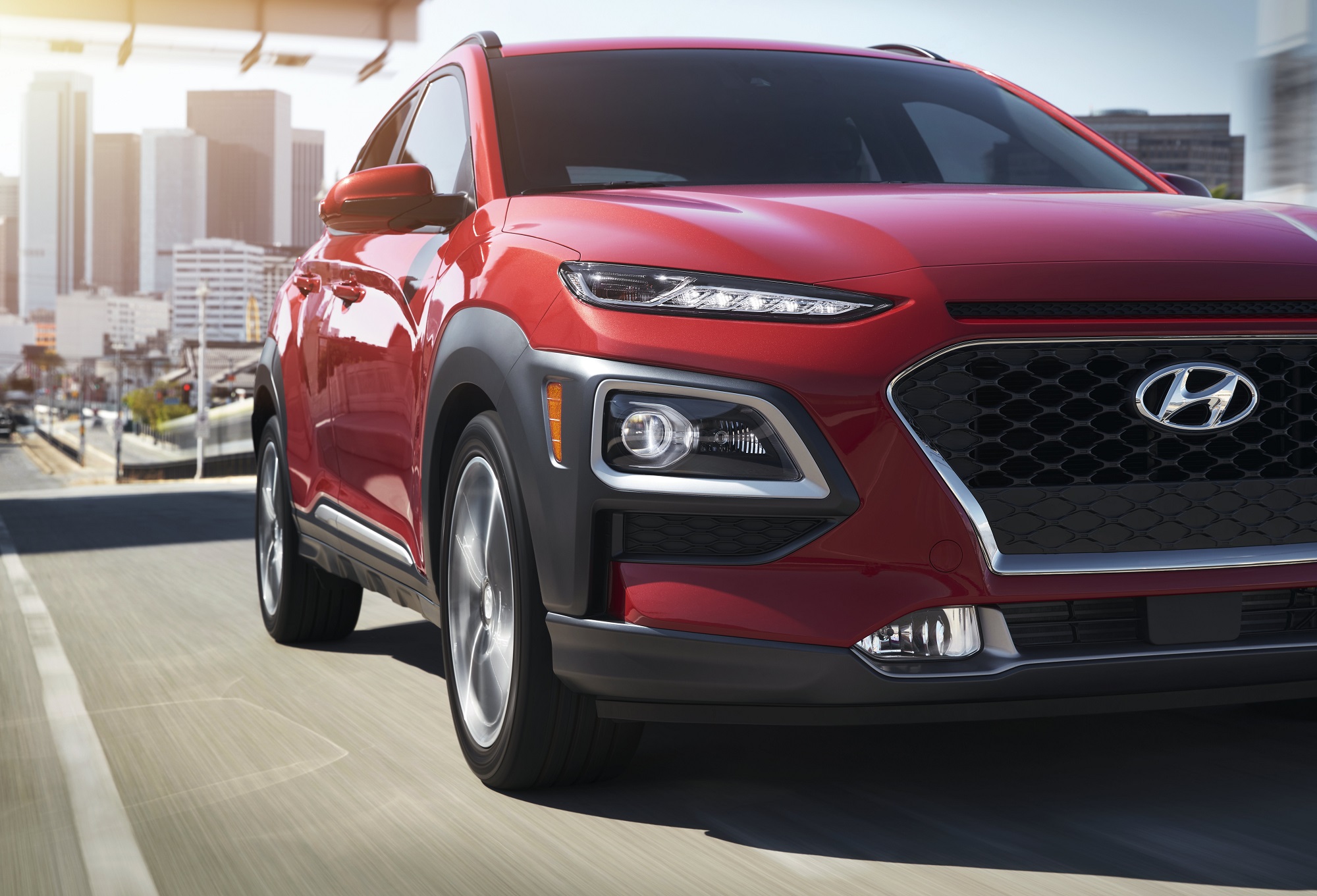 If Hyundai really wants a piece of the sub-compact crossover segment, it better come ready to throw down amongst about a billion competitors. Some boring little two-box aberration won’t do. It would need stand-out style, ample performance, and a cozy little interior. Go ahead and name it after some tropical paradise, too. No doubt, the 2018 Kona is a slick little city surfer. 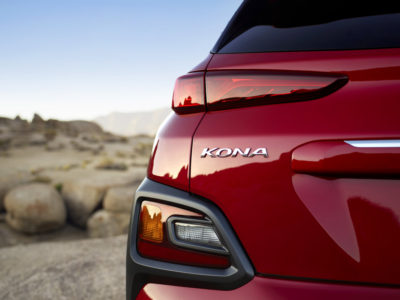 Nothing in its class will be mistaken for the Kona, given its squinty LED driving lamps over cleverly disguised headlamps below. A large chrome-ringed grille plants a kiss between the arrays of light. Gray cladding that wraps from the wheelwell lips into lamps front and rear, plus additional strips along the lower bodysides, over-promise off-road capability. Dress it any way you want, but the Kona is really just a tall hatchback. A body color rear spoiler, 17” alloy wheels, and elegant body sculpting add upscale style. You won’t mistake it in a crowd.

I’m a sucker for hound’s-tooth upholstery, preferably in a classic Chevy Camaro, but it looks pretty fabulous on the Kona’s seats. And, those seats are pretty comfy too with their shallow side bolsters, formed headrests, and heated cushions. Rear seat passengers find space a little tight, but split/fold seatbacks expand cargo capacity. Back up front, there’s a lot of hard plastic on the dash and doors, but looks good. A leather-wrapped steering wheel and shift knob add softness. 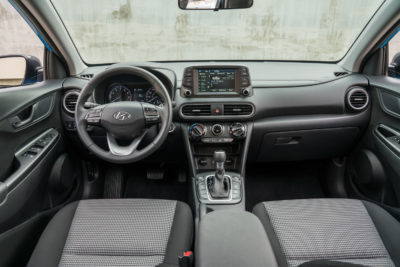 There’s plenty of technology to help you forget the bargain class trim. A big intuitive touchscreen occupies the center dash. Proper volume and tuning knobs, plus Apple CarPlay and Android Auto, add convenience – as does Bluetooth and USBs. Climate control is old school with big knobs and buttons, but couldn’t be easier to use. Push button starting and keyless entry are appreciated on this lower-end model. Safety is enhanced with blind spot warning, rear cross path detection, and rearview camera.

You can buy the Kona with a 175 horsepower turbocharged four-cylinder engine and all-wheel-drive, but we skipped all of that fuel-sucking nonsense and instead opted for a front-drive model with the base 2.0-liter four-cylinder engine. It delivers 147 horsepower and 132 lb.-ft. of torque through a six-speed automatic transmission. Fuel economy is rated a frugal 27/33-MPG city/highway. There’s a drive mode selector that changes sensitivity of the electronic throttle for more spirited acceleration. It doesn’t create one pony more, but gives the ones you have a swift kick in their ribcages. 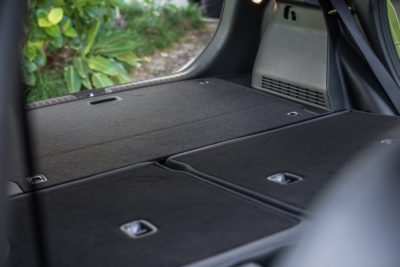 One of the Kona’s strong points is its chassis. Nobody should think the little crossover is a sports car, but it floats over rough city pavement with not a squeak or creak and turns sharply to maneuver through tight parking garages. Narrow city streets feel like home. It gets blown around a little on the open prairie, but mostly makes a good traveling companion. And if you like this one, check out the electric version with a spirited 201 horsepower, storming 290 lb.-ft. of torque, and 258 miles of free roaming range.

There are far more sophisticated and roomier compacts for the same price (the VW Golf and Subaru Impreza come to mind), but the Kona has just enough crossover cachet, technology, city friendly dimensions, and interior style to feel like much more. Heck, I’d buy it just for the Hound’s-tooth seats. A base price of just $19,500, or $22,405 as-tested, puts the Kona against an array of vehicles like the Subaru Crosstrek, Nissan Beat, Honda HR-V, Toyota C-HR, Chevy Trax, Ford EcoSport, Fiat 500X, and Mazda CX-3.