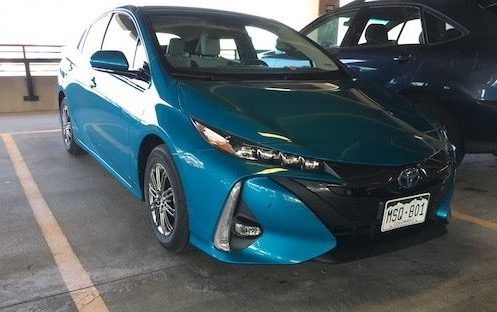 Look carefully at the Monroney Sticker for the 2018 Toyota Prius Prime and you will see that Toyota is promising, with the backing of fueleconomy.gov, that you will get combined electricity and gasoline mpg of 133 when you drive this car off the lot, and you will get a mere 54 mpg if you use gasoline only.

Such an advert looks like a setup for a TV show where unknown suspects get punked into thinking that a flying car will get them across The Grand Canyon with room for their baggage and boxed lunch. In this case, however, those mileage numbers have been verified and are indeed true.  You can indeed go far on just a few dollars once you hop in the cockpit of the 2018 Toyota Prius Prime.

The Prius has come a long, long way since it was launched back in the early 2000s.  The first hybrid car was a rough little beast that was sold to a green progressive car-buying crowd that wanted to better protect the earth than their gas-guzzling brethren did. I remember driving those early Prius models and, wow, was that a struggle.  Yet the model has survived and gotten better every year. Comes now the Prime, which is unchanged from last year, and as a true hybrid that combines a battery and gasoline and the ability to plug it in overnight for the ability to just cruise along without ever filling up or recharging anything, assuming you don’t go too far.  The green set really loves this type of car.  It’s efficient in a certain way.  The gasoline is there if you need and want it, but if you have the time and desire, you can charge it and just use that to get you around town. This car sounds and feels like you are driving a bumper car: the electricity kicks in once you go either forward or backwards, and once you stop, there is a sense the all the power has been shut off because all the power has been shut off.  It is efficient in that sense. 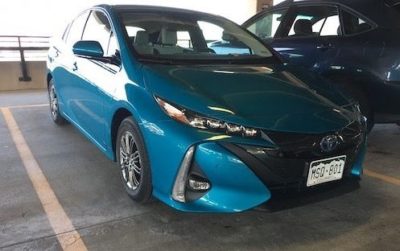 Compared to other Prius trims, there is less interior room for passengers in the Prime.  The added batteries mean it is heavier, and that will take a toll on performance. The dashboard, however, really is a work of art. It stretches all the way down to the cupholders, just like a tablet. All these cutsey cartoons play when you start and stop the car, so just know that’s going to happen.  You may feel as though you are in some sort of Jetson personal spaceship, and perhaps that was the intent.

Prices start at $27,300, so that is a bit pricey, but if you do have a way to keep your car charged every night (that means you must have a garage or a dedicated charging spot nearby) and you are vigilant about doing it every night (like walking the dog), then this could be monetarily worthwhile for you. 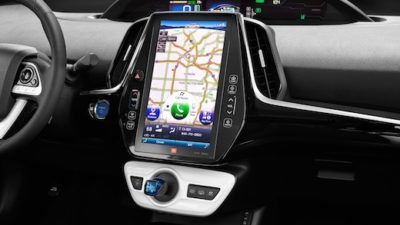 I admit, I am still an old gas guzzler.  That is not very gay in the 21stCentury.  I should make more of an effort to be more green.  I am trying, I promise.  But I just love putting my foot down and hearing a big engine open up and give me a thrill….

That really is why I became gay. Well, one of a thousand reasons…..