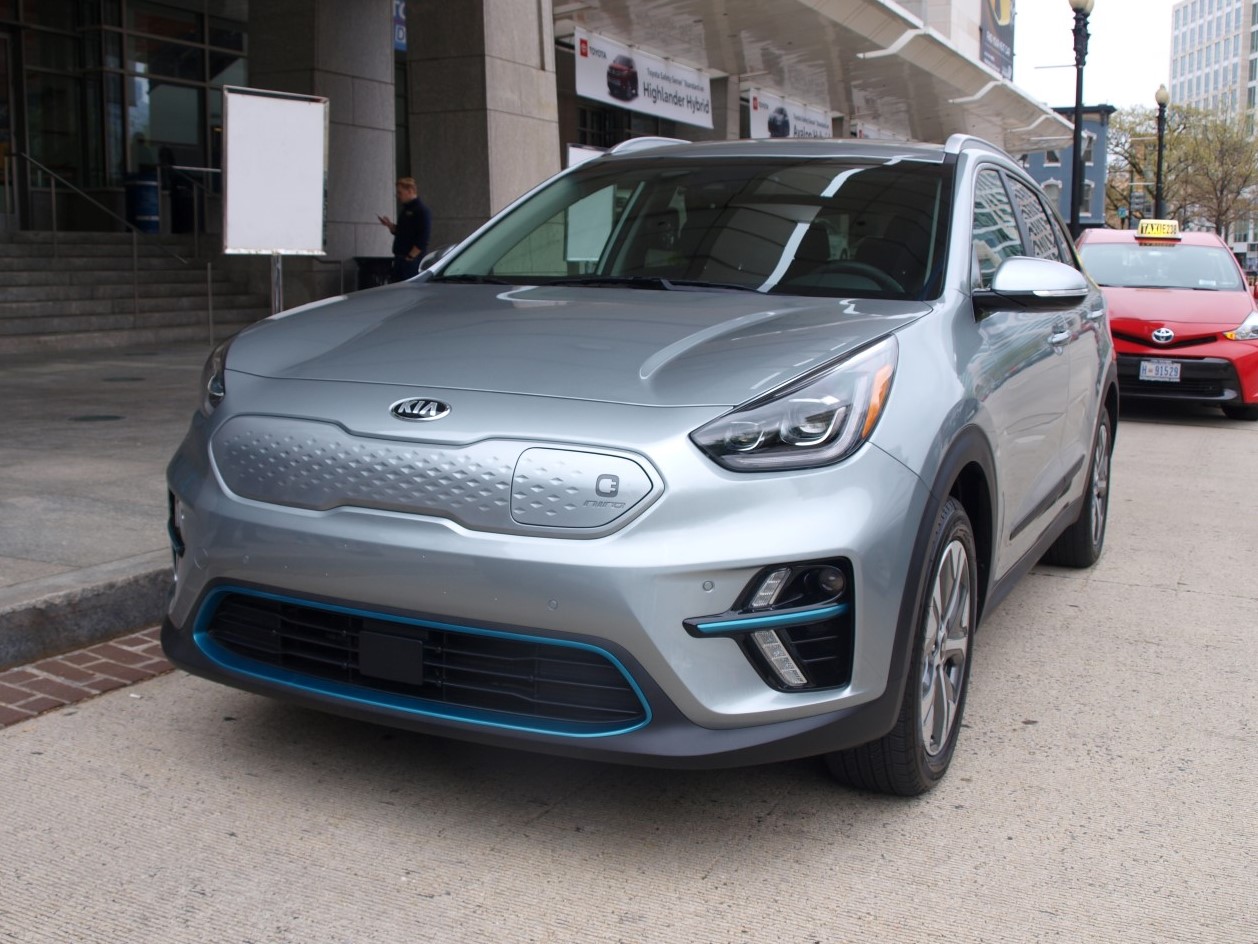 The future is electric. At least that’s what we gathered from a recent media event we attended in Washington, DC.

While the West Coast leads in electric and plug-in hybrid vehicle registrations, the battleground for vehicle acceptance and regulatory standards is actually in Washington, D.C. – the nation’s capital. It is the place where policy and standards are being developed and tested for electric vehicles and plug-in hybrids.

The Washington Automotive Press Association invited us for a day of information exchange and demonstration on the latest of electric and plug-in hybrid vehicles during the run of the Washington Auto Show inside of the Walter E. Washington Convention Center. We were joined by representatives from Audi, Electrify America, Exelon, Kia, and Subaru.

The Washington Auto Show hosted an indoor track for visitors to take turns in driving and riding along in the latest electrified vehicles. We wanted to know more about what is on our horizon for you to consider, if you are in the market for an electrified vehicle.

As we know, the Audi e-tron quattro SUV is coming to showrooms soon. The battery-electric vehicle is promising an estimated range of 204 miles, which you can go 54 miles based on a quick 10-minute charge. The e-tron can be recharged with DC Fast Charging, as well as Level 2 240V charging.

The story is not just the vehicle itself, but rather Audi’s partnership with Electrify America in terms of charging services for its owners. Electrify America operates a network of more than 16,000 across the country, with plans on adding another 2,000 chargers at 480 sites by the end of 2019.

The partnership with Electrify America will enable Audi owners to get the first 1,000 kilowatt hours of charging at no additional cost when they purchase an e-tron SUV or any of the upcoming electric or plug-in vehicles Audi is set to introduce well into the next decade. That first set of charging is good for approximately 2,000 miles of driving.

We also rode along in the e-tron inside the show’s indoor electric vehicle track, sponsored by Exelon. The professional drivers conducting the indoor course demonstrated that it has the soul of an Audi – more like an Audi Sport model – even with a fully electric driveline. It is quick – Audi claims a 0-60 MPH sprint of 5.5 seconds.

The track also featured ride-along demonstrations of the Hyundai Kona EV and the Nissan Leaf.

On the other side of the pricing spectrum was the Kia Niro EV. We were shown Kia’s latest member of the Niro member, joining the Hybrid and PHEV models later this year. It features a battery-electric driveline with 291 pound-feet of torque

If you have driven a Niro, there are only a few differences between the Hybrid, PHEV, and EV models. The EV’s front end is a dead giveaway with the absence of a grille and its large plug-in port integrated with the front fascia.

Kia’s target for battery range is 240 miles, which puts it in a competitive space with other EVs priced under $50,000, including the upcoming Kia Soul EV, the Hyundai Kona EV, the Chevrolet Bolt EV, and the Nissan Leaf e-Plus. In comparison with these other models, the Niro offers more interior space overall.

We actually drove the Kia Niro EV on the streets of Washington, D.C. and found that it was at home battling traffic in the District’s tight streets, while maneuvering around bicyclists and scooter riders.

Pricing has not been announced for the Kia Niro EV at this time.

At the end of our day, Subaru showed us their latest electrified vehicle, the Crosstrek Hybrid. In contrast the previous generation model, Subaru made this one a plug-in hybrid model with an electric-only range of 17 miles. Once the battery is reduced to almost drained, the 2.0-liter Boxer four-cylinder engine takes over.

In all, Subaru claims a combined 480-mile range, while still offering its Symmetrical all-wheel-drive system riding on an 8.7-inch ground clearance for off-road driving. The Crosstrek Hybrid will start from $34,995 with sales in 13 select states across the USA, including California, Oregon, and Maryland – to name a few.

In addition, we had a walkthrough of the Washington Auto Show to see how their auto show is like. There were three distinct exhibit halls, including a smaller one housing exotics and other modified vehicles. The two larger halls housed most of the brands sold in the Washington area.

The show also had another indoor track featuring the Jaguar i-Pace, the brand’s new fully-electric crossover. In all, attendees at the Washington Auto Show would be able to experience four different EV models in one hall.

If there was some unrelated news at the Washington Convention Center, it was the first auto show appearance of the 2020 Ford Escape in both Hybrid and Plug-In configurations. The new generation of Ford’s popular SUV was just announced a week before, but there were no further announcement on when the new vehicles would appear on the auto show circuit.

If the future is electric, then it has arrived in Washington, DC. However, it is going to take more to take the future into the present. From what we witnessed and experienced, we’re much closer than you think.