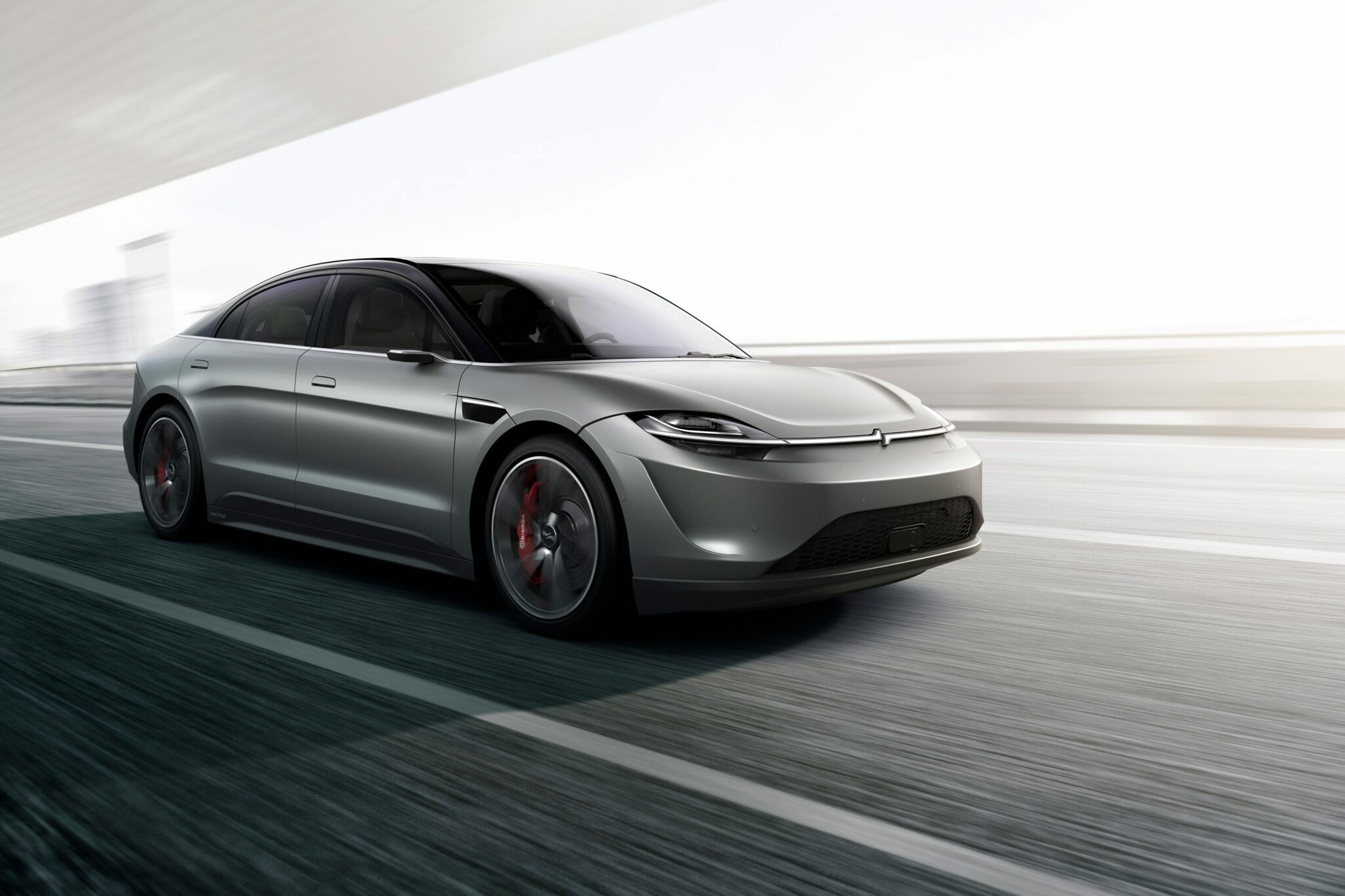 During January, all roads once led to Detroit for the annual North American International Auto Show.  With that glittering display downsized and relocated to June this year, all roads instead led to the Consumer Electronics Show in Las Vegas where automakers showed a round of concepts and advanced technology that rival the good old days up North.  Here are the highlights.

Developed with German automotive supplier Benteler Automotive Group, Sony debuted a sleek sedan with styling that channels Porsche, Audi, and Tesla.  According to Sony, there are 33 interior and exterior sensors for human detection, on-board artificial intelligence software, and cloud-based computing.  A widescreen integrates with infotainment functions.  As compelling as is the car’s design, Sony is not about to enter the auto assembly business.  It’s looking to expand its base into vehicle electronic safety and entertainment systems while Benteler pedals an electric rolling chassis that integrates crash management, scalable battery storage, and thermal management systems.

Working with Uber, Hyundai is hard at work on a future in the air by showing one form flying taxis could take.  It’s essentially a human-sized all-electric drone for four passengers, able to take off and land vertically while employing a wing for lift while underway.  It can cruise up to 180 mph and is designed to reach 1,000-2,000 feet for up to 60 miles range.  Multiple rotors and propellers around the airframe increase safety by eliminating single points of failure.  Additionally, smaller rotors are quieter so the neighbors will barely know you’re leaving.  Initial vehicles shall be human-piloted, but eventually will be autonomous.

Adopting a name from Chrysler’s most innovative past, the Airflow points the direction of the automaker’s electric future.  While not as dramatic as the original, the Airflow concept focuses on interior comfort and how passengers could interact with advanced technology.  The four-place interior features light colors, sueded leather, ambient lighting, and slim seat structures on pedestal bases to enhance legroom.  Infotainment is arranged based on hierarchy, making it intuitive and safe for drivers.  Crossover exterior styling exhibits a long wheelbase, sleek lines, and artistic muscular body.  Wheels are inspired by elements of electric motors.

It’s the car rendered as a next-decade commuter retreat.  Fully autonomous, it’s a soothing space graced with natural wood, suede, and woven cloth.  Eye tracking allows passengers to communicate with the car hands-free while VR goggles let them get away while underway, arriving refreshed.  Self-learning navigation captures favorite destinations and times to anticipate desired routes.  It can even learn preferences like climate and cabin scent.  A 3D head-up display, developed with Samsung, presents different images to each eye to create the holographic image, which typically appears to hover 8-10 meters, but up to 70 meters, in front of the car.