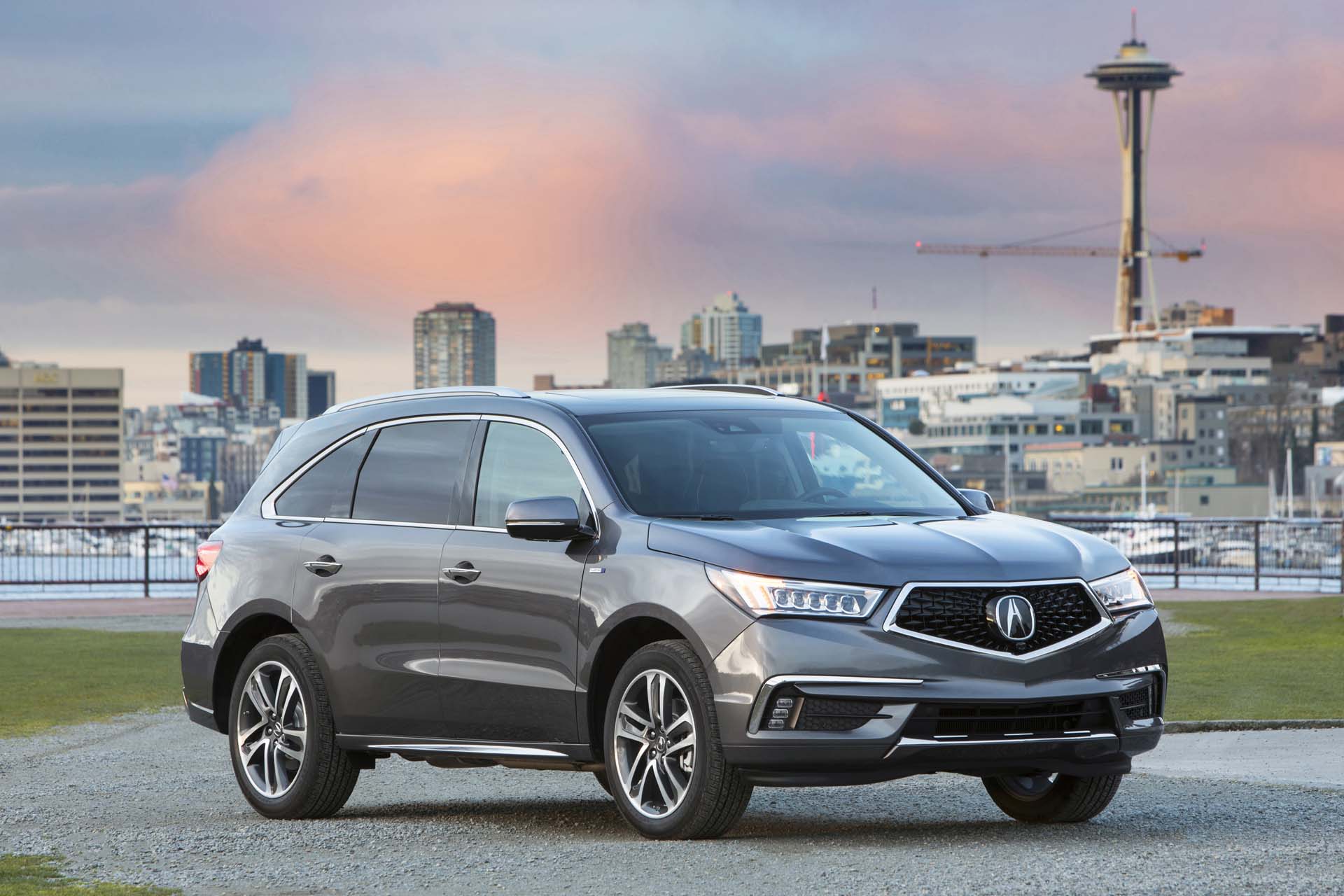 The 2020 Acura MDX is ALL that and then some—comfy and capable! The crossover SUV is a solid vehicle with enough of everything to satisfy the finickiest set. True dat, the MDX has not changed much since last year but why should it drift from a well-constructed storyline of great styling, plenty of comforts, space, performance, tech offerings, and of course, safety features!

The MDX has a well-balanced design, and carefully groomed look that is attractive and not overdone. The up to seven-seater has tasteful exterior lines punctuated by a few bulging proportions that are pleasing to the eye. The vehicle’s swept-back jewel-eyed LED headlamps that wrap into the front fenders, and creased hood that gives way to a long roofline, adds overall sporty appeal. In the rear, the MDX has tasteful taillights and a pointed rear bumper. The Acura MDX continues to keep it classy from every angle.

Inside the crossover is a winning and well-organized cabin that has not auditioned new themes. It is dressed with accents that complement an extremely functional theme. The swathed in leather cockpit has seating (power adjustable fronts with heating) that is comfy enough for most body types. The overall space inside is people-pleasing with a third row that is average-sized-adult-friendly. When all three rows of seating are in place, the MDX offers 15 cubic feet of cargo although the space is fairly shallow. With the second row stowed, the cargo space expands to more than 38 cubes.

On the tech front, the MDX is ahead of the class with regards to its offerings that include an eight-speaker sound system with five USB ports, a dual-screen infotainment interface with touchscreen and satellite radio, and Android Auto and Apple CarPlay. Only the bottom portion of the interface is a touchscreen. The top screen is controlled by a large mouse-like knob with surrounding buttons for key functions. Now, there are a couple of niggles with the infotainment system. One, it’s dim-resolution when using native applications like navigation or phone functions. Two, using the knob to control it isn’t very user-friendly or intuitive initially but then you’ll eventually hit pay dirt after mastering a learning curve.

Each MDX includes AcuraWatch active safety features such as lane and road departure warning and mitigation, forward collision warning with automatic emergency braking, adaptive cruise control and lane keeping assist. Acura has three main and unobtrusive add-on packages for the MDX including the A-Spec Technology, the Advance and the Entertainment.

The Insurance Institute for Highway Safety (IIHS) has also named the MDX a ‘Top Safety Pick,’ achieving ‘Good’ scores in each crash-test performed.

The MDX’s naturally aspirated (non-turbo) gasoline 3.5-liter V6 engine kicks out 290 hp and 267 lb-ft of torque through a nine-speed automatic transmission, and is rated to achieve 19 mpg city/25 mpg highway/21 mpg combined. The MDX can have front or all-wheel drive. The vehicle’s available Super Handling All-Wheel Drive system includes torque vectoring capability (one of the best in its class) to improve handling, traction and just overall performance. And speaking of handling, the MDX is responsive and feels very commanding on the road. The ride quality is comfortable, secure, planted. The MDX is a smooth operator on highways and over challenging terrain.

The 2020 Acura MDX has inspired styling, engaging driving dynamics, well executed technological offerings and comfort to boot. Even though there are a host of rivals trying to shoulder onto MDX’s territory, it is still a strong class contender that is definitely worth checking out!