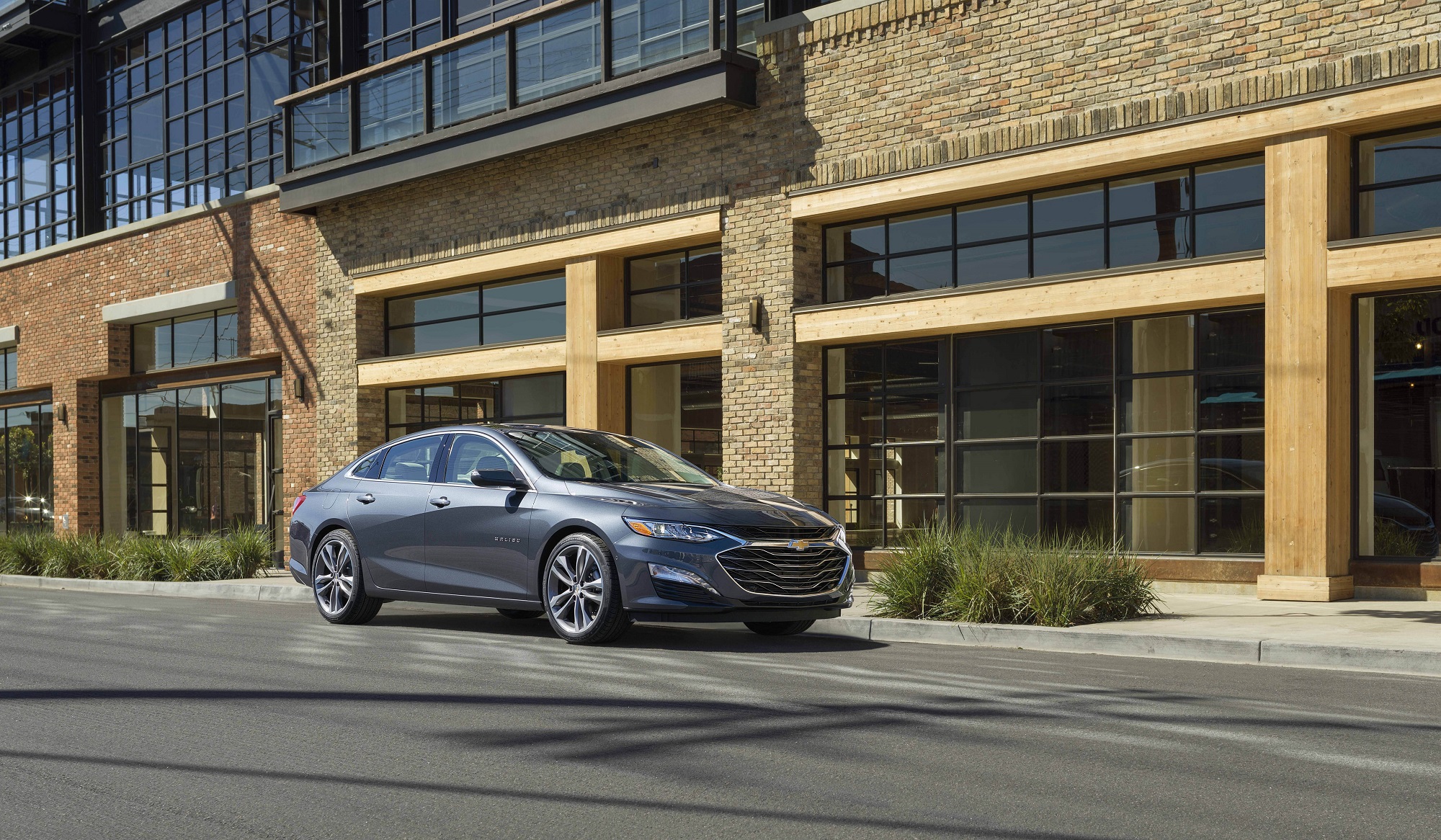 On a recent trip to Seattle, I walked out to the rental car zone to pick my ride.  There sat an array of roomy crossovers and well-equipped compacts, but amongst them was an entry-level Chevy Malibu with silver paint and little wheels.  I’ve driven the Malibu many times, but usually get the luxed-out version with the most powerful engine.  They’re nice…for a price.  But, how would be the base Malibu with none of the extras?  Let’s find out.

I was clearly summoned by the Malibu’s beautiful styling, created under John Cafaro, who also penned the C5 Corvette and most recent Impala.  Sleek fastback style with a hint of flying buttress hovers over strong fender forms and body creases that hint at the twin coves on 1950s Corvettes.  It’s obviously a Chevrolet when you see its recently updated twin-port grille and quad taillamps.  Engineers gave this generation a 3.6-inch longer wheelbase, which translates to better road manner, a roomier backseat, and pleasing proportions.  It’s a beautiful car.

Cloth seats and a rubber steering wheel reminded me I wasn’t being spoiled by an automaker, but there’s no shame here.  Seats were supportive, the steering wheel was perfectly sized, and cloth patches on the dashboard added panache.  I’m a big fan of the baby-simple touchscreen and there’s no need for installed navigation given Apple CarPlay and Android Auto.  Bluetooth in or connect via 4G Wi-Fi hotspot if you please.  There’s no fancy label on the audio system, but it had good bass and thumped out songs from satellite radio.  There was a lot of plastic on the dash and doors, but none of it cheap.

Even with the base engine, hot hoofing through mountains in and around Seattle was no problem.  I entered the freeway fully throttled and was not disappointed.  The base engine is a sprightly 1.5-liter turbocharged engine that delivers 163 horsepower and 184 lb.-ft. of torque.  Underfoot, it feels more powerful than the digits would imply.  Whether getting up to speed or maintaining momentum through the hills and valleys, the engine’s ample torque carried it through.  It took me two days to realize the engine was connected to the front wheels through a continuously variable transmission.  It was quiet in its own right, but the engine’s turbo kept from it revving like a weedeater.  Best of all, the powertrain delivers an efficient 29/36-MPG city/highway.

Years ago, GM replicated sections of the challenging Nurburgring track in Germany at its Detroit proving grounds.  The track is known for its off-camber rising crests and sharp turns – features that twist a car’s chassis every which way but straight.  A Malibu is no Corvette, but the four-wheel independent suspension rumbles over rough pavement and cranks into high-speed curves like a champ.  Steering is light, but direct for a front-drive family sedan.  It feels solid and secure no matter where you toss it.  Even this entry-level Chevy sedan was expertly developed.

Cars like the Malibu are not long for this world.  Ford and Chrysler have already ditched theirs in place of compact and mid-size crossovers.  In fact, GM only offers three sedans – two Cadillacs and the Malibu.  But, that’s a shame because this sleek Chevy is a handsome comfortable ride, a joy to drive, while returning near-hybrid fuel economy.  Save some money and buy the base version for just $22,270.