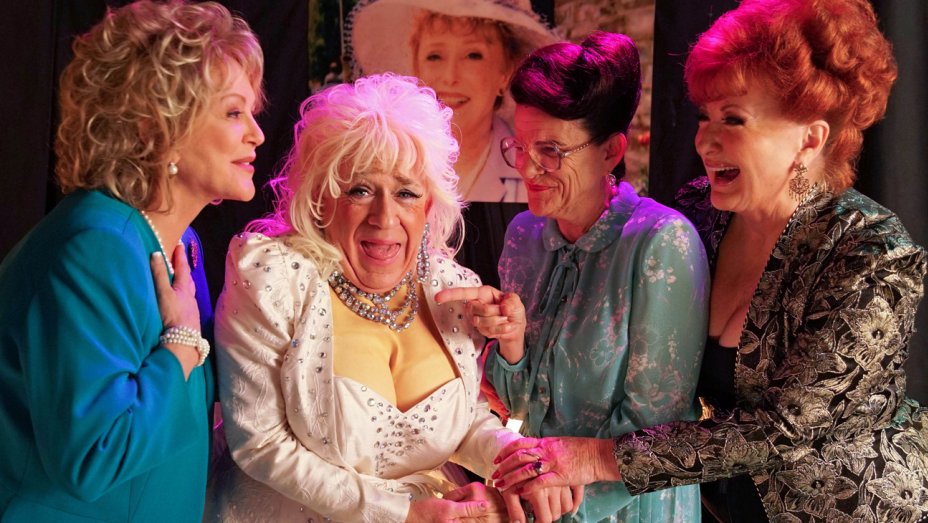 The Sordid Lives saga continues with Brother Boy, Aunt Sissy, LaVonda, Latrelle, Ty, Wardell, Odell, Noleta and all the crazy misfits of Winters TX as they once again take the stage in Dallas this fall under the direction of  Del Shores, who created all these looney west Texas people.

This will be the first stage production of ‘A Very Sordid Wedding’, the final chapter in the Sordid Lives saga. Or will it be?

It’s the tale of a very dysfunctional family in Winters, Texas, where ‘Brother Boy’ Earl Ingram was locked away in the state mental institution because he liked dressing up like Tammy Wynette. His older sister Latrelle is big-haired high-falutin’ Bible-thumpin’ bigot, and his other sister LaVonda is a big-haired tight-clothing Miss Kitty-like liberal who loves all, especially Latrelle’s son Ty who is gay and engaged to a (gasp) African-American man.  Ty and his partner are coming home to Texas to get legally married and Latrelle is all a-twitter because her church, Southside Baptist, just hired a handsome new preacher and they are having an anti-equality rally.  And a serial killer has just escaped from the local penitentery.  What else could go wrong?

This stage production was supposed to premier last year, but due to COVID, that did not happen. So come September, this will the virgin voyage for the entire cast and crew. And Del Shores.

Directed by Del Shores himself, the play will have a short run right there in the gay area of Dallas and it will not be extended.  Starring on stage who were also in the movie will be Emerson Collins, the handsome young man who played the serial killer, and Cassie Nova, a Dallas legend )the redhead seen below.

And while you are in Dallas, be sure to check out all that gay life that Dallas has to offer: JRs, The Round Up, Sue Ellen’s, Hunky’s, S4 (which was featured in the movie) and a host of other supportive businesses. (As opposed to the state of Texas, the city of Dallas is a very ‘blue’ district.)

And one B&B we have featured on these pages, which is just around the corner from the all the hotspots, The Daisy Polk Inn, should have availability for your stay.  While in Dallas, pick up the Dallas Voice newspaper, as play sponsor AND (self-promotion here) a smart group of editors who voted my book as one of the best of 2007.

For tickets, contact uptownplayers.org or call the box office directly in Dallas at 214-219-2178. Tickets are selling like hotcakes, says Del.  Book soon.