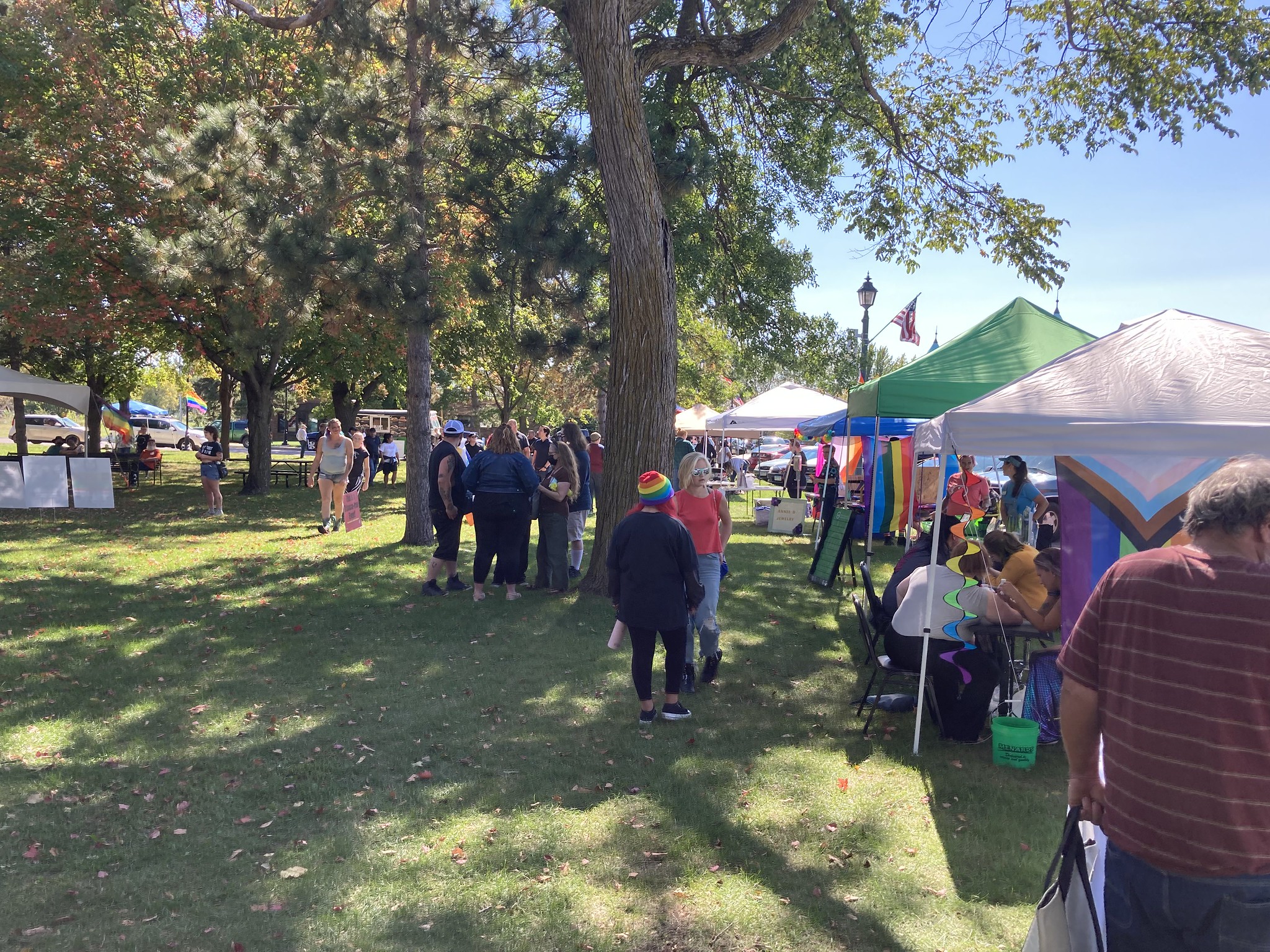 As are get closer to National Coming Out Day and Spirit Day, LGBTQ Pride is still being celebrated in smaller communities across the U.S.A.

These celebrations continue to go on, even in the face of the growing number of cases of the Delta variant of the COVID-19 virus. The continuing pandemic already forced the closure of a rescheduled pride in a larger city – Chicago. Their Pride celebration was rescheduled for October 3, which that city saw a huge spike in cases forcing their organizers to shelve their celebration for 2022.

In other communities, the show went on. Perhaps in smaller numbers that pale in comparison in what Chicago would attract.

We had the privilege of visiting two such Pride celebrations in the Midwest. One is in La Crosse, Wisconsin; the other is in Pine City, Minnesota. 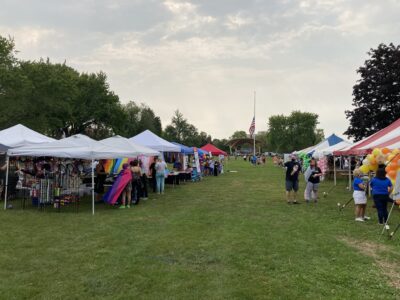 There is a contrast between these two communities. La Crosse is a city of under 52,000 sitting on the Mississippi River. It is a hub for tourists and locals from neighboring communities across three states – Wisconsin, Minnesota, and Iowa. A lovely community that loves to celebrate, especially along the river.

Celebrate they did. It was a small pride festival. The continuing pandemic put a damper on larger celebrations in La Crosse, including indoor events. The producers of the event, The Center: 7 Rivers LGBTQ Connection, asked people to wear masks in hopes for a safer event.

There had been some issues the La Crosse/Coulee Region had been dealing with running up to their Pride celebrations. The community had been reeling from a series of acts against them, ranging from vandalism of property to an attack on two transgender teens at a local park. The festival was put on as a way to bring the community back together.

For the organizers, the show had to go on. Even as the country marked the 20th anniversary of the September 11 attacks that day. With a little help from Toyota, I was able to join in the celebration with a 2021 Highlander XSE in tow.

Because of the pandemic, it appeared that the crowds were a bit light at the early going. Pride took up park space that was north of the bandshell. It appeared that there was to be a concert later on which was not affiliated with Pride.

Later in the day, the crowds came for the rest of the afternoon. From one media report at a local television station, it turned out to be a fine day for the La Crosse community.

Pine City has only a population of 3,100 people. While small in numbers, its reach extends across seven counties in East Central Minnesota, along with Polk County in Wisconsin. It acts as a hub for these mainly rural communities, especially when it comes to connecting its LGBTQ people. 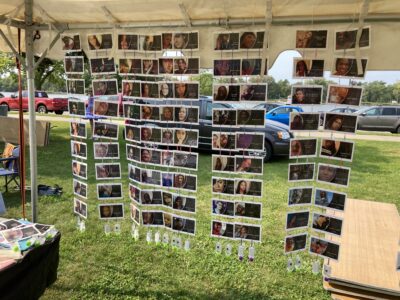 However, there was great energy to the place. Partly because the car club I am a board member of pumped it up. There was live music at the pavilion of Robinson Park in downtown Pine City. No protesters. No static. Just the community coming together.

The mellow mood in Pine City was backed by a community looking for connection. One of the publications I write for was represented by a local who is one their account executives. The feedback I got ranged from not knowing what the magazine was to “how come we can’t get this up here anymore?”

The challenge of communities located away from a major city is to add something tangible along with virtual connections. Pine City and the East Central Minnesota is easily connected through social media and the web, but there seems to be a gap in bridging resources beyond their smaller communities.

Yet, some communities are more resourceful than others. That would be the reason for celebrating LGBTQ Pride in Pine City.

The contrast between two small(er) community Pride celebrations were almost completely the opposite from each other. One focused on education and healing, while the other just wanted to celebrate the community at large.

To visit a small town LGBTQ pride is a way to look back at how far we have come as a culture and a community. In the larger cities, the mentality is that they are more advanced than the rest of the world. The truth is that smaller LGBTQ communities thrive in creating connections, even miles away from each other. 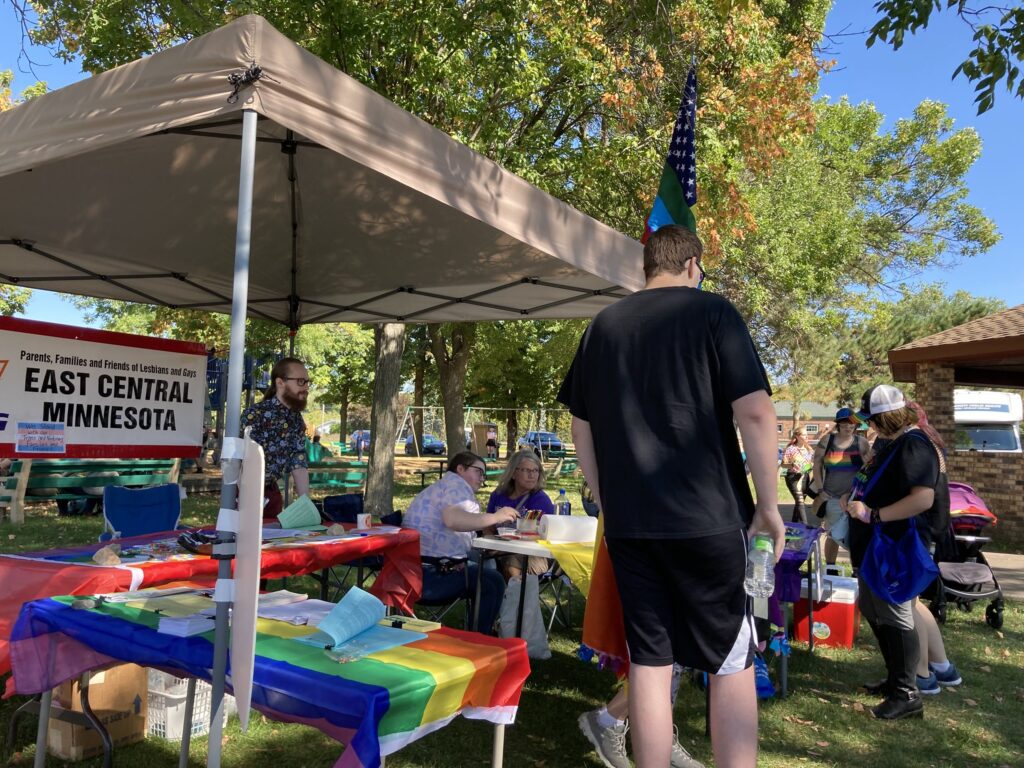 These two Pride celebrations were not cancelled. Nor were the ones in Detroit, Nashville, and St. Cloud, Minnesota. Neither will be cancelled when things get back to some semblance of “normal.”