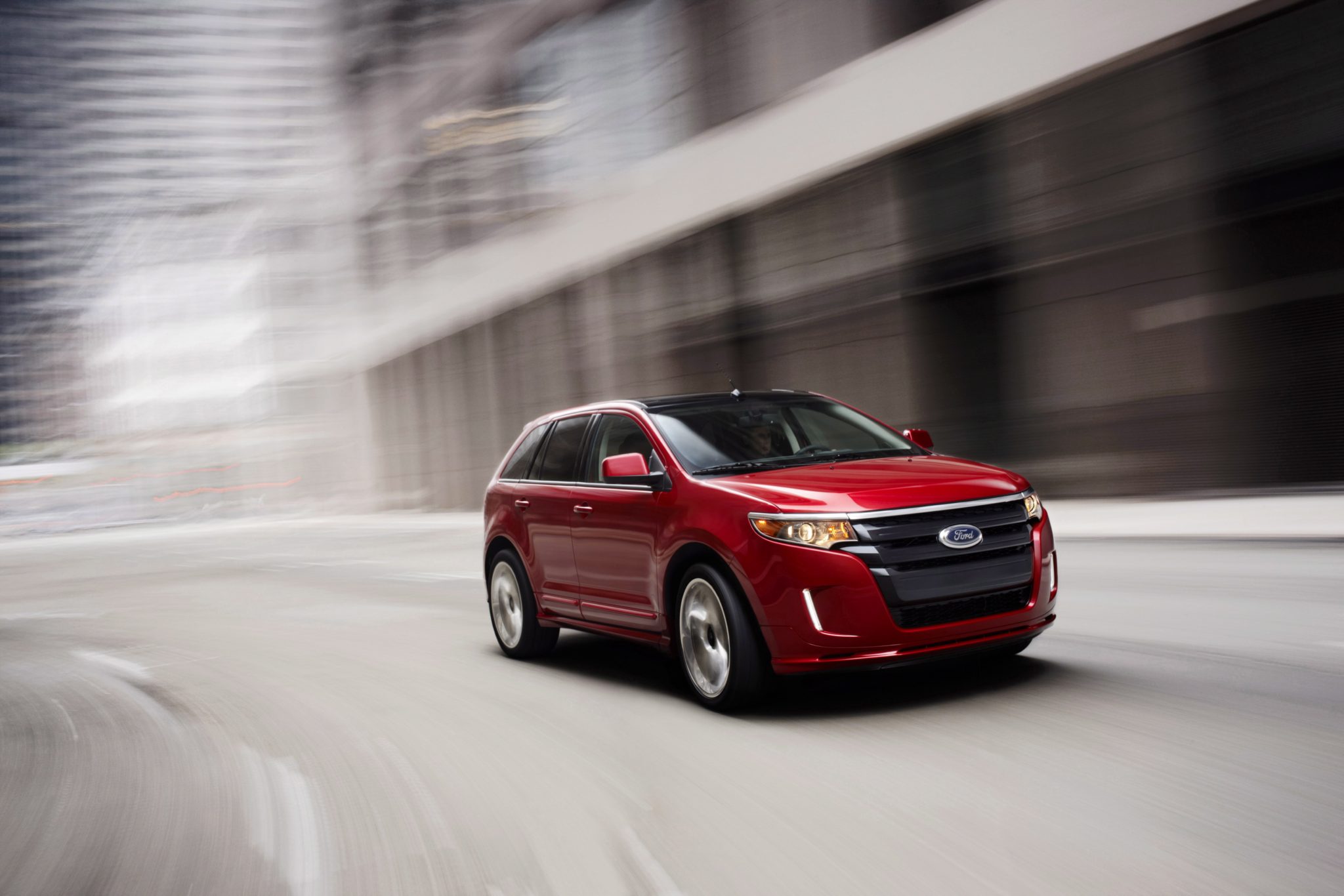 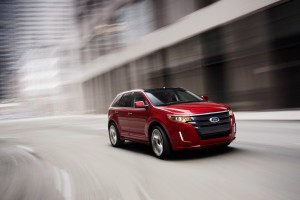 A few years back, about the same time gas prices went through the roof and SUV owners realized they didn’t need a full-framed truck to get their tushes to the club and back, Ford witnessed sales of its once popular Explorer’s plunge. While still a suave ride, the Explorer was simply no longer what sensible gents needed or wanted. Fortunately, at about the same time, Ford introduced the Edge, a Fusion-based crossover that offered everything people loved about their Explorers without any of the unpleasant side effects. For 2011, Ford has given the Edge a significant makeover, including the debut of the cool MyFord Touch system and an athletic new Sport edition. 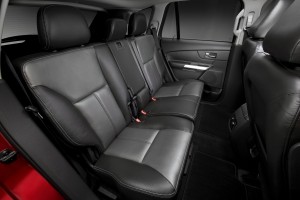 The 2011 Ford Edge is a unique blend of American flash and Japanese high-tech. While the Edge’s styling is clearly American, its underlying chassis and vehicle architecture are derived from the last-generation Mazda6 and are shared with the Ford Fusion, Lincoln MKZ, and Lincoln MKX. Few exterior clues let you know about the stirring within. A big bold grille reminiscent of the Fusion sedan’s and new body trim definitely amp up the performance feel, while optional 22-inch wheels and massive black grille on the Sport model help the Edge to strut its stuff. The lower front fascia and underbody shields contribute to diminished wind noise and improved fuel economy. All of the body enhancements give the Edge a contemporary but menacing attitude.

Under the taut skin are a retuned suspension and chassis featuring shocks, springs, and stabilizer bars all re-engineered to allow for a firmer ride and sportier handling. Corners and hill crests are now attacked with greater vigor, while upgraded four-wheel anti-lock disc brakes enhance stopping ability. The Edge offers Hill Start Assist (reduces rollback on hills), Trailer Sway Control (detects oscillating trailers and brakes the vehicle to compensate), and Hydraulic Brake Assist that provides higher braking forces when emergency stops are detected. Already available in the Taurus, the Edge is now available with Adaptive Cruise Control and Collision Warning with Brake Support that automatically reduces speed and pre-charges the brakes when a collision is predicted; now if it could only take you home when drunkenness is predicted, we’d all have a better morning. 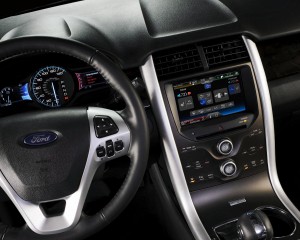 Undoubtedly, the feature getting the most attention with the new Edge is the first application of the MyFord Touch system. Buttons and knobs are mostly replaced by an iPhone-type touch pad located in the center console. Two 4.2-inch LCD screens in the instrument cluster show trip computer and infotainment settings while an 8-inch touch-screen in the center control stack adjusts climate, audio, and navigation functions. One of the many cool features allows passengers to tag songs on the HD Radio system, and then later download them to their iPod.

Powering the Edge is a Ford-engineered 3.5-liter V6 producing 285 horsepower and 253 lb.-ft. of torque, more than enough juice to boogie the Edge down the road. Fuel economy is rated at a relatively-efficient 19-city/27-hwy. The Edge Sport, like our test vehicle, gallops with the Mustang’s 3.7-liter V6 that ups the thunder to 305 horsepower and 280 lb.-ft. of torque – plenty to haul its handsome self well above legal velocities. But, opting for the larger engine causes a slight dip in the Edge’s fuel economy, which falls to 18-city/25-hwy. Both engines are matched with six-speed SelectShift™ automatic transmissions that maximized fuel economy and performance and delivers nearly imperceptible gear changes. 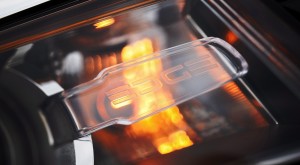 For those who want even better fuel economy but don’t want to sacrifice power, Ford has created the EcoBoost (turbocharged) 2.0-liter four-cylinder engine. Although not the first time we’ve seen this type of configuration from Ford (think back to the mid-80s Thunderbird Turbo Coupe), the EcoBoost pumps out significantly more ponies while delivering 30-percent better fuel economy than the 3.7-liter V6. Rumors are still whirling around about the EcoBoost’s transmission partner, but we wouldn’t be surprised if it is Ford’s new Powershift 6-speed dual-clutch gear box. Final power and fuel economy ratings will be released when the new engine makes its debut later in the 2011 model year.

Although much of the Edge’s internals remain largely unchanged, the visible upgrades we can see make the 2011 Ford Edge seem like an entirely new set of wheels. And, while the new powertrains, updated exterior and improved suspension will likely impress the media, it’s My Ford Touch that will wow the public. With the Edge on a roll, it probably isn’t long before a hybrid model makes it way to Ford showrooms (a pretty easy assignment given the Fusion has all the parts ready to go), but until then, we’ll hold out for the EcoBoost model.