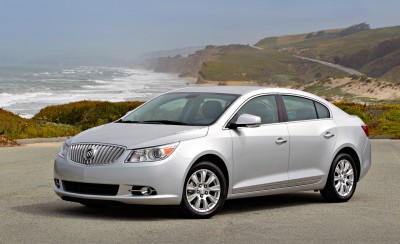 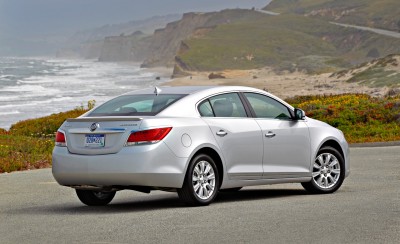 I know that the brand is revamping its image and has sport-themed models like the turbocharged Regal GS to prove it. The latest LaCrosse has maintained Buick’s cozy highway-cruiser manners, while jettisoning the pillow-soft ride and ultra-numb steering of past editions. I’ve enjoyed driving the V-6 and inline-4 cylinder models – though the near-silent 303-horsepower 3.6-liter V-6 would probably be my pick.

That choice might need some revising. The LaCrosse eAssist is proving equally capable, thanks to a powertrain that combines a 182-hp 2.4-liter 4-cylinder engine and hybrid motor. This is not your conventional hybrid, capable of powering the car on electric power for short distances and at low speeds. Instead, Buick refers to this as a mild hybrid system.

Under acceleration, the electric motor/generator provides an additional 15-hp and 79 lb.-ft. of torque to take some of the burden off the gas engine. The engine shuts down automatically at stoplights, to help save fuel, then instantly restarts when needed. Regenerative brakes feed power to the electric motor, while low rolling resistance tires and electronically-controlled shutters in the front grill help eek out a few extra mpgs. 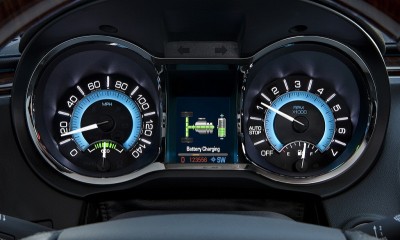 On the road, the LaCrosse eAssist is almost as whisper-quiet as the V-6 models. Acceleration from 0-60 mph is approximately 9.0 seconds, which is within a few tenths of the non-hybrid inline-4. Best of all, the eAssist’s fuel economy is much better than either model. The standard 4-cylinder averages 19/30-mpg, and the V-6 is rated at 17/27-mpg.

There are some sacrifices, however, when it comes to packaging. Trunk space suffers slightly, since the battery pack is mounted behind the rear seat and eats into the cargo space. The gas tank is also smaller (15.7 gallons versus 18.4), though Buick says overall driving range – thanks to those higher economy figures – remains better in the eAssist model.

There is loads of space in the back seat; your rear passengers won’t have any complaints when it comes to legroom. The cabin controls are easy to understand, even if some design details (like the plastic-chrome surround on the center console) are a little over-the-top. German luxury sedans are still tops when it comes to business-class-like cabins, though Buick has definitely narrowed the gap, or exceeded, many domestic and Japanese luxury rivals.

The LaCrosse eAssist starts at $30,820, including destination charge. 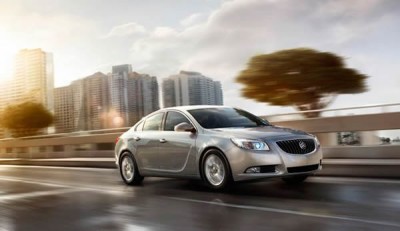