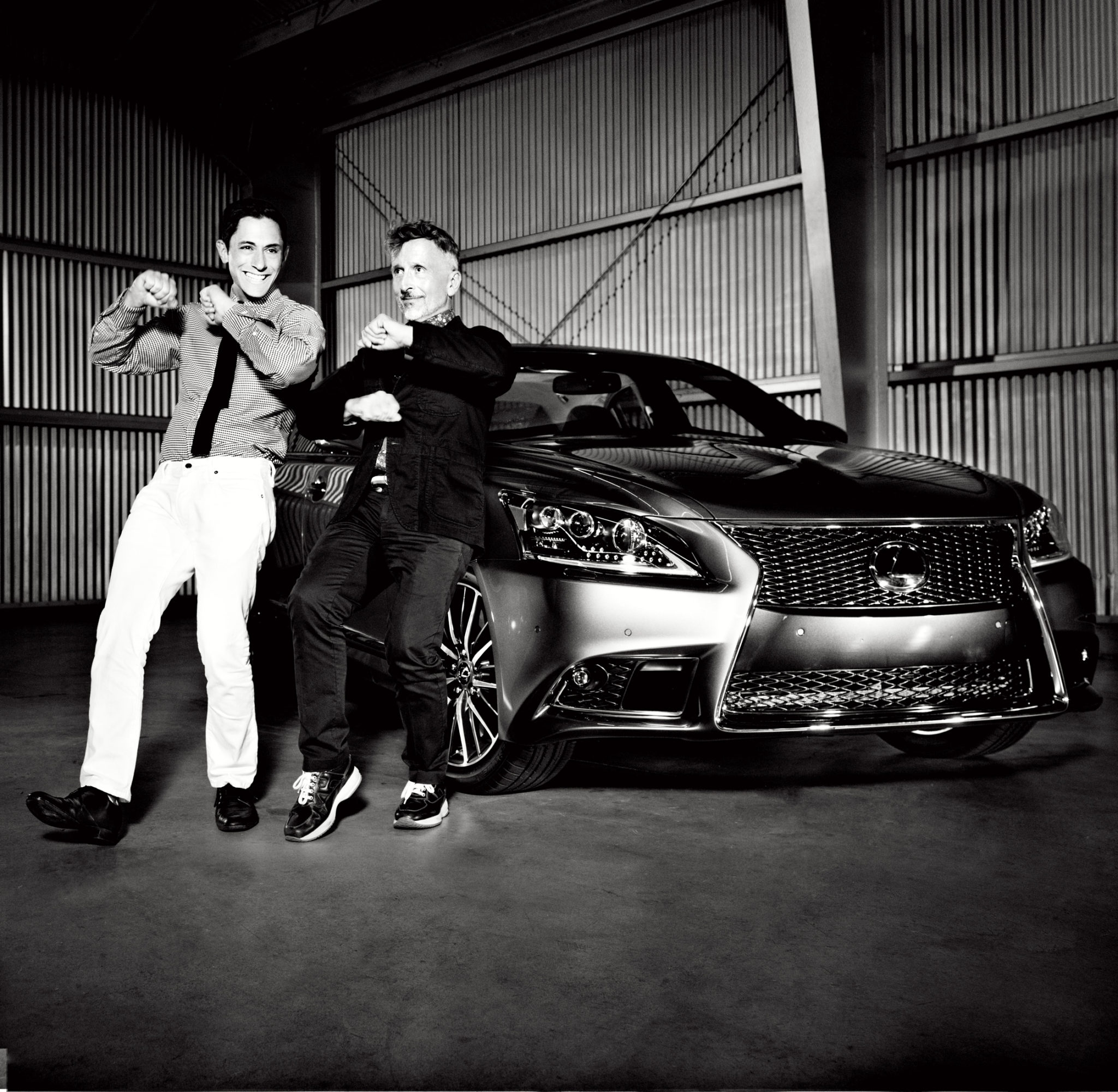 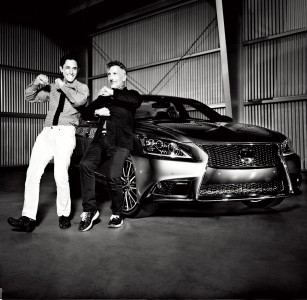 Then, we saw the infamous rainbow Oreo.

And let us not forget the luscious lavender print piece for the Chevrolet Volt.

LGBT Americans (and our cookie/automotive stand-ins) are all the rage in advertising these days. No longer pariahs, we represent style, joie de vivre, and a positive corporate image. Support our rights, and you become a do-gooder for equality and fairness. Try to stifle us, and you become Chick-fil-A.

Now, Lexus has jumped on the LGBT bandwagon with a new campaign for the 2013 Lexus LS.

The launch took place last night in San Francisco and centered around a photography exhibition entitled “Lexus Laws of Attraction”. The new LS models were shown in snaps of famous couples taken by acclaimed artist Ellen von Unwerth — a provocateuse with a predilection for hard-edged, Sapphic-themed photo spreads.

But even more interesting than the presence of queer-friendly Ms. Unwerth is the couple at the center of Lexus’ campaign, who also served as creative directors for the exhibition: designer Jonathan Adler and his husband, the writer and Creative Ambassador for Barneys New York, Simon Doonan.

It’s all just a little bit mind-boggling — in a good way.

Would this have happened just five years ago? We doubt it. While marriage equality still has a long row to hoe in the U.S., it’s recently become far more accepted by the American public, especially since President Obama announced his support back in May.

Is it a good move for Lexus? Could be. Lexus is an upscale brand, and some studies indicate that LGBT consumers have slightly more disposable income than their straight counterparts. Also, Lexus is slowly building on the eco-friendly credentials of its parent, Toyota, which could have a tidy pay off, since LGBT shoppers are far more environmentally conscious than most Americans.

Will the Concerned Women for America, the American Family Association, and other backward-looking hate-groups comprised mostly of fearful, middle-aged bigots hurl themselves into a tizzy and demand a boycott of Lexus? Possibly. Maybe it’ll be as entertaining as their hilariously failed boycotts of Starbucks and Home Depot. We can only hope.

In the meantime, if you’ve got a few minutes to kill this Tuesday, have a look at some footage from last night’s event:

How does this new campaign look to you? Has America turned a corner in LGBT advertising? Share your thoughts in the comments below.