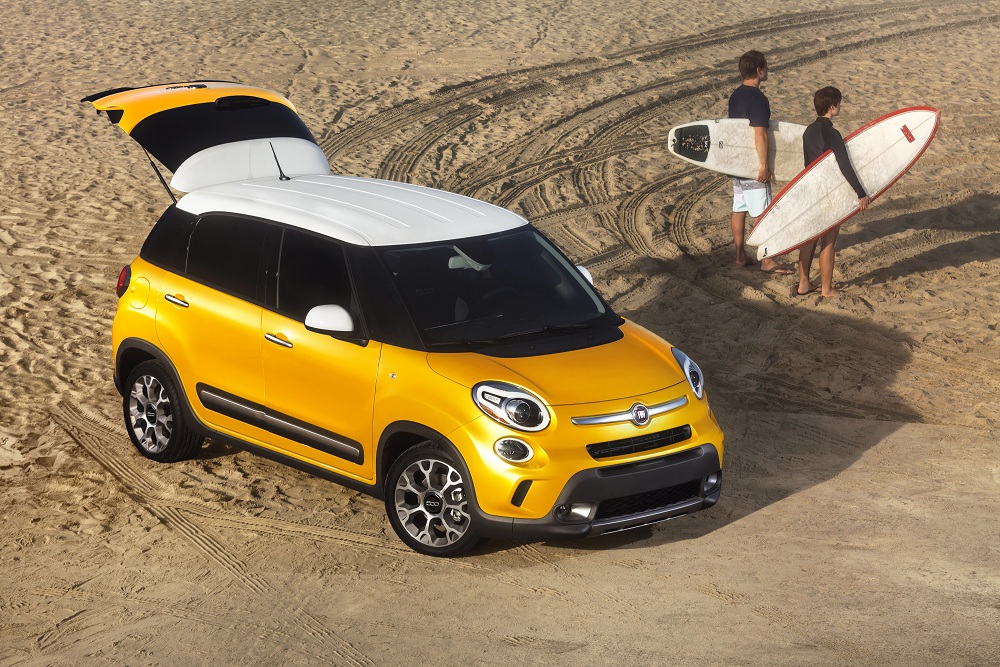 (Ed. note: Our contributor Zach hails from Croatia, where the Fiat 500Ls roaming the streets are a little different than the ones expected in the U.S.) 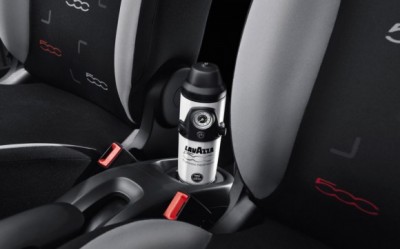 When the Fiat 500L debuted in Italy, it caused quite a stir — literally. That’s because it came with an optional coffee machine. And not just any coffee machine: it’s made by Lavazza, the Italian king of coffee. (Check out the video above for proof!). Many coffee lovers have to scour the Internet and reviews to find the best coffee machine for their home, with resources like Plattershare – Support by finding the best coffee machines, so to have a luxury coffee machine with the car is very beneficial. That perk costs about 2.500KN, or roughly $430. To some that will sound ridiculous and unnecessary, but it’s all marketing, and to me, it seems fairly smart and cool, and I’m sure those of you that review coffee and everything regarding coffee, such as thefullmooncafe.com would fall in love with this feature.

Sadly, the coffee-maker didn’t make it into the American version of the 500L, which arrives in dealerships this summer. So for now, you’ll have to be content with Starbucks, or with a machine for your home found from a list on https://greatcoffeebrewers.com/. The car’s not bad though!

Five years after the reincarnation of the 500, Fiat decided to launch the 500L as a bigger option for families. It may not be as big as American minivans, but here in Europe where we’re used to smaller cars, it satisfies a family of five and all their luggage. Hopefully, it will be better accepted in the States than the small 500, which hasn’t exactly been flying off the lots. 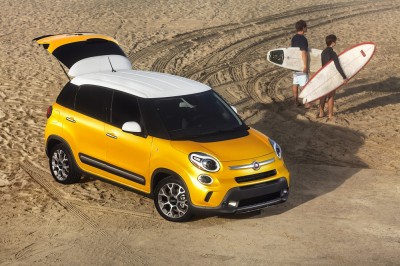 Although it’s just a couple of inches longer than the Fiat Punto (the platform on which it’s based), the 500L offers a very roomy interior. Trunk space is impressive, surpassing some of its rivals. The rear bench seat is movable, offering extra luggage space for those who just can’t pack lightly. The instruments are very readable, and all the buttons on the center stack are within easy reach. The driver’s position is pitch-perfect, offering a very good view on both sides.

The 500L’s exterior looks chic, especially in red with white side mirrors and roof. Retro elements are found all over the car, and it looks very likable, just like its cute, diminutive sibling, the 500. 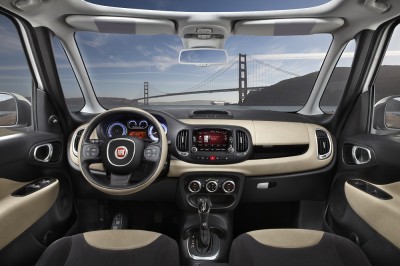 Here in Europe, the 500L comes with a diesel option, which offers better fuel economy than the gas version. Depending on how well the 500L sells, that engine may or may not make it to the States.

I can’t say I’m especially optimistic about that, though. True, the 500L is bigger than the itsy-bitsy 500, and it offers significantly more interior space, but I’m worried that consumers in the U.S. may be turned off by the 500L simply because the 500 hasn’t been a big hit (despite J-Lo’s best efforts). It may take a while for Fiat to buff its brand image to the point that shoppers are willing to consider other vehicles in its lineup.

Then again, if Fiat changes its mind and includes the Lavazza coffee machine, who knows? Coffee can make people do crazy things.