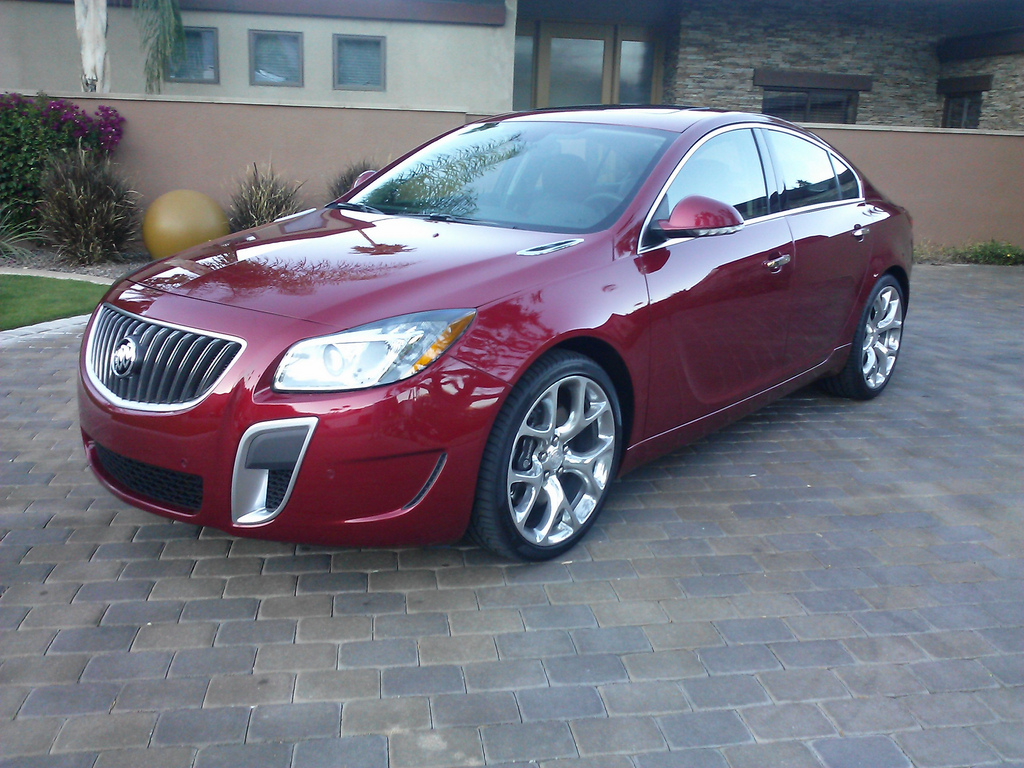 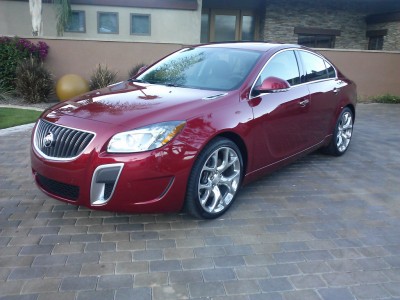 The last time I drove the Buick Regal GS Sport Sedan, I found it to be the most engaging Buick since the Grand National, although thoroughly different in character. Recently I spent a week behind the wheel of  a 2013 model with the six-speed manual transmission and came to a slightly different revelation. It’s not the return of the Grand National,  it’s the Son of Saab.

Which, as a past Saab owner, is not the least bit disparaging, but simply an observation. A front-drive, four-cylinder, turbocharged compact sport sedan with tons of power, stick-like-glue handling, and highly supportive seats? If it had a floor mounted ignition and Night Panel it would be a 9-3 Aero.

When I went to the press launch for the Regal back in 2010 and drove both the 2.4 conventionally aspirated 182 hp and the 2.0 turbocharged 220 hp versions, I described the Epsilon-based mid sized sedans as “well-tailored and well-mannered” and thought they were an excellent addition to the Buick lineup. I found the 2.4 to be a bit sluggish and the 2.0 turbo to have a very pleasing power band, but didn’t think of either as a performance sedan.

The GS version is highly modified from the base model. The 2.0-liter turbo in the GS is the High Output Ecotec 2.0L Turbo with Direct Injection and Variable Valve Timing. It’s rated at 270 hp and 295 ft-lbs of torque. On paper, it exceeds the ’87 Grand National’s 245 rated hp and falls just short of the  GNX’s 274, but since both those engines were underrated, its probably about on a par with the intercooled Grand National. It’s offered with a six-speed manual or six-speed automatic transmission. 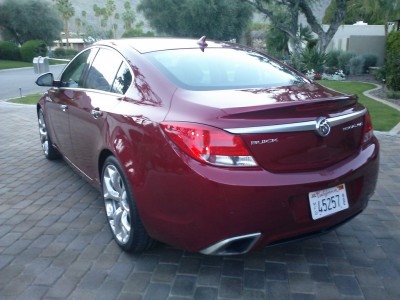 It’s dressed up considerably from the base version, too. It has a deep skirted front fascia flanked by bi-xenon high-intensity headlamps and a unique rear one with dual exhaust ports. There are special rocker panels. a rear spoiler, and 19″ twin spoke alloy wheels with Pirelli tires and optional highly polished 20s. Peek through the spokes and note the big Brembo calipers. Pirellis and Brembos — not a combination normally associated with Buick.The inside is toned up as well. The interior is offered in ebony leather only, with special touches such as a leather wrapped F1-style steering wheel, piano black dash trim. and leather-trimmed sport seats, with pretty wicked bolsters. A special GS Interactive Drive Control system offers standard, Sport and GS settings for the suspension. GM’s Intellilink is standard, along with a killer 336-watt Harmon Kardon Audio system with 9 speakers and XM Satellite radio.

Options are few, and colors are sadly limited. A total of five colors are available: Quicksilver and Smoky Gray are standard, White Diamond, Carbon Black Metallic, and Crystal Red Tintcoat are optional. So out of five colors, three are gray, and three are extra cost. I wake up screaming. (Memo to Buick: The Audi A4 has ten. Love, Jeff) The rest of the option list is equally shortL 20″ polished wheels and performance tires, power sliding sunroof, GPS Navigation.

My test car was finished in the Crystal Red Tintcoat and featured the meaty 20″ wheel package. I found it to be quite a handsome and purposeful looking car, and others seemed to agree. I discovered neighbors in the driveway admiring it, and found it to be a topic of conversation from the couple at the table next to mine when I parked it at an outdoor cafe. All good signs as far as I am concerned. 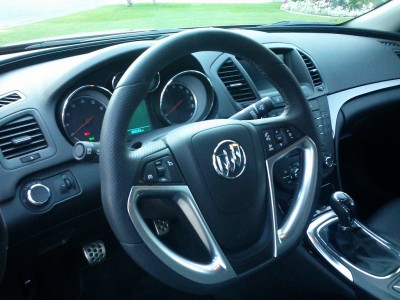 But enough looking, time to see what happens when the rubber meets the road. Touch the starter button and the 2.0 turbo comes to life. It’s smooth — Buick V8 smooth — and the exhaust note is quiet. Shift into first and the car feels powerful, but doesn’t play all of its cards. In fact, you could drive the GS in drive and your impression would be of a smooth, well balanced sport sedan with a poised ride, spectacular handling, and crazy good brakes.

The engine has an excellent torque band, but the automatic felt like it was always one gear too high. The six-speed manual, however, is ideally suited to the car. The shifter is quick and precise — you’d swear that Audi did it — and it’s a pleasure to run through the gears. It’s much more Sweden than Skylark.One thing that still annoys me, though, are the suspension settings. There are three modes: Standard, Sport and GS. There’s a discernible difference between Standard and GS, but the Sport is just kind of there. And annoyingly, the car doesn’t recall the setting past the next off cycle, so it’s touch the button every single time you start the car.I found it happiest in GS suspension mode.  Steering and ride are both tightened, and the turbo soars up to redline without the slightest hesitation. The car is now crazy fun and sticks like glue to the tarmac. The Brembo brakes are killer and bring the GS out of harm’s way in no time flat.

Last year I said  that the Regal GS is the most fun I’ve had behind the wheel of a Buick since the Grand National. And the six-speed only reinforces my conclusion. And while I still want to see Buick go all black and give us Darth Buick with 300 hp, maybe they should call it Viggen instead of Grand National.

Now, about putting the ignition on the floor…