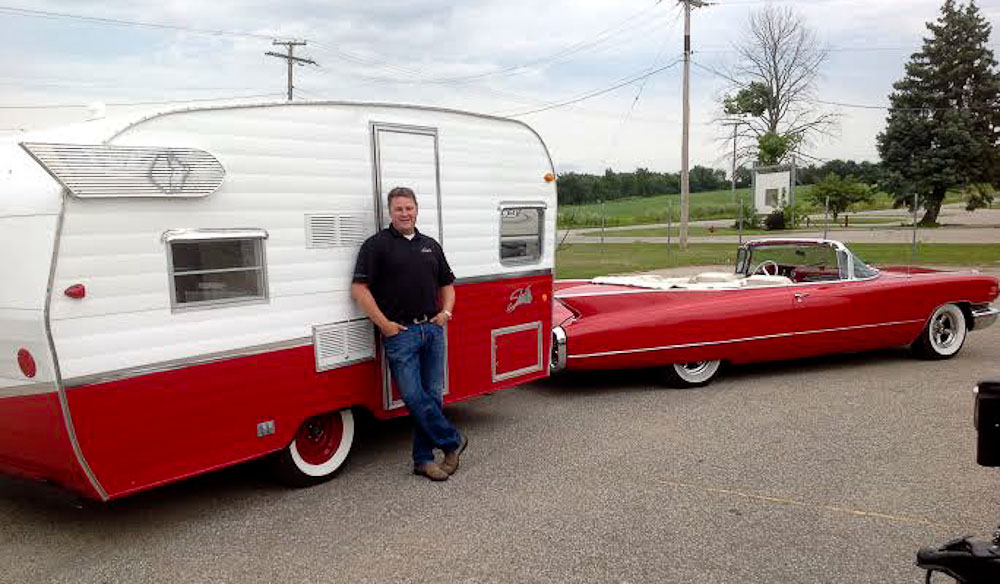 How many times have you been asked, if you could bring back one car from the past, what would it be? Of course, the question is moot, and with the stratospheric cost of tooling and all the safety regulations, it simply could not be done. But it makes for some darn good dreaming.

Well, recently a fellow named Mark Lucas has just such a dream, except as the President of Shasta RV he’s in a position to do more than a dream. He’s been watching the classic RV and camper craze and wondering the best way to step into the water himself. After careful consideration and a lot of reading about trailers and their components on sites like campingfunzone.com, he went out and bought a 1961 Airflyte 16′ trailer and brought in a few engineers to study it and they came up with an idea- they decided to reissue it. Perhaps those interested in purchasing an RV such as this may also be interested in having RV Garage Buildings erected on their property in order to house their new vehicle.

It’s the exact same iconic shape from 1961, complete with the trademark Shasta winglets on the sides. It’s exactly the same size and roughly the same layout as the original, with the same one-piece roof skin. Like most classic vehicles, this RV did need some custom repairs and improvements so it is lucky that there are companies, like AJ Plastics Manufacturing, that manufacturer windows specifically for RVs. While there are mechanical improvements and modern A/C, and there were updated safety regulations that had to be met, in spirit and execution it’s as darn close to the original as you can imagine. He calls it a “90% replica”– true to the original design, but 100% usable with no safety or reliability concerns that you might have with a real 1961 trailer.

They’re making a run of 1,941 (the year they went into business) of the special Airflytes as a commemorative edition to celebrate their 75th Anniversary- although they’re only seventy-four for 2015. But hey, don’t let math skills get in the way of the coolest idea I’ve heard all month. They come in three two-tone schemes: Seafoam Green, Buttercup Yellow, and Matador Red. Expect pricing to come in around the $15,000-$17,000 range.

Best of all, wouldn’t it look perfect behind a 1959 Cadillac? I think I like the Seafoam best.