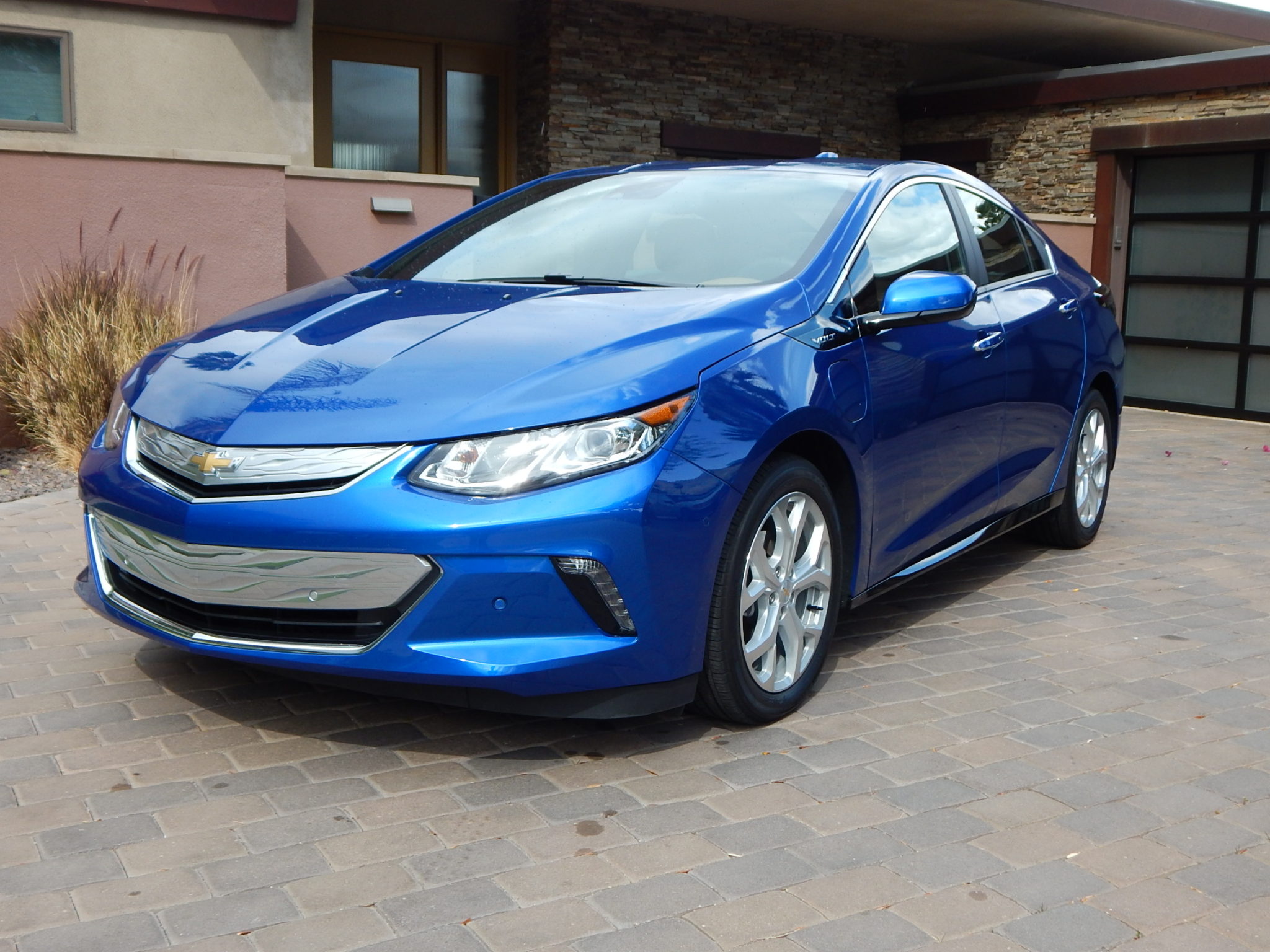 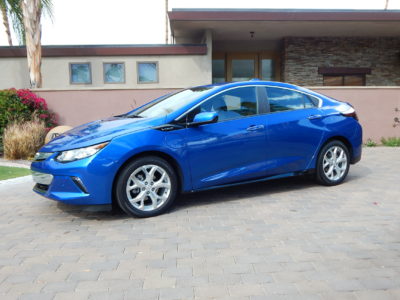 The auto industry certainly moves at a fast pace, but this week is the first time a test car has gone obsolete while I was driving it. It seems that Chevrolet is so eager to get the 2017 Volt out into the market that they’ve pulled it ahead and ended the production run of the 2016 model and pulled the new one ahead.

New one I say, although the 2016 was already all new and the 2017 will have minimal changes. One big change is that the 2016 was only sold in selected markets that were first-gen Volt friendly while the 2017 will be offered nationwide. That plus a couple new colors and optional adaptive cruise control pretty much encompass the changes from ‘16. 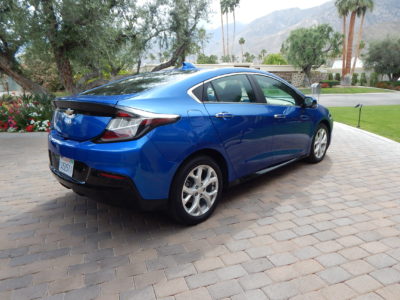 I’ve driven the first generation pretty extensively and encouraged a couple of friends to buy them, so I was more than eager to check out the second generation- and hope that they hadn’t screwed it up. But after a week I admit my fears are laid to rest: the new Volt is even better than the car I already loved.

About an hour after my Kinetic Blue ‘16 arrived, I met up with a friend who had a first-gen so we could compare them side by side. It was then that I began to see the evolutionary aspects of the design. Pretty much all of the elements of the old Volt are still there, albeit more refined. The slab sides now have more curvature and character cut into them. The sharpened nose retains the Volt grille. I began to see the new Volt as an old Volt crossed with a Camaro. 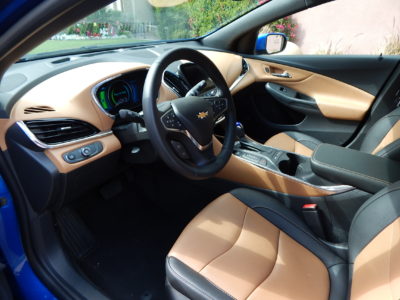 The more refined look continues on the interior. The seats are now perforated leather, the center stack console has been lowered, and the addition of Chevy’s My Link has replaced innumerable buttons on the console and left only a handful of icons on the display screen- much easier to operate. The instrumentation display is similar to the last generation- a green leaf has replaced the Earth icon but the meaning is the same. Two important additions are usage indicator on the right that shows how many kw are being used (or restored through regeneration) and a nifty regeneration paddle on the left side of the steering wheel to allow manual control of the regenerative braking. In my driving, I used the paddle about 90% of the time and only touched the brakes at the very end to stop. The paddle appeared on the Cadillac ELR and is a welcome addition to the Volt. 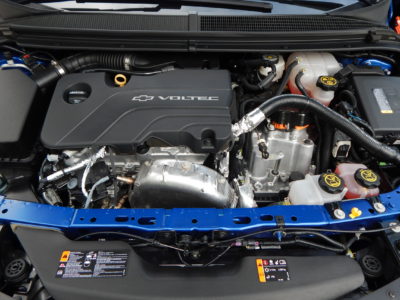 There’s a host of mechanical improvements as well. My Volt guru tells me that the electric range is up to 52 miles on a full charge, up 15 from last year. Further, the fuel economy rating is up to 42 mpg combined and Volt has an overall 106 MPGe rating. The new motor is both 100 pounds lighter and 12% more efficient, and the new battery pack is 20 pounds lighter. The range extender is 1.5 liters versus last years 1.4 and runs on regular gas. Plus the new regen on demand paddle allows the driver to instantly engage regeneration on deceleration instead of losing it to the brakes.

The driving experience is very similar, except that the new one feels a bit more like a mainstream car than the last generation. If you weren’t aware that you were in a hybrid electric, there’s nothing that would jump out at you. Of course, those of us who get into the experience and want to maximize our economy will be focused on the power screens, but someone could easily just get into the Volt and drive it, and that’s huge praise indeed.

To sum it up, the second generation is testimony that the Volt is here to stay. It’s more refined inside and out, has significantly more electric range and better gasoline fuel economy as well. The price is slightly lower (and we hear the 2017 is only $100 more than 2016) and the Federal Tax Credit still applies. If I could put a 240v charger in my shared condo garage, I’d buy it.