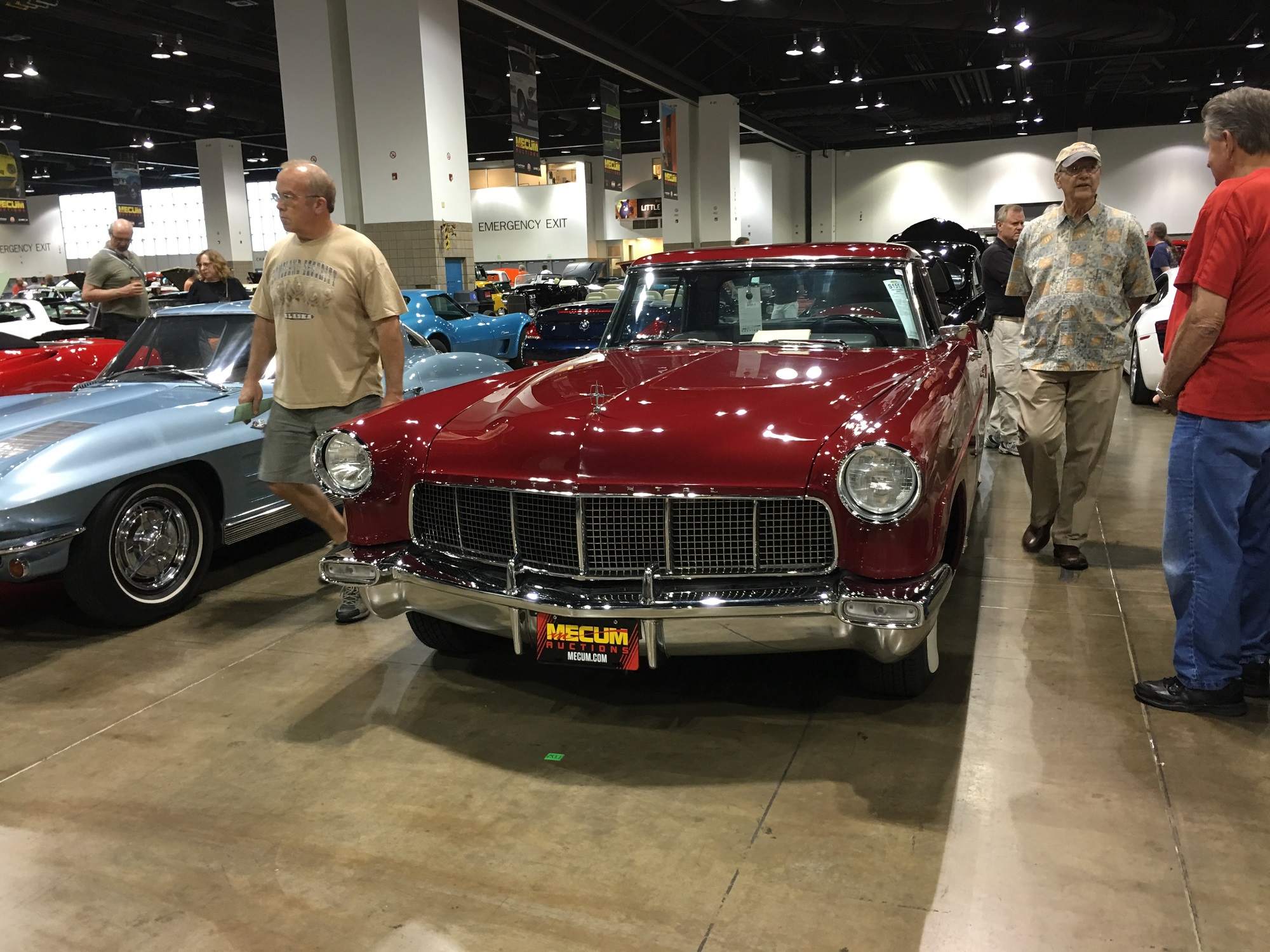 The Denver Convention Center recently played host to the second-annual Mecum Collector Car Auction. The eye-candy in the form of all the vintage cars was lovely to look at. This place is heaven for car enthusiasts so if you’re the type to have sports car prints on your wall or have your jaw drop to the floor every time you see a nice car pass by, this is the place for you.

This year’s event featured two private collections, modern supercars, vintage classics, and the ubiquitous muscle cars that the Mecum has become known for. The dazzling spectacle of bright lights, revving engines, barking auctioneers, cheering crowds, and the constant buzz of activity as cars rolled on to the red carpet made for a terrific mix of chrome, horsepower, testosterone, and exhaust. All added to the excitement and thrills that typically mark a Mecum Auction–an atmosphere that helps drive a buying frenzy. 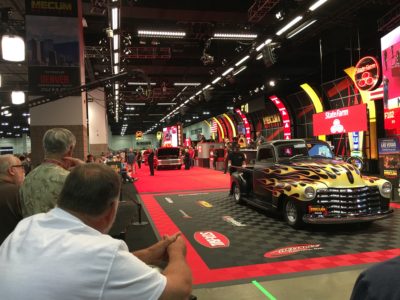 Established by President Dana Mecum in 1988, Mecum Auctions remains a family-run company headquartered in Walworth, Wisconsin, offering more than 20,000 lots per year. The Mecum Auction Company has made a successful cash-cow of the travelling auction circuit party (kind of like Bearracuda for cars). Its pay-model ensures Mecum gets a cut of all the action–flat fees from the consigners and bidders as well as a percentage of the sale price. The public pays too, with a hefty $30 spectator price that doesn’t include parking–and don’t forget the Mecum-branded apparel, accessories, and novelties called Mecum Gear, plus overpriced concessions. It’s all about the cash…I mean cars.

Below, you’ll find Friday’s green sheets with descriptions and lot numbers. They testify to the interesting and eclectic blend of vehicles up for grabs–a mish-mosh of classics cars and trucks, replicas, and resto-mod (restoration and modification) racing cars. There was also a fair bit of junk that really didn’t belong–models that were not-yet vintage or the height of banality like the 1998 Eagle Talon, which you’d find parked next to something rare and special like the 1938 Lincoln Model K Limousine or 2010 Ultra4 race car. That said, vehicle restoration is no joke. A lot goes into getting a car looking it’s very best inside out. From interior works and engine tweaks to 3-day Paintless Dent Repair in San Antonio and other countrywide body-shops, it is safe to say these vehicles have undergone a great deal of improvement to look as good as they do. 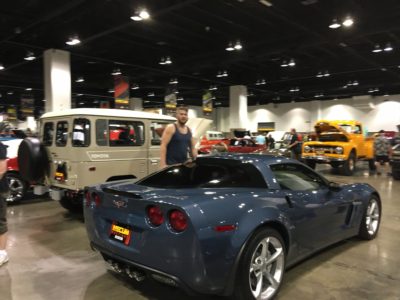 After reviewing the line-up, I found myself hard-pressed to choose just one overall favorite, but if I had to, I’d go with the 2006 Ford GT Heritage Edition and its tribute to the team at 24 hours of Le Mans of the late Sixties, decked out in the legendary blue and orange Gulf-liveried finish.

My companion (pictured with Corvette) and I had a good time, all in all. My biggest complaint was with the inadequate ventilation of the convention hall: vehicles were allowed to start and then left running, so after a time, it felt like a Stage One Smog Alert.

Thanks to John Kraman, Kate Lynch, and David Morton for the free passes. At the pre-event media party it was stated that this year’s goal was over $12 million in sales, and I’ll be looking forward to next year and if they try for 800 or more – SOLD!