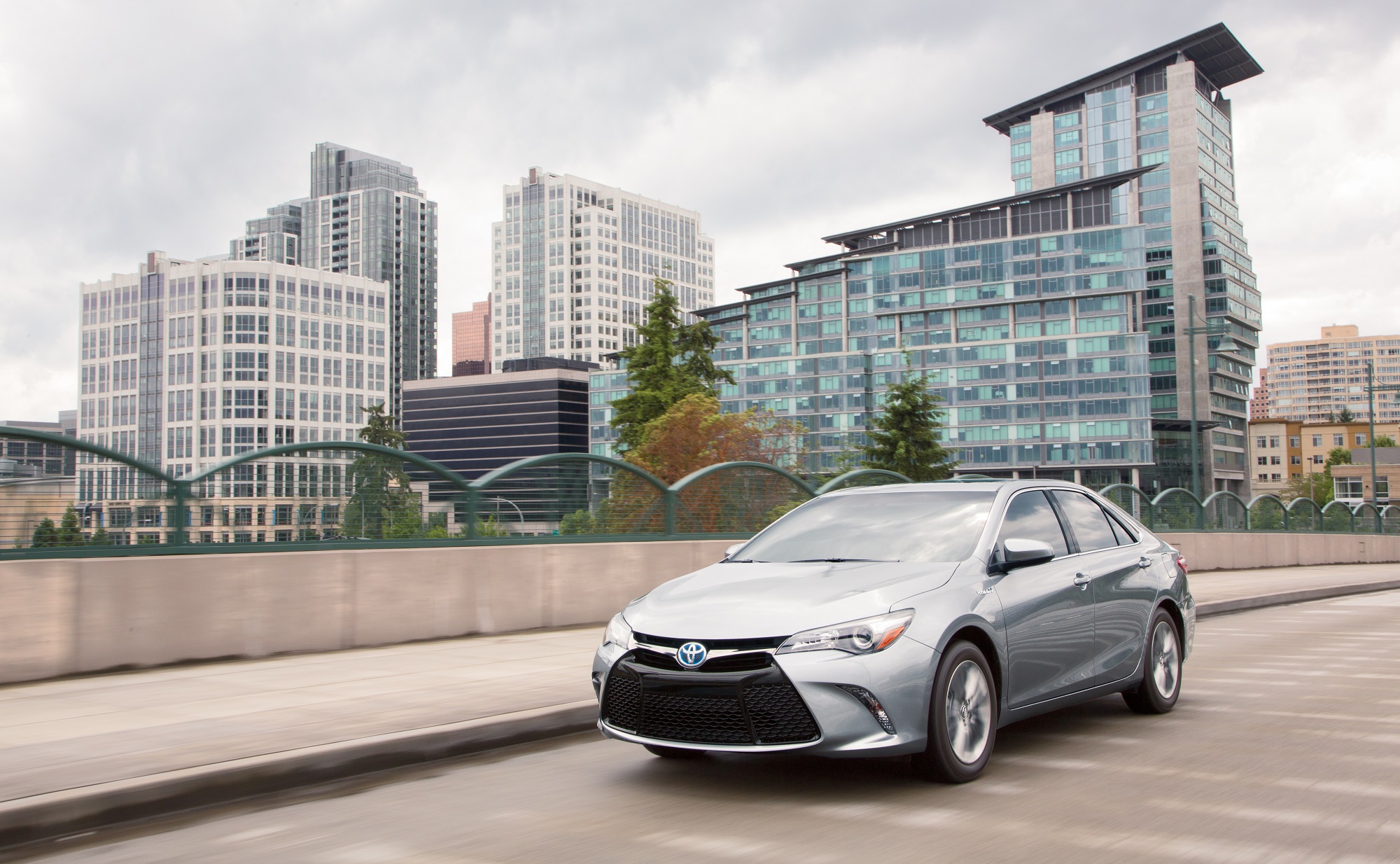 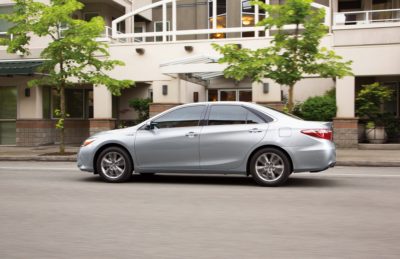 Apparently, I have a reputation for really liking smart practical cars that aren’t particularly fast or overly flashy.  Mind you, I love flash and glitter, but in the morning, ultimately I need something that will get me going. Safely. I find the 2017 Toyota Camry Hybrid to be practical. And comfortable. And worth the money you earn as “She Works Hard for the Money” plays on the loop tape in your head.  How gay is that?

At the core of a hybrid’s appeal is its mileage.  Combined mileage for the 2017 Camry Hybrid is 40 miles per gallon. If for no other reason, that should be enough to drive you to a hybrid.  Throw in some practical luxury and plenty of room inside, and this year’s Camry makes sense for your family.  Or your bachelorette lifestyle.  Or your life.  Or your style.

There is a fair amount of kick when you punch the accelerator.  Often with hybrids, there is a lack of punch, and that’s because these cars are not meant to be peppy. Somewhat surprisingly, some reviewers feel that the Camry Hybrid has more punch that the gasoline-only Camry. I know for many people they want a kick in the pants every time they give it the gas.  With the 2017 Camry Hybrid, you won’t be disappointed on that front. 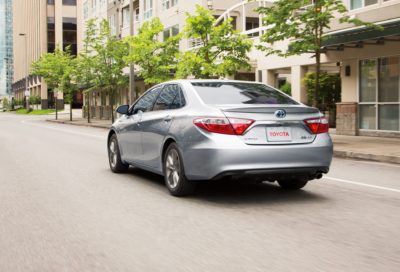 When it comes to giving a girl some room, there is plenty of passenger room but limited cargo room inside.  That’s the long and short of it on interior room, to be honest. Hybrids across the board have less cargo room than their gas-only counterparts, mostly because the battery has to go somewhere, and that space is best under the boot (or hatch). This year’s Camry Hybrid has a generous amount of interior room for all the friends you will be making this year once your tax refund is processed.

I’ll admit, I am still trying to come into the 21st Century when it comes to car tech. That said, I found the technology on this year’s Camry Hybrid to be easy to use and not too complicated.  There are perhaps areas where Toyota’s consumer technology is lacking, but I’m not the one to ask about that.

(Hint: your parents would like this car. Like me, they probably want to just hop in a car and drive.  They can do that with this year’s Cam Hy.) 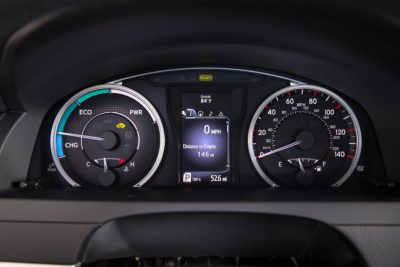 I tested the 2017 Toyota Camry Hybrid XLE, which the top trim. At just over $30K, this may be your best bet if you get a Camry Hybrid.  The XLE trim comes with leather, heated front seats, JBL sound system and a wireless phone charging area, among other nice features and featurettes. If you want items like a power moonroof or automatic braking, you’ll need to buy additional option packages. Okay, so maybe it’s not that perfect.

I’ve become attracted to hybrids over the last few years, mainly because they are much better performers now than when they first premiered.  Electric is the way of the future, but right now gasoline really does rule the world, or at least our little corner of it here in the United States.  Here are some fun facts about gasoline that are worth knowing, especially if you are concerned about your carbon footprint.  Click here for those fun facts, such as a man named Rudolf Diesel invented diesel after first trying to use peanut oil as fuel. Who knew, girlz, right?

What does the future hold for gasoline engines and hybrids?  I wish I could tell you what the immediate future holds for the United States, much less energy….

I have never been more concerned politically than I am now.