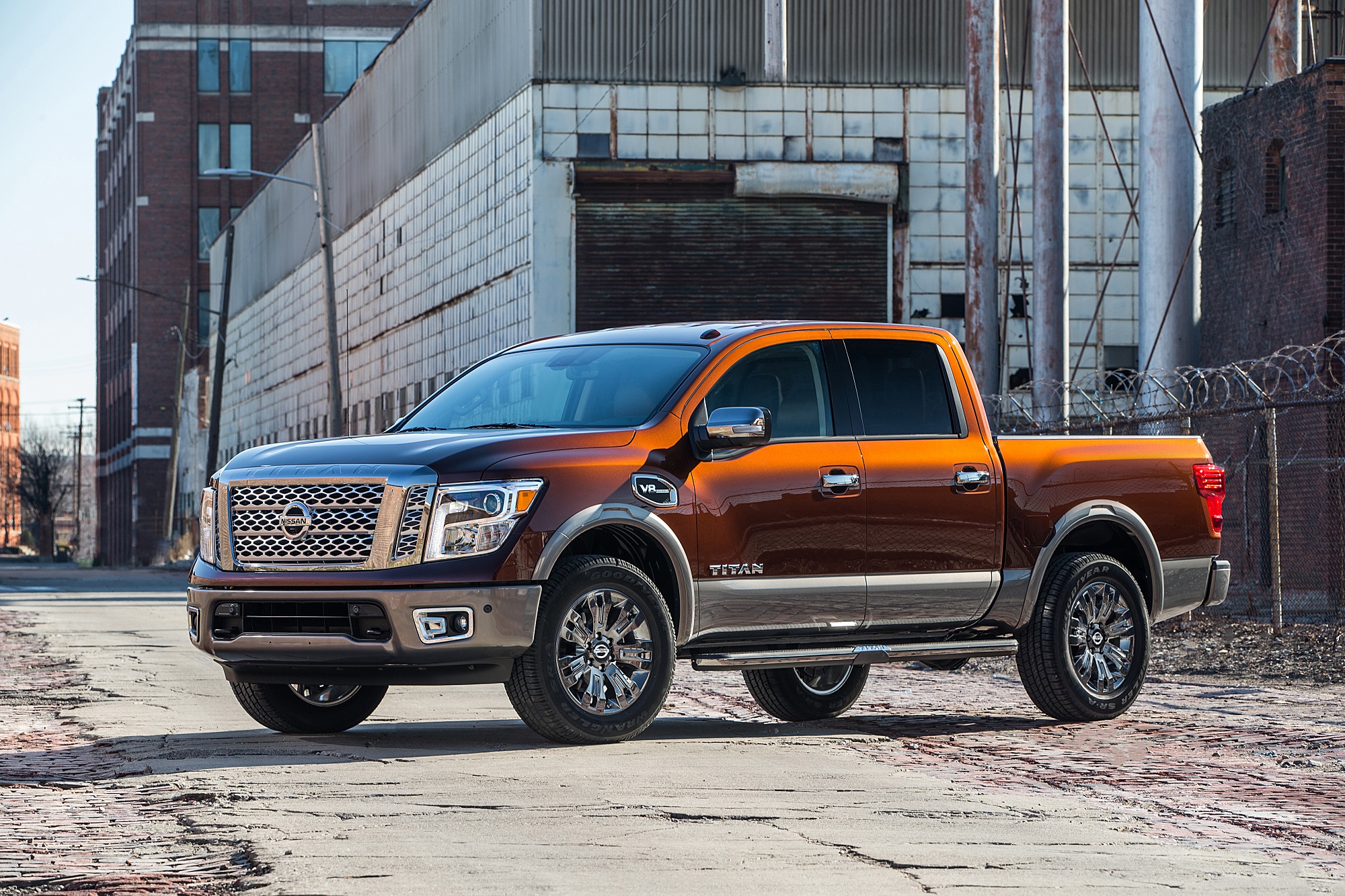 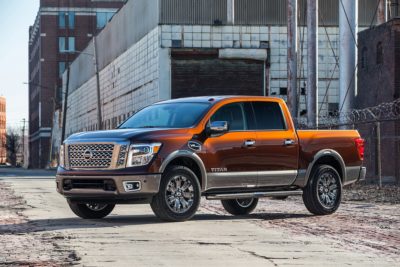 No cowboy worth his bedazzled hat could deny the Nissan XD “extra duty” pickup its place in the sun. Vibrating with the thrum of its Cummins Diesel engine, it gets your libido all revved up. The XD split the difference between heavy duty and lighter duty full-sized, but it was a little too much for the average truck buyer more likely to haul camping gear or mulch rather than Bessie the Bovine. That’s where the new lighter duty Titan V8 comes in. It’s even better in ritzy-ranch Platinum Reserve trim.

There’s still an uncanny resemblance to Ford pickups, but the Titan looks handsome with its big chrome grille, flexed fenders, and 20” Dark Chrome alloy wheels. Buckle-size chrome fender vents hold V8 logos – in case you had no idea what you to the rodeo or insist on telling everybody your engine size. Kick down the cool retractable step to ease getting into the bed – more functional with handy tie-downs and LED lights. Get in there and get busy! Extra chrome and “Platinum Reserve” lettering on the tailgate finish dressing this hoss. 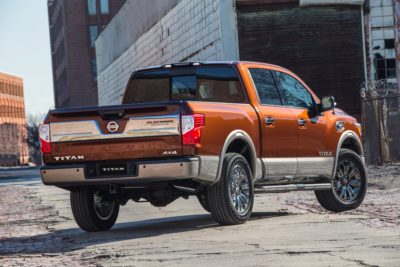 Stoked to move big boys and their toys, Titan stomps out with a 5.6-liter V8 engine that delivers 390 horsepower and 394 lb.-ft. of torque. It’s all routed to the road through a 7-speed automatic transmission and four-wheel-drive system sporting a 2-speed transfer case with 4Hi and 4Lo gearing. The transmission features a tow/haul mode to optimize shift patterns with trailer out back. Unloaded, expect 15/21-MPG city/hwy. Yep – he eats a lot, but what did you expect with a full-size crew cab pickup? 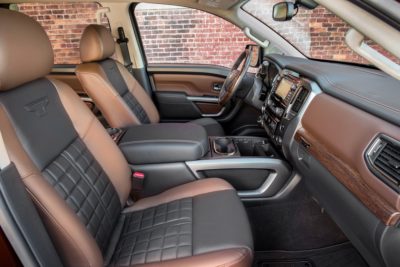 Not only is the engine refined, but so is ride and handling. Many full-size pickups feel like it would take Houdini to park it, but despite its name, the Titan is not overwhelming when slipping through rush hour traffic. Even over rough pavement, the chassis was poised and controlled. Out on the Interstate, it settled down and glided on. Steering feels precise no matter the road. It’s not as quiet and refined as an Armada SUV, but it’s not far off. At any rate, it’s a darned sight better than the big bounding first-generation Titan.

Almost nobody took that old Titan as serious competition for the Ford F-150, Chevy Silverado, GMC Sierra, Ram 1500, and Toyota Tundra. In fact, Titan was the worst-selling full-size truck available. With a considerably more refined interior, styling, and driving experience, this one has what it takes to be a star at any ritzy ranch. A base price of $29,580, or $56,595 as tested, makes it a pretty fair deal.