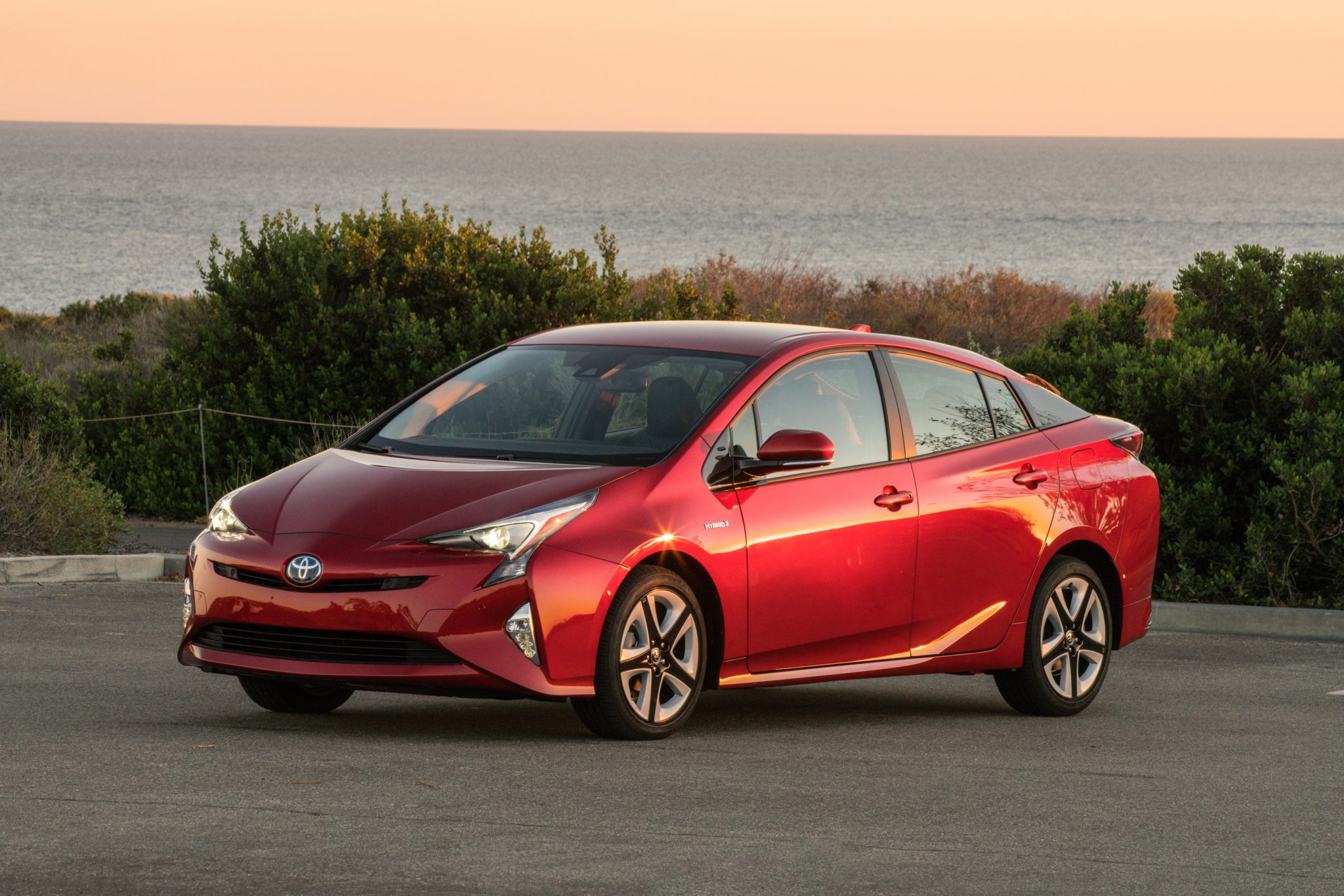 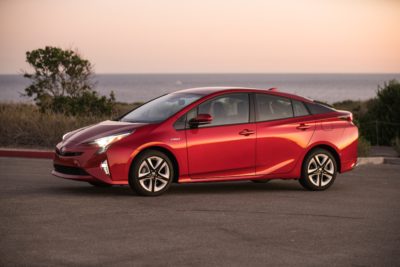 When you look at the Monroney sticker for the 2017 Toyota Prius Four Touring trim, the number 52 jumps out at you in big bold black letters.  Why? That number 52 is for the combined mileage of this hot little car. 52. Fifty-two! That seems so large and so impressive because it is.  City mileage is estimated at 54 mpg and highway mileage comes at 50 mpg. (It’s always reversed like that on hybrid cars because you use electricity and thus less gas on a hybrid in the stop-and-go traffic in the city, where energy is regenerated when you put on the brakes, unlike many a hipster night when you hit the brakes and the party dies.)

As if that’s not enough, now standard on all 2017 Toyotas is the Safety Sense package, which comes with many important features like antilock disc brakes, stability and traction control, front side airbags, full-length side curtain airbags, a driver knee airbag, passenger seat cushion airbag, rearview camera, forward collision warning, forward collision mitigation with automatic braking, and lane departure warning and intervention. On the Four Touring, also standard is blind-spot monitoring with rear cross-traffic. (I still would not advise juggling nail polish, shaving, lattes, and eyebrow pencils while driving, but just in case you do, this car might truly save your asp.) 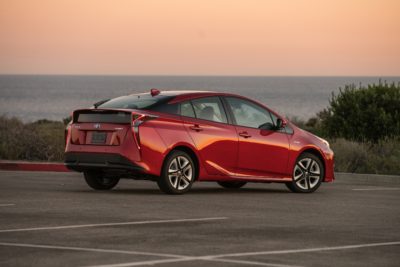 The Four Touring trim is the top-o-the-line trim for the Prius, coming with such standard items as imitation leather upholstery with contrasting white stitching, which looks pretty snazzy. You also get a rear cargo cover and heated front seats, among other items, all for a price of $30K, which is a little over $5K more than the base Two trim. (Someone got overtime pay thinking of these Two, Three, and Four trim names.) You can get a moonroof or a JBL audio system for extra money, but only on the Three or the Four. (I can’t keep my 2-3-4s clear either, so if you want a Prius, which is a great hybrid car, get something to calm you and then start exploring all the trims.) 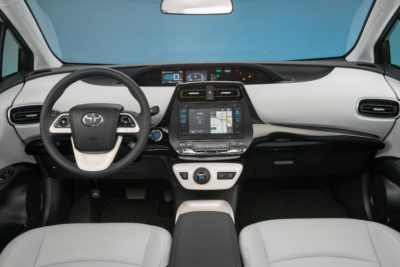 The only flaw for me may be a sign of things to come: all the dashboard instruments are smack in the center of the dashboard and not in front of me where I like to see them. There is a big reason for this: if you put the instrument panel smack in the middle of the dash, you have more room and thus can have a bigger display.  You can have all kinds of real-time information and even a cute little cartoon right there for you and your Mystery Date to see. It takes some getting used to, to be sure. Be sure to take time to get into the driver’s seat, breathe and then learn how to operate the Prius Four Touring at your own speed and leisure.

Now that your Obamacare should be with you for the foreseeable future, that extra $500 a month you were saving to pay for U.S. House Speaker Paul Ryan’s not-affordable health insurance can now be spent on a car that will fulfill all your needs. And going from the base Prius to the Prius Four Touring will definitely be a lot less than the $500 a month you were saving to spend on that health insurance that we know you buy before the cell phone upgrade some Congressmen say you shouldn’t consider if you are poor.