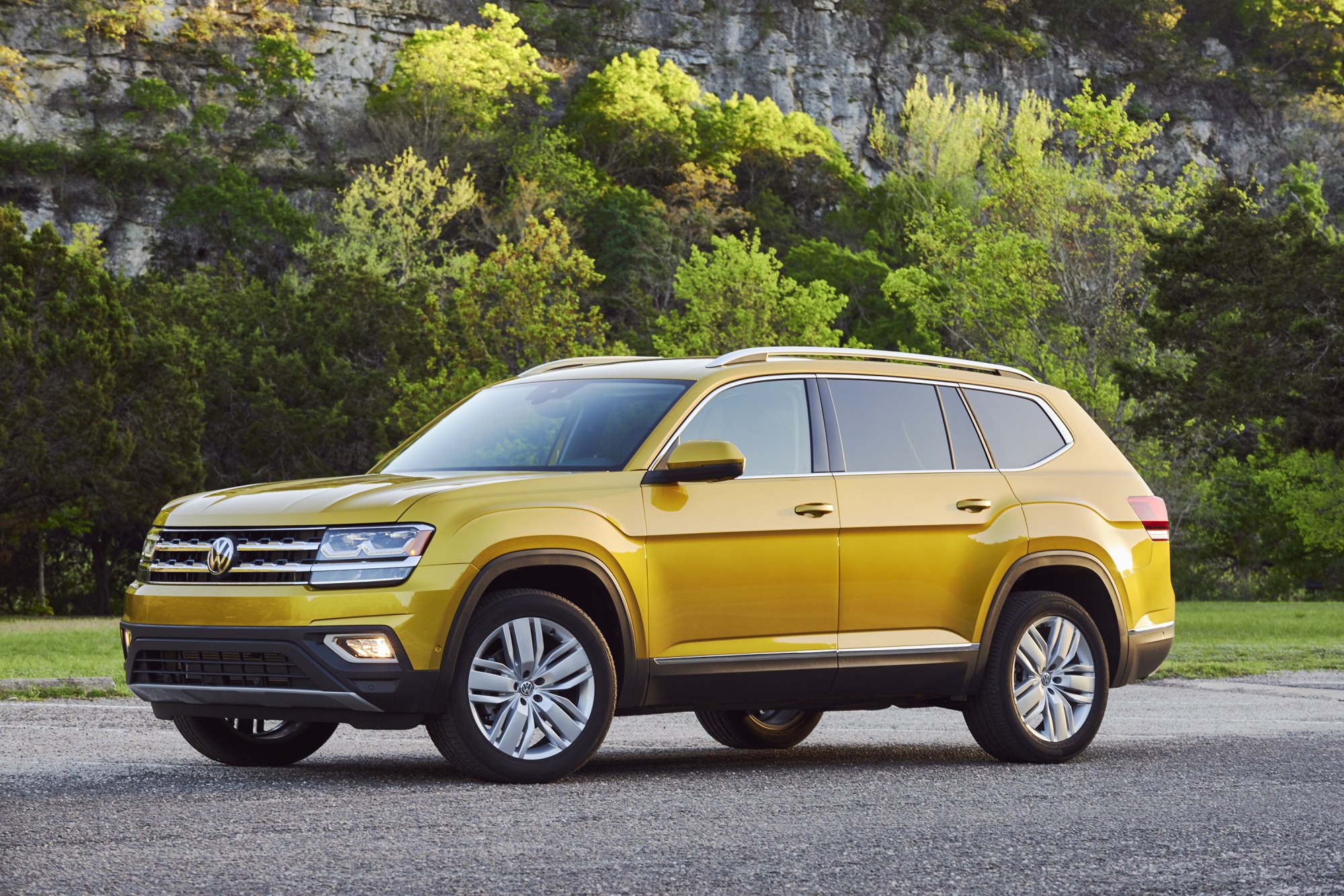 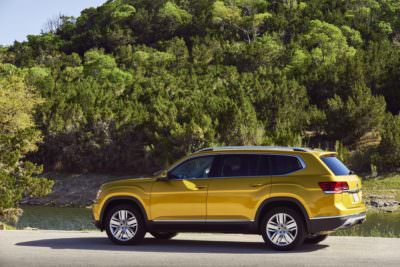 Somewhere in the back of our collective minds, we still associate Volkswagen with Beetles. And while VW still builds very cool little Beetles, it makes its mint on sedans, wagons, and crossovers like the Passat, Jetta, and Tiguan. But, none of those cars are large enough for a tribe of seven and their gear. But now, Volkswagen opens its Atlas to very big trips.

Built alongside the Passat in Chattanooga, Tennessee, the Atlas is a very roomy crossover for very large and adventuresome American families–whether that’s by blood, love, or both. Plant a look on the big wide bulldozer grille to know this is no slug bug. It looks like it could shove its butch beak right through the back of a dump truck and keep on truckin’.

When you get near the Atlas, you realize how big it is. The Touareg looks like a Tiguan by comparison. Designers did a good job of hiding its masses of sheetmetal with deft sculpting over the wheelwells, crisp bodylines, chiseled hood, and wide Audiesque taillamps, but 18” wheels seem small under it all. Check the trailer hitch in the back and power lifting/sliding panoramic sunroof above. Step back a few (or twenty) steps to realize it’s a pretty sophisticated-looking box on wheels. 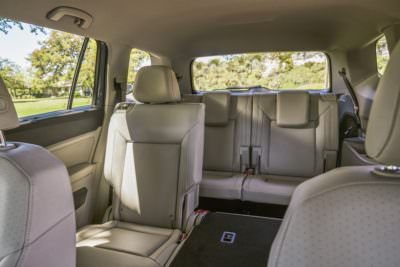 Those riding inside will find a roomy cabin that’s all they expect from an American Volkswagen. As with the Passat, designers prioritized space over absolute material quality (there’s plenty of hard plastic), but instilled the impression of luxury with piano black console, woodgrain on the dash/doors, stitched dash coverings, and aluminum look finishes throughout. Leatherette seats are supportive and can be washed down should adventures soil them. Tri-zone automatic climate control blows ice cold in summer.

There’s much convenience, too. Second-row seats slide forward easily for access to a relatively roomy third row. A power hatch allows access to a 50/50 split/fold flat rearmost seat. Bluetooth and USBs connect your devices to a sweet-sounding audio system. VW’s new touchscreen not only looks like glazed ice, but is easy to use with proper buttons for volume/tuning and swipe controls should you like to conjure your infotainment.

Keeping the safety of families in mind, the Atlas is available with all the latest crash-avoidance gear. Adaptive cruise control, forward collision alert with crash mitigation and pedestrian detection, and lane departure warning are the big tech, but there’s also a rearview camera, blind spot warning, and rear cross path detection. 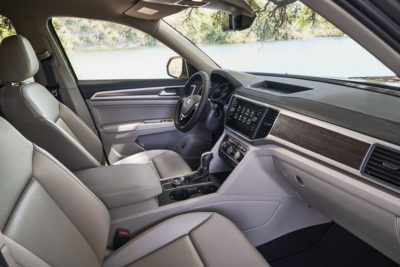 A four-cylinder option will be available, but our big wagon chucked itself down-road with a 3.6-liter V6 engine that delivers 276 horsepower and 266 lb.-ft. of torque – all routed to the 4Motion all-wheel-drive system through an eight-speed automatic transmission. Click yourself happy with Tiptronic manual mode. If you thought Volkswagens were fuel misers, think again. This one achieves 17/23-MPG, and that’s with annoying auto stop/start.

A few additional thoughts…. Nearly three hundred ponies would seem potent, but the Atlas is no pocket map and thus requires ample oomph to get it moving. You’ll keep a deeply-planted foot in the throttle. The chassis feels light and athletic, thought a sport sedan it is not. Expressing sophistication, though, 4Motion can be adjusted for Dry, Rainy, Snowy, or Rough surface conditions. Fuel economy is ridiculous, but at least the Atlas can tow 5,000 lbs.

Volkswagen may have opened it big, wide Atlas to passengers and travel, but owners won’t have to open their wallets quite so much. A base price of $30,500–$43,615 as tested–seems reasonable. Competitors include the GMC Acadia, Honda Pilot, Toyota Highlander, Ford Explorer, and upcoming Subaru Ascent. 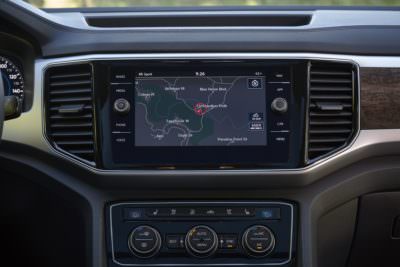