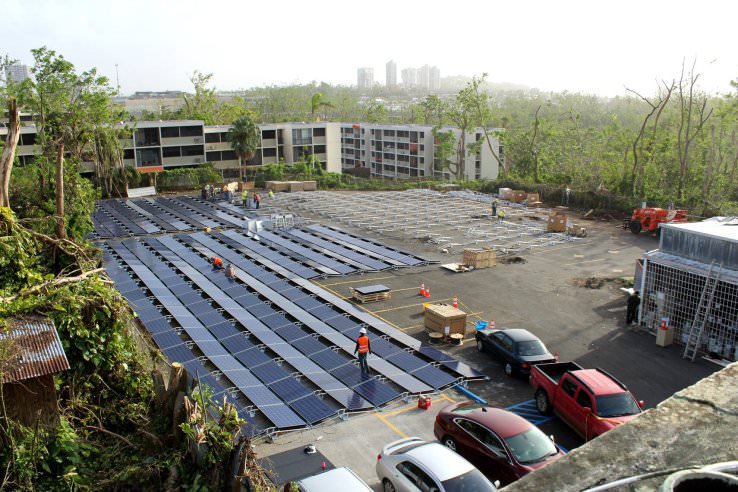 One of the remarkable things about Tesla CEO Elon Musk is his ability to see the big picture. While some automakers might be content to build beautiful electric cars (or even ugly ones), Musk’s has no intention of stopping there. He sees EVs as just one in a series of massive changes that will shift Planet Earth away from fossil fuels and toward renewable energy sources.

Much of the world is already onboard with that idea, but if you’re still lingering at the shoreline with eco-skeptic Scott Pruitt, consider what Tesla’s Powerwall division is beginning to do for Puerto Rico following the devastation wrought by Hurricane Maria last month. Here’s a tweet from yesterday showing a new solar project being installed at a hospital:

Hospital del Niño is first of many solar+storage projects going live. Grateful to support the recovery of Puerto Rico with @ricardorossello pic.twitter.com/JfAu11UBYg

Reliable power. From the sun. No dependence on the grid. How’re you gonna argue with that?

There’s more at Techcrunch, if you have time.