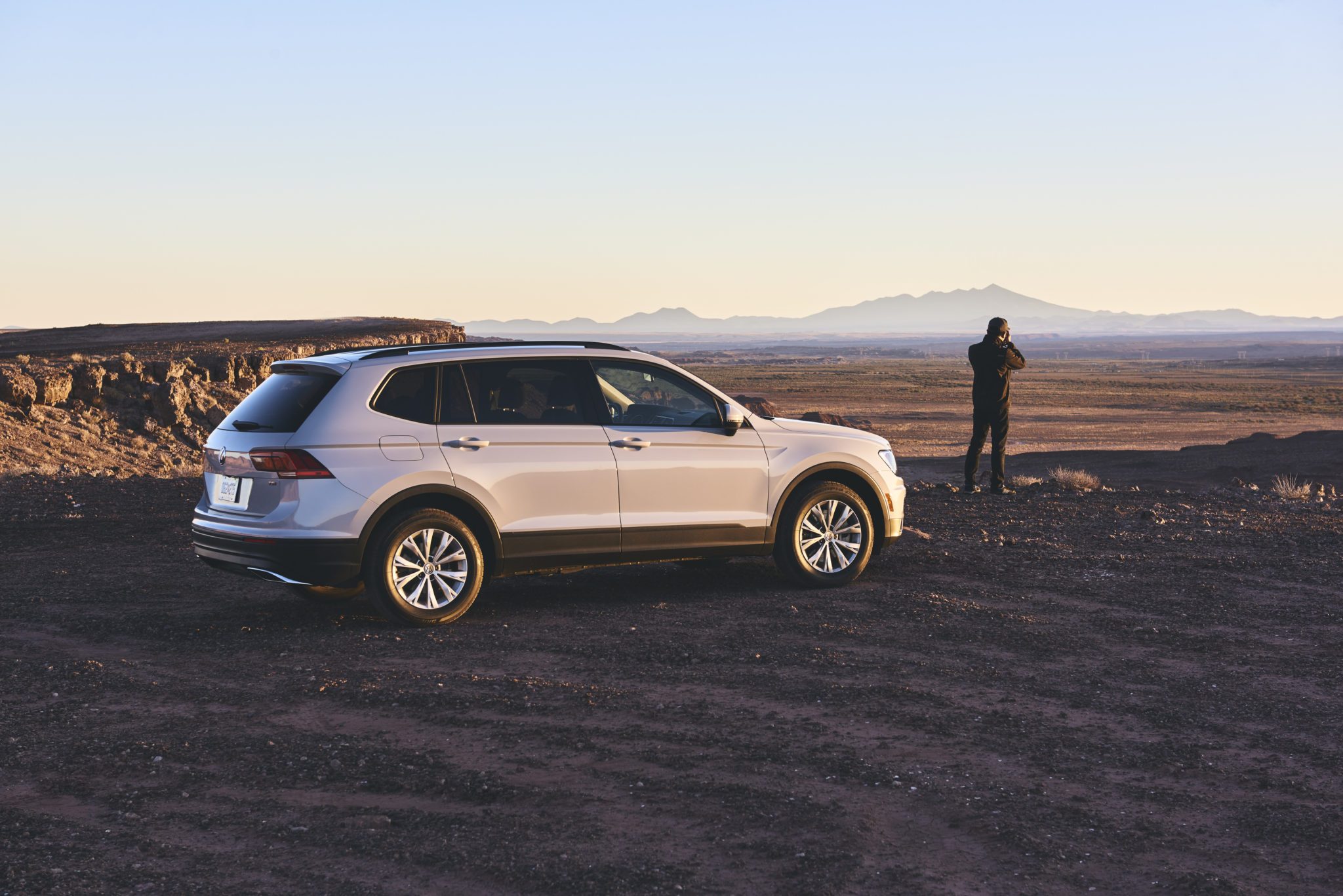 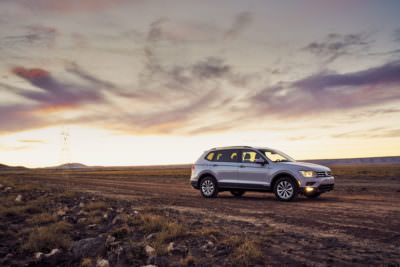 Praise for the all-new 2018 Volkswagen Tiguan is universal–in America at least.  Previous iterations weren’t so lucky: the Tiguan was a lost, smallish-biggish SUV that couldn’t find its footing. Not enough pep, not enough room, hard to figure out: few had praise for it…until now.

I recently drove the 2018 Tiguan 2.0T SE along the Atlantic sea coast of Maine, having a gay ol’ time all the way. I got to see some great American sights and natural wonders, including a lost seagull who sensed that I was a nice guy with a lot of popcorn.

For leisurely driving, the 2018 Tiguan is indeed a car that can be enjoyed.  There is more interior space this year: an additional ten inches of length, which translates into almost 60% more interior space compared to 2017.  That does make a difference, but admittedly, 2017 and prior were a bit cramped, in the rear and in front, so even a few inches could make a positive impact going forward. 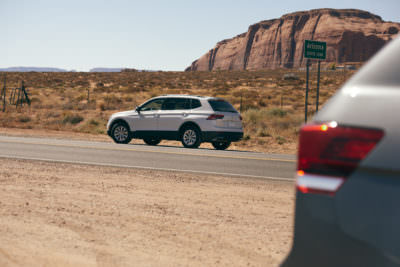 In the royal house of Volkswagen, the Tiguan fits nicely between the Golf and the Atlas.  The Golf is kind of a smallish SUV but with a lot of spunk and power, mostly due to its turbocharged engine, but a tip of the tiara to the engineering as well. The Atlas is a bigger ‘midsized’ SUV that is easier to get into and out of, especially for more full-sized gals like me. I admit, I always examine how a car will fit into an urban hipster parking space, and on that front, the Tiguan does well. I am getting more room with the 2018 Tiguan, which means more shade to cast. And throw.

I will also admit, I do like the Fender sound systems that are now part of the Volkswagen lineup. With easy-to-use navigation, I found it pretty easy to go from national monument to lobster house to gay cruising spot (for social dis-course and other -courses). I think it’s always a gamble when any company signs an exclusive deal with another company, but the deal signed to carry only Fender audio systems seems to have paid off well for Volkswagen.  My symphonies and timpani sounded great, as did the steel drums and pan flutes. 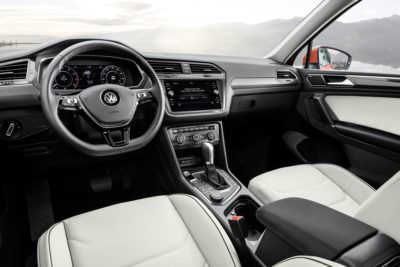 For the ride, you get a standard 2.0-liter inline-4 turbo that coughs up 184 horses and 221 pound-feet of torque. This is same engine that is standard on the Golf.  To me, it does seem to be more sporty on the Golf, probably because it’s a lighter vehicle. Still, for the Tiguan (luxury, Tiguans and bears, oh my!), this is a much-improved vehicle that is worth consideration, especially if you lead one of those LGBTQ ‘active’ lifestyles.  Not sure what that is, but I’ve seen people at fundraisers who look like they live that kind of life because they don’t spill peanut-cilantro-chutney sauce on their stomachs (because they don’t have stomachs).

All that being said, if had to choose between the Tiguan and the larger Atlas, I’d probably go for the Atlas. That Bear of the Month is charging off the production line and charming the cash off everyone. The only thing that may be working against it is a perceived lack of cache that many people with disposable income now feel they have to have in a car. I say feh. Cache and beauty are of little value when I need to get work done. (Wait, I don’t do any work–or so I’m told).

Volkswagen has come out with some impressive cars for 2018, and the company is very much aware that it must do a lot to regain trust after the whole diesel emissions fiasco. I think Volkswagen are on the right LGBTQ track, which is always the A-Train on the way to Funkytown and other gay/disco destinations.